Some interesting Amish in the News today, first off, straight from the fashion runways of Europe! 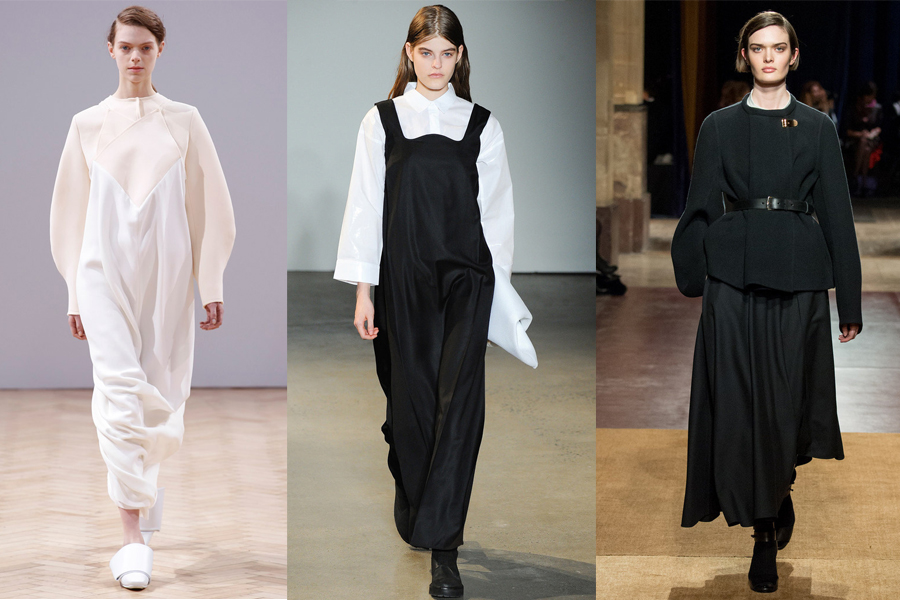 Amish style, coming soon to a store near you?

AMISH FASHION:  I found a trendy looking Spanish lifestyle magazine called Nosotras which is suggesting that elements of Amish style are going to become the latest trend.  I'm a little skeptical that these clothes will catch on, but maybe.  Probably a splash of Amish modesty brought into the ever shrinking clothing found at retailers might not be a bad thing. I don't know. What do you think? Would you wear this.   I don't think they'll be giving our friends art MennoniteMom and Friends Patterns a run for their money any time soon!  Click here read the this article about Amish fashion and unless you are fluent in Spanish, you'll have to hit the translate button!

MORE ROSANNA:  If you'll indulge me, one more bit about Rosanna and her family's win in the national "Slow Money" competition.  She made Forbes magazine this week, now THAT is impressive!  Click here to read the article and congrats Rosanna!

SIMPLY AMISH: If I may pat myself on the back, I sort of pioneered the concept of an "Amish newspaper column" back when I first launched the Amish Cook in 1991.  Since that time many really, really good Amish writers have gone on to either pen books or pen newspaper columns.  But The Amish Cook column was a ground-breaker.  Simply Amish is a short, twice-monthly column written by Indiana Amish mom Arlene Schmidt and it appears exclusively in the New Castle paper.  She seems like a good writer with a gift for storytelling.  Schmidt is not a terribly common Amish surname and from what I can tell she has roots in the same Berne, Indiana settlement that The Amish Cook started in.  Click here to check out the column.

MORE MEXICAN MENNONITES:  Regulars here know that I'd love to some day visit the Mexican Mennonite colonies.  Probably one of my most realistic options would be to visit the colonies in Chihuahua, which is close to the border with Texas. But for now I can just read about it.  Click here for an interesting article that gives insight into the agriculture of the Chihuahua colonies.

BYE-BYE BUGGY? A staff writer for the Philadelphia Inquirer asks:  Is it time to retire the horse-drawn buggy? She argues that the roads are just too dangerous to be shared, that the 19th century shouldn't co-exist with 21st century trucks. What do you think? Click here to read her short essay.