ARRESTS:  This is a perplexing story.  Four young non-Amish adults arrested for burglarizing Amish homes.  Not sure what they could have been looking for, unless they were under the notion somehow that the Amish really do keep a bunch of money stuffed in their mattress or that they don't have phones (many, many of them do have phones now).  So, anyway, I am glad they were caught but wish I wish we knew what they were after....click here to read more.

BALTIMORE HORSEMAN AND PENNSYLVANIA MENNONITES:  I don't have much to add to this except to say that it is a fascinating story. I LOVE stories about hidden subcultures and, in this case, we aren't talking about the Mennonites, but about a small band of horseman in Baltimore.  Click here to read. 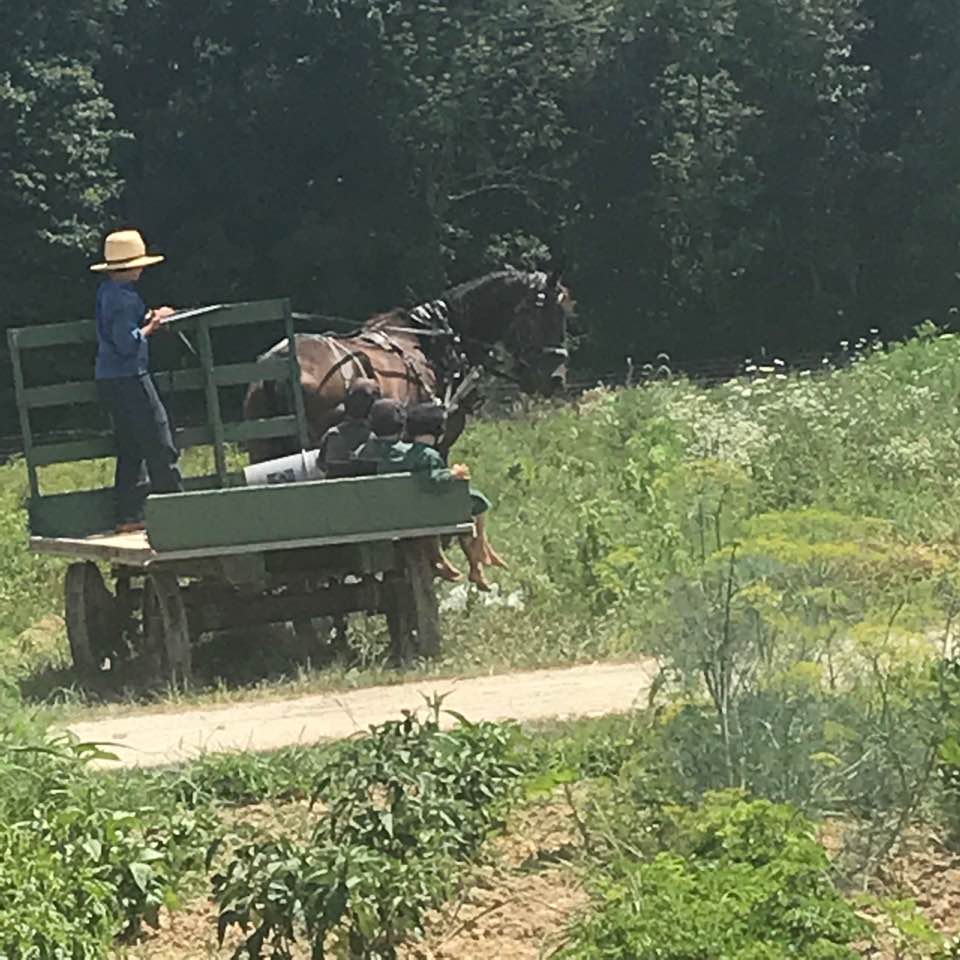 MILLIE'S HOMEMADE VEGGIE JUICE:  Maybe I should try this...I have enough difficulty eating my veggies, maybe I'd do better just throwing in the towel and drinking them.  Click here for the latest from Illinois Amish columnist Millie Otto and her homemade vegetable juice recipe!

HORSING AROUND ON PRINCE EDWARD ISLAND:  The Amish population has really blossomed since they first put down roots in this Canadian maritime province a couple of years ago.  This is an article about Amish farrier who  is finding his trade in high demand in the Maritimes.   What struck me about the article is the farrier's last name: Kuepfer.  While I certainly don't claim to know every Amish surname, that is not one that has been on my radar.  Most be very local to the Canadian Amish.  Click here to read more.

HOMEMADE PENNSYLVANIA LEMON BUTTER:  Man, this sounds good.  It's not Amish per se, but the recipe was featured in Farm & Dairy this month and has Pennsylvania origins.  I've seen Amish butter on some Amish menus, so, yeah, enjoy! Click here for the recipe.