Lots of Amish in the News today so let's jump right in!

AMISH MAFIA - How Far Would YOU Drive?:   Esther and John Schmucker, two siblings from the show Amish Mafia, were meeting throngs of faithful fans in Lancaster over the weekend.   Here's one piece from the article: The two women traveled more than five hours from their homes in Ohio to Lancaster Saturday to meet their two favorite cast members of the television show, Amish Mafia. Okay, please forgive me for being repetitive here, but these people driving five hours from Ohio to see these actors...I have zero problem with that.  More power to them. In fact, I have zero problem with Amish Mafia IF viewers know that the show is fiction. 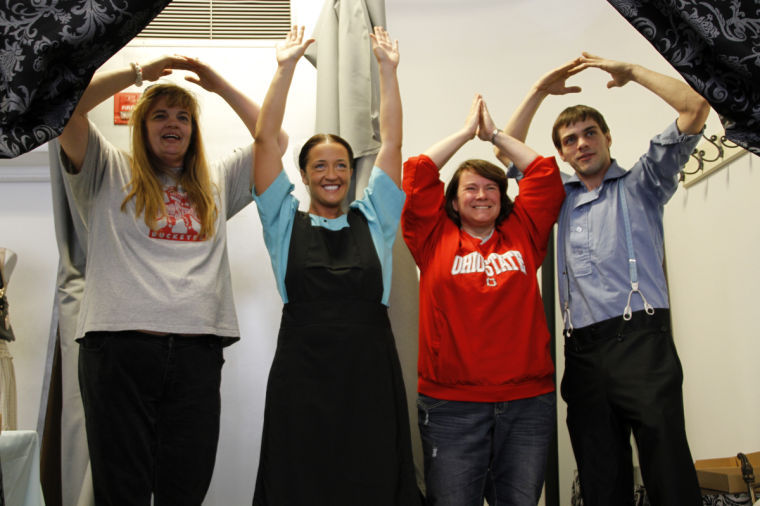 It's no more real than Star Trek, Bewitched, Alf, (boy, I am dating myself) or the Incredible Hulk.  There is no Amish Mafia.  There's no scintilla, no shred of reality to this "reality show."  So as long as people watch it to be entertained, no biggie.  Personally, I get troubled when I read about college students like these being so mesmerized with the show. I sure hope they know it's pure fantasy that they are watching.  And, again, there's nothing wrong with fiction or fantasy if labeled as such.  Okay, enough..click here to read about Esther and John's public appearance before the faithful.  And I guess if you didn't bring $30 you were out of luck?

HORSE #2:  As an aside, how many people call a certain bodily function #2?  Or is it just a regional/local thing?  I grew up with the terms #1 for urinating and #2 for the other.  I always like the terms, they're quite bland and I just assume others know what I am talking about, but maybe not?  I don't know.  Anyway, a town in Kentucky is intending to start cracking down on horse #2 in roadways.  Maybe it's just me but I for the life of me can't figure out what the big deal is?  Doesn't it wash away easily when it rains?  I personally think it'd be kind of quaint to have horse-droppings on the road in my town, a sort of calling card to a simpler, pre-internal-combustion engine time. But apparently the town leaders in Auburn, Kentucky feel differently. Again, can someone tell me what the big deal is?

CODE CRACKING:  Perhaps no where does the gulf between certain wings of the Amish church show up more vividly than in the rather mundane topic of building codes.  In some settlements like northern Indiana most Amish readily comply with building codes, smoke detector requirements, etc.   The ones that seem to put up the most resistance are in the ulta-conservative more rural settlements.  A group of Amish in Wisconsin are balking at following local building code ordinances and now the whole mess has ended up right where it doesn't belong: court.  I'm always in favor of a compromise and I bet if the county leaders really had the will they could come up with a compromise. Click here to read more.

SHIPSHEWANA SPRING:  Speaking of northern Indiana, It took me awhile but I really have grown to appreciate Shipshewana.  I was at first turned off by how soaked the area is in tourism.  It can get crowded and often you see big belching buses jockeying for spots on the roads with buggies.  But this really is a special community.  There is a huge Plain population here, mainly Amish.  You can go to Shipshewana on some days and buggies practically outnumber cars.  It's one of the few places I have visited where you just see and hear buggy after buggy clip-clopping down the road.  I think the key to visiting Shipshewana is just plan your visit accordingly.  If you are going to go there on a Saturday in spring or summer, you'll be bumping elbows with a lot of other tourists. It'll make Times Square on New Year's Eve seem like a peaceful patch of space.  If you can go on a Tuesday in January or a Monday in July (just making those days up, my point is think "off peak" if you are like me and don't care for crowds) then absolutely do so. If large crowds don't bother you, the more the merrier, then plan your Saturday visit!  Click here for a really good article about Shipshewana that is running on the AP wire.