There's a lot of Amish in the News to explore today, unfortunately, some stories aren't very cheery (but there is one fun, intriguing read), but let's get right to it:

MEASLES OUTBREAK:  Vaccinations are a polarizing topic.  Very few people on the fence.   The Amish do not have a "church policy" outlining whether their children should receive vaccinations.  There is no prohibition against it.  I think  - like so many things with the Amish - it depends largely on the community and then the individual.  In some Amish settlements *(Holmes County, Ohio, for instance) vaccines seem more accepted, while in others there is an undercurrent of suspicion.  NBC News is reporting that four Amish coming back to Knox County from typhoon relief work in the Philippines contracted measles and brought it back home with them.  Measles aside, I'd be interested to hear about the Amish going abroad to do such relief work.  My guess is that these would be Beachy Amish or Mennonites, but maybe not....interesting....Click here to read more.

DONKEY SHOT:  Some stories just leave one speechless and shaking their head.  This is one.  Not much more I can say.....click here to read.

OLD ORDER GERMAN BAPTIST BRETHREN TRAGEDY:  A 14-year-old OOGB girl was killed and 4 others injured when the tractor they were riding in overturned near Covington, Ohio (not Kentucky).  I actually will be visiting this settlement soon, I hope.  The Old Order German Baptists are a fascinating horse-and-buggy church, far less well-known than the Amish and Mennonites.    They remind me a bit of the Amish in Partridge, Kansas who do use horse-and-buggies but mainly for church on Sunday.  The main mode of transport are large tractors (the thinking on this is that they provide mobility and a quicker ride than a horse, but they can't provide the speed and distance of a car, which would compromise the church's sense of community). 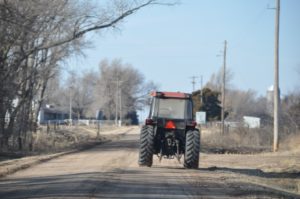 This is a photo of one of the tractors rumbling down the road in Partridge, Kansas.  I've been to Covington before and have seen OOGBs in their tractors, it is a common sight.

SEARCHING FOR THE AMISH:  I enjoyed an article about one man's search for the Amish around Medina, New York.  He was clearly clueless, but he admitted that upfront and that is what made the piece endearing.  There were also some surprises and I wouldn't blame someone uninitiated for being surprised.   For one thing he was caught off guard at the electric lights at Miller's Bulk Foods and Bakery in Medina and, frankly, so was I.  I researched a little bit more and they are electric lights powered by a diesel generator, so they are not "on the grid."  Still, that is somewhat unusual.  Even the most progressive Amish businesses that I've visited usually stick with skylights.  Another unusual - but certainly not unheard of  - feature is that they accept credit cards.  This is becoming increasingly common in Amish businesses, especially more progressive ones.  This particular Amish settlement - the Lyndonville/Medina community - is a pretty prosperous, progressive New Order community. 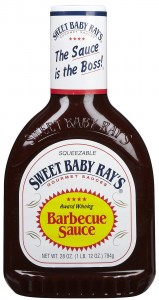 Some of his other observations like being surprised to see bottles of Sweet Baby Ray's Barbecue Sauce on the shelves because he was expecting almost everything to be homemade is newcomer nativity.  I love Amish-run bulk food stores but usually the only "local" stuff is the baked goods, jellies, and maybe produce.  Anyway, click here for a fun read!