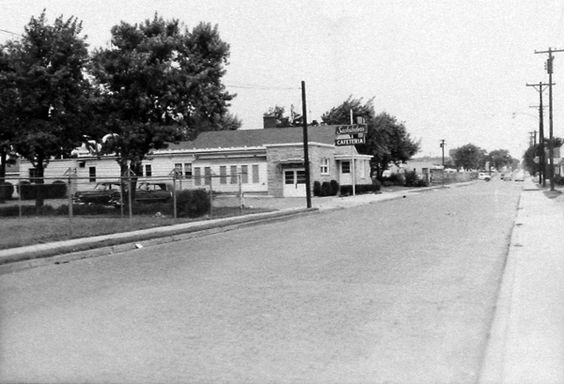 Sacksteder's Cafeteria in Dayton, Ohio when it was on Broadway Street....

I recently got a delightful note from reader Tibby who used to run Sacksteder’s Cafeteria, a popular eatery in Dayton.  Her note brought back a flood of memories of childhood meals. Which gets to me the subject of cafeterias.

I’ve written before about buffets, that is a whole separate topic (and one I’ll delightfully tackle again sometime soon).  But the one restaurant format that seems to get no respect these days is the cafeteria.   Basically, a cafeteria is the school lunch line in a grown-up setting.  You grab a tray, stick it on one of the metal tracks, move it along and grab and go (salads, desserts,a  roll) and then you get to the entrée section where several steaming hot selections await you.  You tell the worker which one you want, they pile it onto your plate, hand it to you and you move on.   You know, in thinking about it, a “plus” to the cafeteria concept over a buffet is that it does – to a degree – cut down on how much you eat.  Unlike a buffet where you have to police yourself, the cafeteria has limits.   You can only fit so much food on that tray and, unlike a buffet, a cafeteria is not “all you can eat.”    A "con" to the cafeteria is that darn tray.  It’s always, at least for me, a white-knuckled walk from the register to the table as I try to balance my splashing soda, salad, pie, and meal all while waiting for me to trip over my own feet and splatter my food everywhere.  I guess another plus to the cafeteria is that it is a very efficient food delivery system, taking the sit-down experience and compressing it. No perusing a menu. No waiting for your meal to be brought out.  Yet all of this without the “animals at the trough” mentality of a buffet.

How did I become such a cafeteria connoisseur?  One word: grandparents.   My grandparents on my Dad’s side ate out almost every night as my grandma became too frail and arthritic to cook.  And one of their favorite restaurant formats was the cafeteria (in hindsight, I’m not sure why, since carrying a tray was difficult for grandma).  So, what cafeterias – besides the ones found in hospitals, schools, etc – still exist and thrive today? Here are some that come to mind:

LUBY’S:   This is a cafeteria chain that  thrives in Texas, but just in Texas.  Any Luby’s fans among our readers?  I’ve heard that their cafeterias are among the best anywhere.

MCL:   This is a chain of about 20 cafeterias in the Midwest.  I pass one in Richmond, Indiana, but, lo and behold, there is apparently one in Kettering, Ohio (about 20 minutes from me), how did I miss that all these years?  I think I’ll have to be going to this one soon.  Scratch that. I can’t possibly imagine trying to juggle two young girls and my tray at once. I’ll have to wait about 10 years to go.

PICCADILLY CAFETERIAS:  This is a cafeteria chain found primarily in the South.  I've heard good things about them, but haven't been to one. Any Amish365'ers been?

GONE BUT NOT FORGOTTEN CAFETERIAS

THE HOT SHOPPE:  I remember this chain well. There was at least one in the city of Cincinnati that we frequented with my grandparents.   If memory serves me, they had this amazing hot fudge cake?  Pretty sad that I can remember hot fudge cake from 30 years ago, but not the grocery list my wife gave me 20 minutes ago.

MORRISONS: This was a very traditional cafeteria chain that had locations all over the USA, although I think there were bunches in Florida.  Another frequent stop for my cafeteria-loving grandparents. 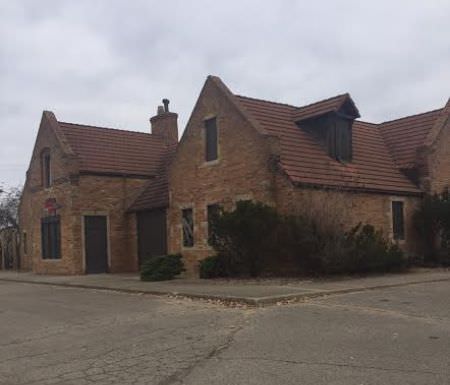 Here it is: The old Cambridge Inn in all its glory 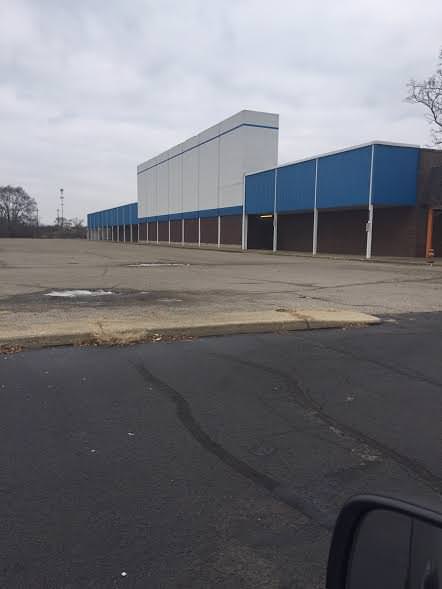 This building next to the once stately Cambridge Inn used to be an old Target which now sits empty....... 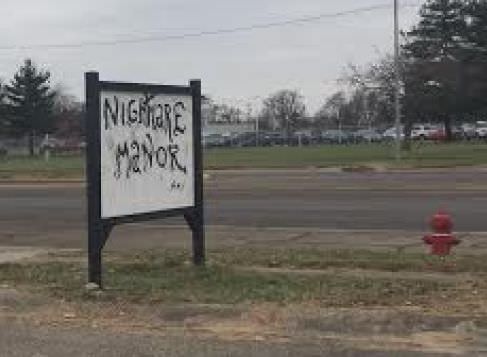 This creepy sign now sits outside the old Cambridge Inn

CAMBRIDGE INN:  The Cambridge Inn was never an inn, it was a small chain of cafeterias.And when I think my grandparents, I can't really think of them without thinking of this cafeteria.  We had many meals with them at this comfort food kingdom.  There were several Cambridge Inns in the Midwest, one right in my hometown.  It closed its doors sometime in the late 80s, but the building is still there.  Holy cow, this building has been sitting, frozen in time for over 30 years?  Yet, if I were to somehow venture inside, I could probably move through it blind-folded I knew the way so well.  But again, Holy Cow, 30 years???? What could possibly be inside after 30 years?  And who owns property like that?  Do you think a developer owns and is just sort of holding it hoping the land value rises?

So this morning, with cafeterias on my mind (Thanks, Tibby) I decided to visit the old haunt one last time.  There it was.  Cambridge Inns all had this distinctive faux-English décor with brick facades bordered by wooden beams.  The building looked unchanged from my childhood.  As I pulled into the empty parking lot, I could practically smell the fried chicken, the mashed potatoes, the roast beef sliced directly from a block, and pie. Oh, the pie.  I could envision my white-haired, distinguished grandfather patting his stomach after a big meal with a look of content satisfaction.

The windows were boarded up.  I decided to get out of my car for a minute and look around.  Looks kind of creepy.  Then I got the urge to try the door.  Why not.  It won't open.  It creaked open.  An inch but, then, I heard a voice.  My voice:  “Kevin, are you crazy?”

Wistfully, I let go of the door and it clicked shut.  “You idiot (I talk to myself a lot and I’ve decided as long as I don’t answer back, that’s ok), what if you had gotten in?  First, I think that is called trespassing.  Second, going in won't bring back your childhood memories, the mashed potatoes, the pie, your grandparents.  Let it go."

I let it go.  The door clicked shut and I climbed into my car, the smell of mashed potatoes lingering in my mind long after I left.  But then I noticed the sign by the driveway "Nightmare Manor."  Looks like the Cambridge Inn had at least at one time had a brief life as a haunted house.   My old haunt had actually become a haunt.