I found myself in Plain City, Ohio again over the weekend.  I've written about Plain City plenty, but I'm always struck with a certain wistfulness when I go there.  I can remember passing through Plain City as a child and seeing signs for a "harness shop" on busy Route 42.  Probably the one depicted in Stephanie Reed's fiction book "The Bargain."  There was such a long, rich, vibrant Amish heritage in the area and now it's just gone: but traces remain and I sometimes wonder what "might have been" had the Amish decided to stick it out and stay. The last of them decamped in the 1970s.  Realistically, with the Columbus suburbs muscling farther and farther west, the settlement couldn't have survived. During the time the Amish lived in the area plenty of people left the Amish and populated Plain City with people of Amish descent.  Many of those people remain in the area today.  So you see plenty of signs for businesses with common Amish names in them like Yutzy, Miller, and Bontrager.  There's even a sign for Yodertools.com. 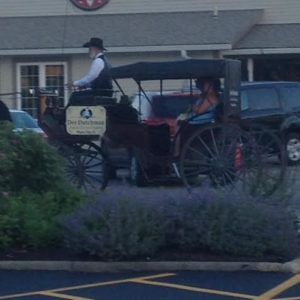 acts as a caretaker and placeholder for the area's Amish heritage.  The restaurant and gift shop complex is massive but, for me, its sort of comforting in the case of Plain City.  If the Amish are gone at least they aren't forgotten as long as the massive, rambling Der Dutchman remains.  Aster enjoyed watching the horse-drawn carriage that takes visitors around the grounds and the little "farm" that features sheep and goats.  And I think she probably wanted a bite of the apple fritter 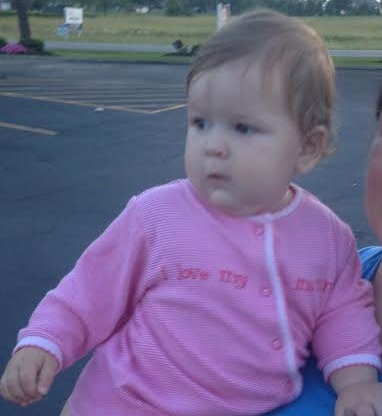 that my mother-in-law bought!

It is fun to visit Plain City with Aster because of my own memories of the place from when I was a child passing through. Now she'll have the same.   She looks mesmerized by the horse and buggy and captivated by the baked goods.

It was a perfect June evening temperature-wise so we lingered outside a bit.    And, yes, the gift shop still has copies of the 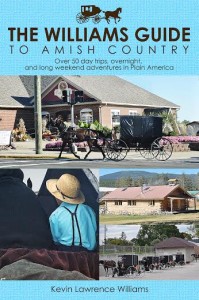 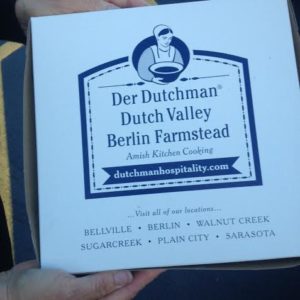 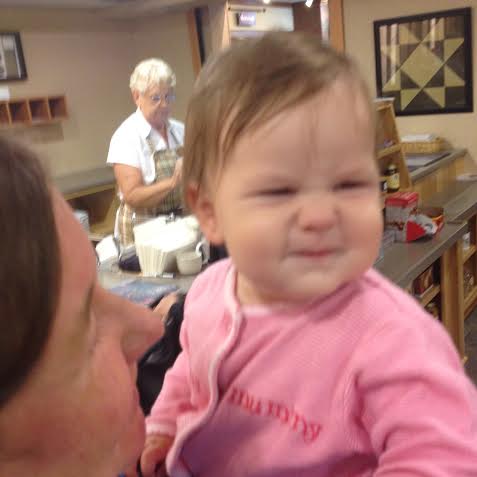