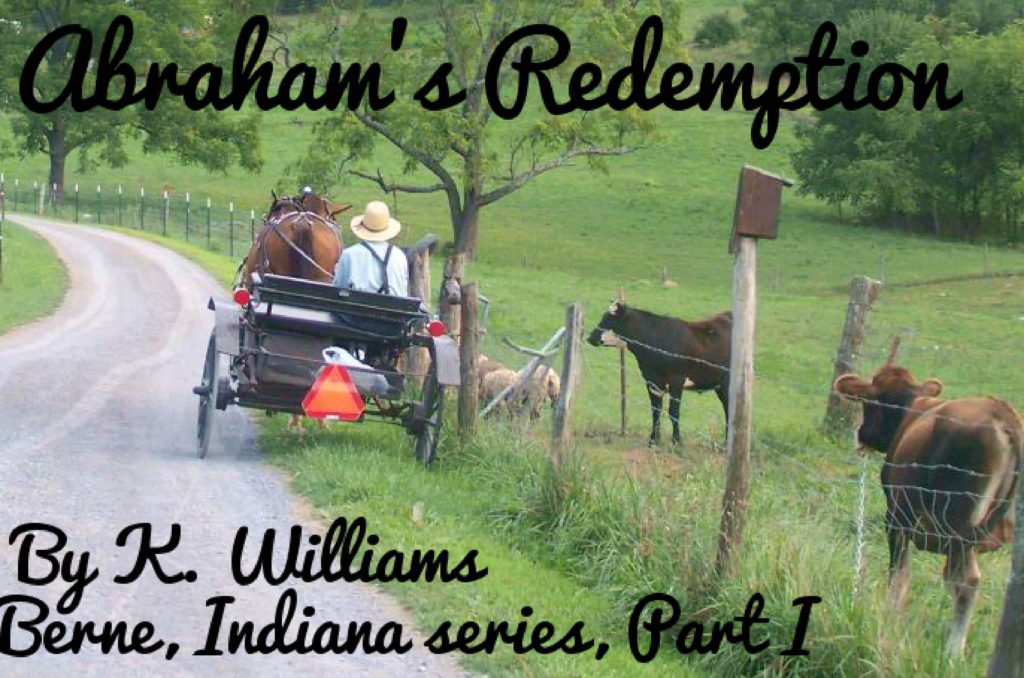 I’ve been around the Amish for 25 years.   It wasn't until maybe 10 years or so ago that "Amish fiction" exploded in popularity as a genre.  So, several years ago, more on a whim I thought I would try my hand at fiction writing.  The end result was a book called "Abraham's Redemption" set in Berne, Indiana.  This book was fun to write and hard to believe it was written 5 years ago.   I wrote it and then promptly shelved it where it sat collecting dust for five years (well, we are in the digital age so I am speaking metaphorically, I’m not sure anyone’s manuscripts actually sit on shelves anymore).

I’ve never read “an Amish romance” novel before (okay, I have read one: "The Bargain" by Stephanie Reed) , so I don’t even know how I would categorize this.  Yes, there is a romance, there are also recipes, and there is Amish information.  Also just some fun.   This is fiction.   I like to think there is some good "Amish information" that you can learn from reading it.  I mean, sheesh, there are now fiction books about "Amish vampires."

I don't think a lot of the happenings in Abraham's Redemption are a terrible stretch.  The Amish have generated a lot of headlines the past 5 years for stranger-than-fiction tales that a novelist would be hard-pressed to make up:  the Barbara Weaver murder, the beard-cutting posse of Bergholz, the “Amish Bernie Madoff” that scammed thousands in Holmes County, the pigeon pyramid scheme and on and on…so, really, there isn’t much in my book that couldn’t have conceivably occurred. Really.

The book is told through the lens of two protagonists: Abraham Schwartz and non-Amish young attorney, Paige Roberts.

Abraham is basically a good guy who makes some bad decisions and then tries to rectify them and, in the end, find redemption.  Does he?  You have to read to find out.