I was on my way back to Cincinnati from Louisville and I thought i'd go off the highway and explore the rural expanses of southeast Indiana.  There are some Amish settlements there and one route home would take me right through a crossroads town called Center Square.  Center Square is an unincorporated town that sits on Indiana State Route 56.  If you look online, I think this place used to be called Center Square Discount Grocery, but the sign clearly says it is now called Dutch Discount Grocery.  The local tourism guide says it is an Amish place and the workers all appear Amish (and buggies can be seen in and around the area).

It definitely would be worth visiting if you are in the area. They have an awesome sandwich bar where you can order made-to-order deli sandwiches and eat on tables there.  They sold homemade fudge and there was a case of homemade fried pies, but there was only one lonely beat-up looking strawberry cream fried pie left, so I skipped that. But, wow, if you stop by there earlier in the day when they are fresh, I bet they are super.

Here are some scenes: 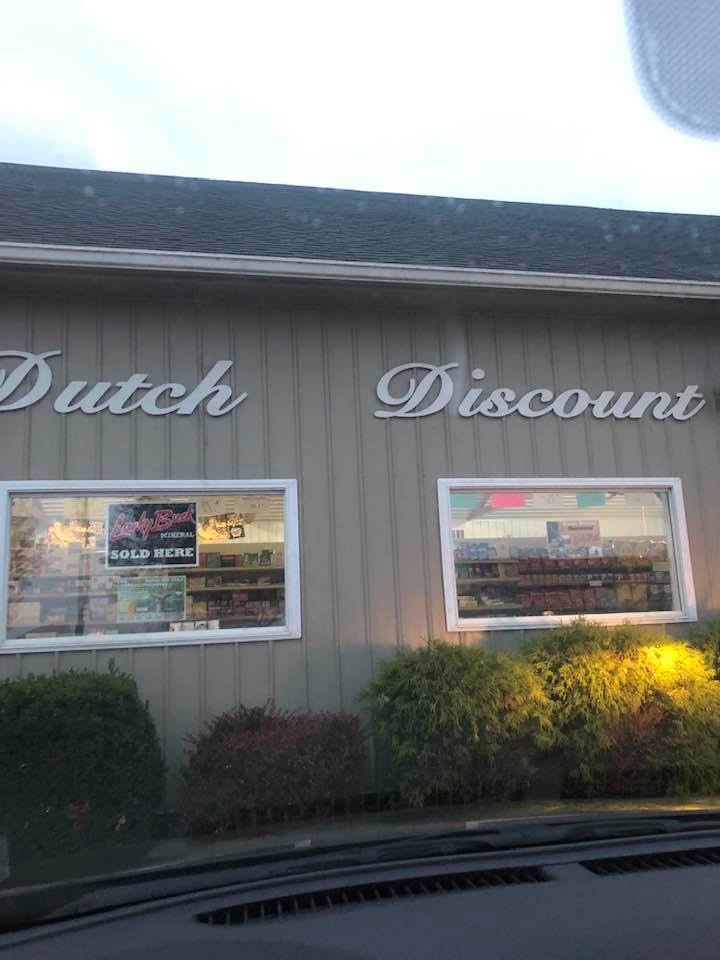 In some ways this store is like every other Amish bulk food store I've been to, and that is not a bad thing, it's sort of comforting. But Dutch Discount has some fun quirks. 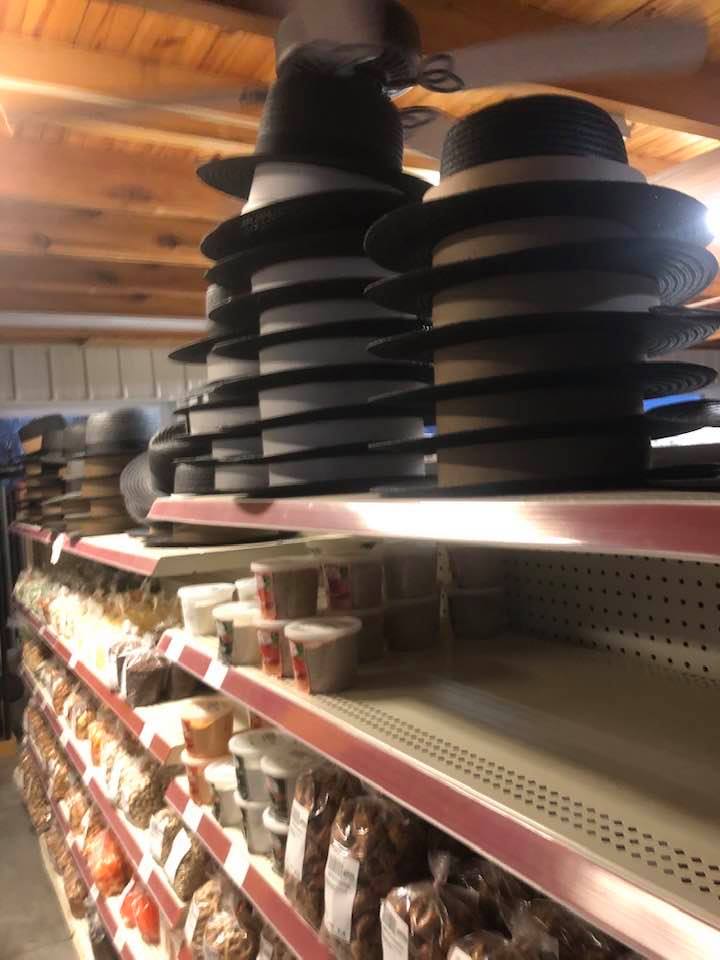 The store caters to a diverse clientele, from Amish men seeking Sunday hats.... 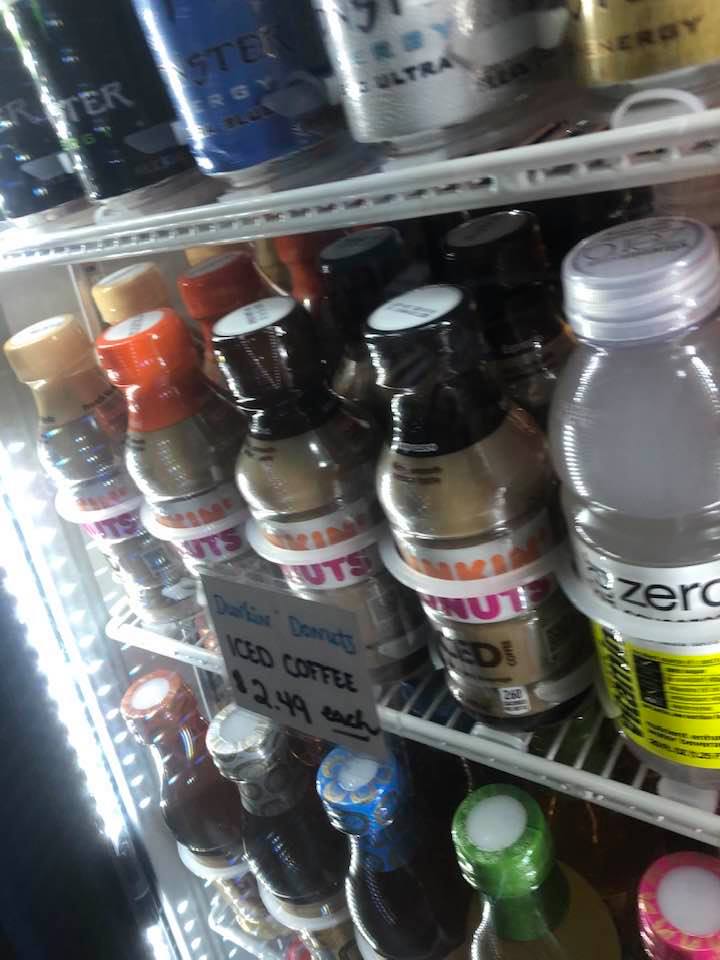 to in-search of caffeine millenials, not often you seen Dunkin products in an Amish store! 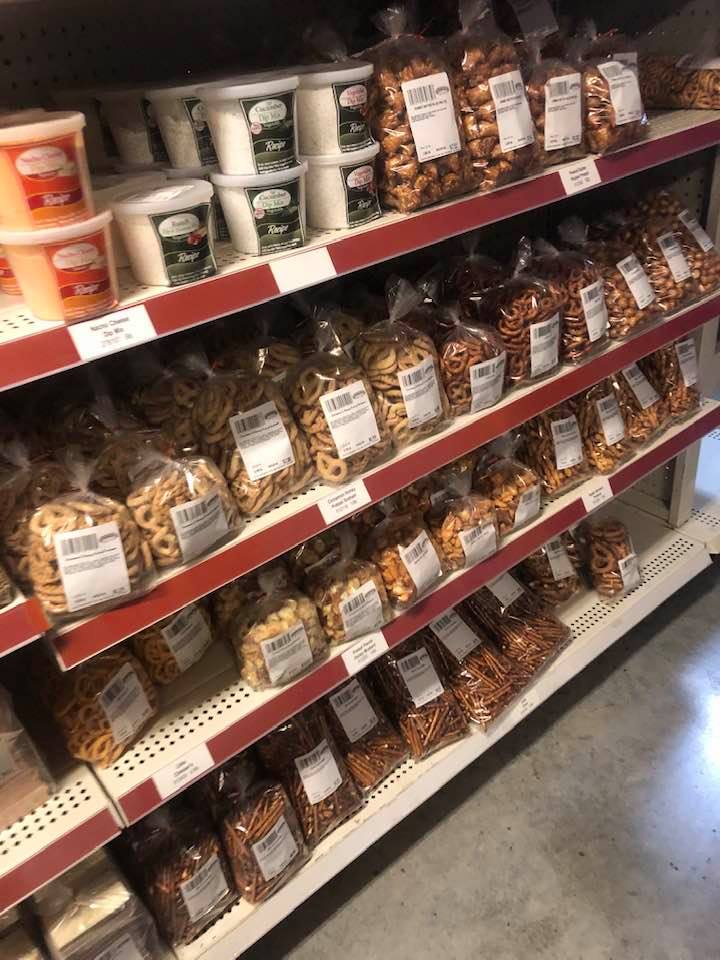 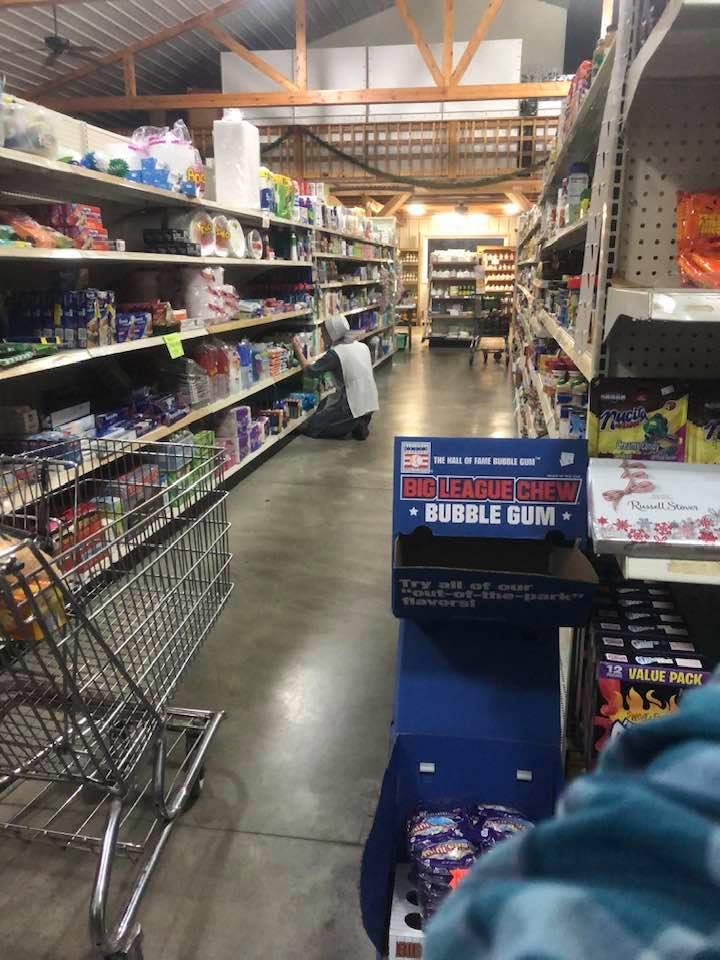 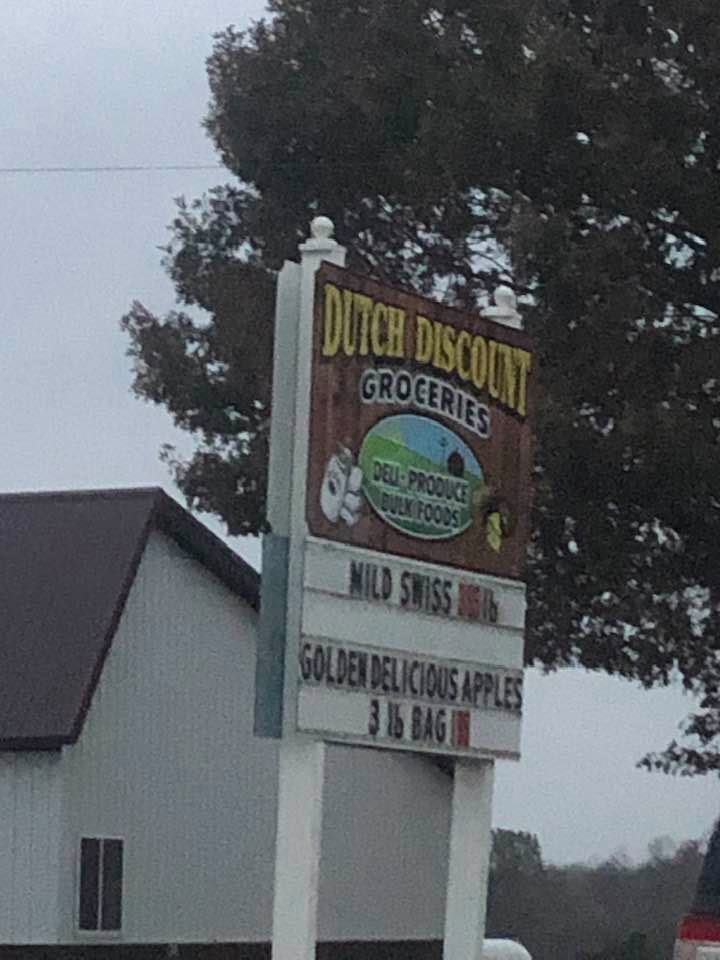 Definitely worth a visit!