Estcourt Station isn't really a place you go unless you have a reason.  And after seeing the smudge of a town on a map for most of my life, I finally had a reason.  Atlas Obscura sent me there to do an article.

The place is REMOTE. Sort of.  It's remote from the USA, but on the Canadian side, it's not all that remote, it's near a a gritty Quebec town called  Pohénégamook.

The “town” of Estcourt is really no more than a few buildings and houses that spill over into Maine from the the larger Quebec municipality of Pohénégamook.  Pohénégamook itself isn’t particularly isolated, you can make it to Trois-Rivières. a city of about 125,000 a half hour away.  In other words, you’re pretty plugged into Canada. But Estcourt is very isolated from the USA.  It’s this tiny patch of USA soil separated from any other towns by either A) hours and hours of treacherous logging roads through thick Maine forests, or B)  an hour long drive through Quebec and New Brunswick to Fort Kent, Maine.  I chose B even though I was tempted to do the first….

Looming somewhere past a pizza place in Pohénégamook.   is the international border line, where Pohénégamook becomes Estcourt Station. But even after entering the American side through a checkpoint, it can be confusing to know which country you are actually in at any given moment. The border is a generally invisible boundary that indiscriminately hopscotches through gardens (a resident’s potato plants might be in Maine, while their radishes are in Quebec), runs through kitchens and across back porches.

French is the main language here. I was able to dust off some of my rusty high school French and able to have passable conversations, which was cool.

Estcourt Station has no permanent USA residents anymore, although during the summer some come to stay in cottages there.  But  there's a gas station - the Gaz Bar - that is on the US side, that Canadian residents come to to fill up in US dollars.    Here are some photos from this unique place: 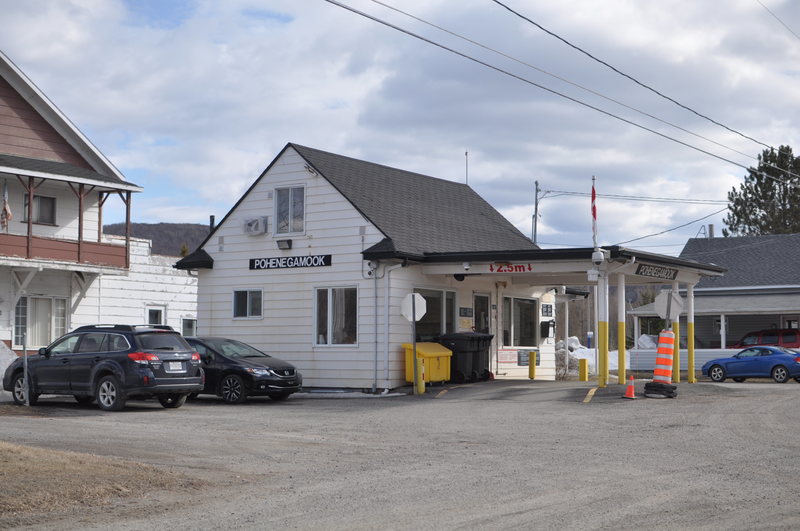 Canadian customs....prior to 9/11 it was virtually an open border here, but things have tightened... 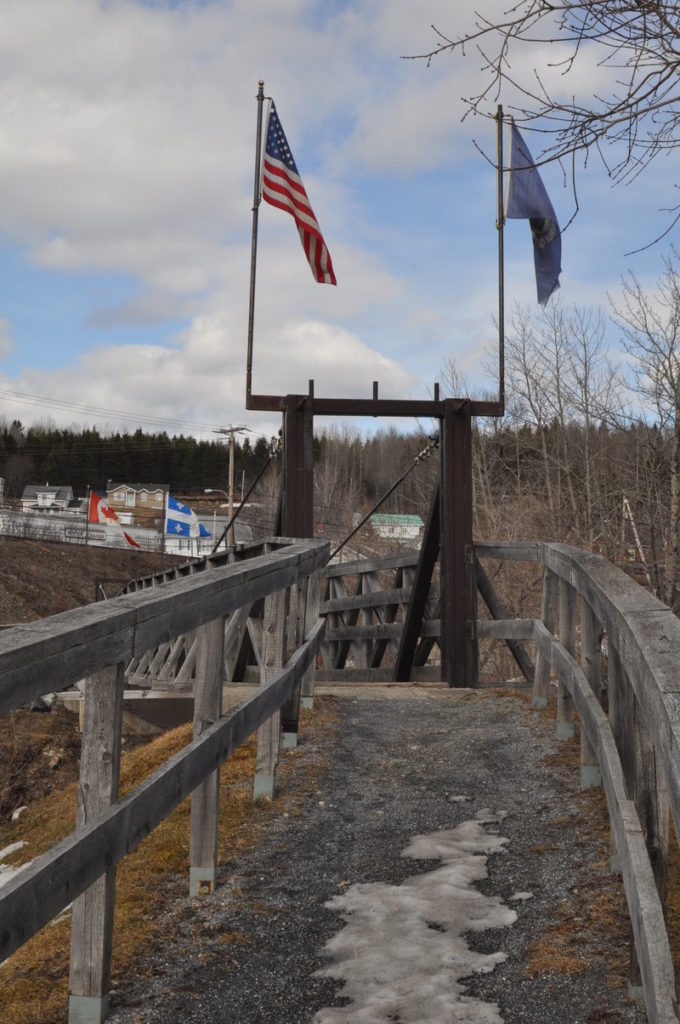 The peace bridge bridge, a pedestrian walk, which connects the two countries. You can walk in here without checking in at customs. 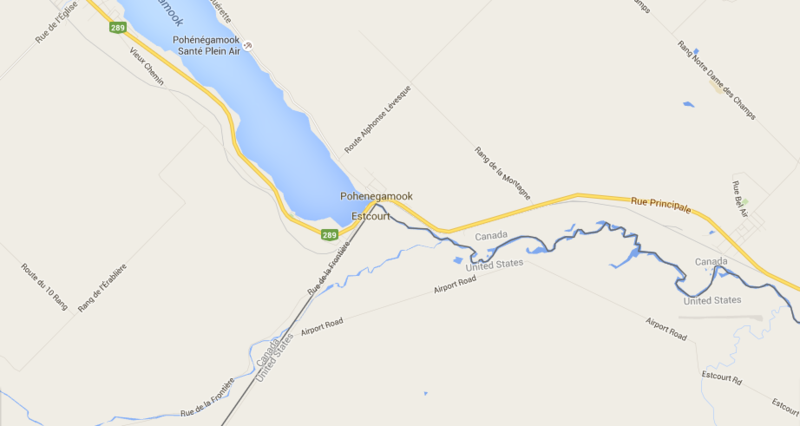 A tiny bit of the Quebec town fo Pohénégamook spills over into the US, that part is called Estcourt Station. 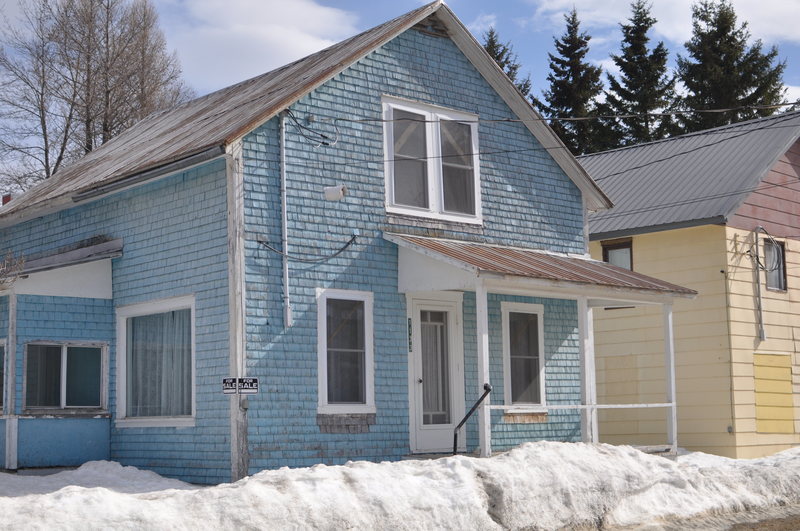 The US/CANADIAN border runs through this vacant house's kitchen.

The Gas Bar, accessible only from Canada, but on the US side