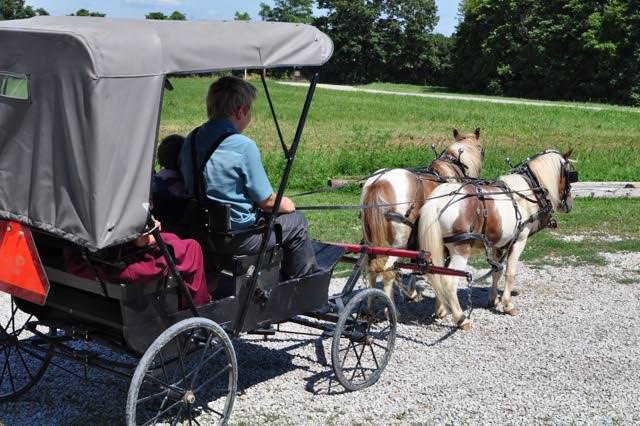 I spotted this Amish child driving a pony cart on the rural gravel roads outside Flat Rock, Illinois.  Among the Amish, driving a pony is a rite of passage for a young child.  A pony is a way for an Amish youth to one day learn how to handle a horse since many of the techniques are the same.  In fact, in her column next week Gloria mentions how her 4-year-old daughter, Julia, is already beginning to learn how to pilot a pony.

Most states don't have any sort of "legal age" driving limit for a pony-drawn cart on the road and the Amish generally prefer it that way.  Still, there are tragic traffic accidents on occasion involving ponies and carts and that occasionally gets legislators talking.

Meanwhile around Flat Rock, Illinois the roads are generally gravel and not very heavily traveled, so it's safer than some places I have seen ponies on the road, that is for sure.