To my eye, though, there were some glaring omissions from the map....for instance, where is Meijer? If you are the Midwest, Meijer is a huge player.  And where the heck is Wegman's??  That would seem to be a serious oversight. Ditto for Hannaford's in Maine.

Which, by the way, I LOVE Hannaford's.

I think I've done a list of my favorite grocery stores before, but some that make my list:

Martin's SuperMarkets - northern Indiana (this is a scrappy, scrappy chain that survives in a hypercompetitive market by being hyperlocal)

Harris-Teeter: I loved this chain in South Carolina, but not as much now that Kroger has bought it and started to put their imprint on it....

Publix:  This may be my all time favorite.  Part of me keeps hoping Publix will creep farther north,  there are some as close as Knoxville.  On the other hand, Publix sort of is "special" to me because it signals that I'm in the South, if there were a Publix nearby it might lose some of its novelty.

Schuck's:  Super regional chain in the St. Louis area, and they sell some awesome Mennonite-made fried pies from Whitesville, Tennessee.

Hannaford's:  I love this store and I think it would be sacrilege to live in Maine and shop for groceries anywhere else!

Other store chains that I like because of sentimentality or nostalgia but they aren't necessarily the most awesome stores:  Weis Markets in Pennsylvania, Dillions in Kansas, Giant in Pennsylvania...

And, probably my most sentimental favorite of them all:  IGA.  Man, if there were an IGA in our hometown, I'd make sure we shopped there as often as possible.  My hometown used to have not one but at least three IGAs.  Now there are none.... 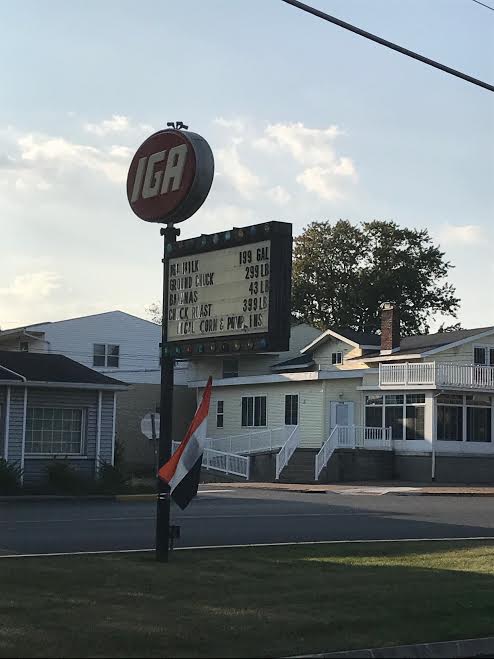