I went to a flea market and all I got was this doughnut.....and it wasn't even Amish-made

Reader "Tweety Bird" first told me in an email back in 2014 about some Amish vendors who had set up shop at a flea market near me.  That was kind of a hectic summer, so I made a mental note of her note and vowed to some day check it out.  After all, it's not every day that one runs into Amish in my corner of Ohio (although it is becoming increasingly common as their population grows in nearby Highland County).  A gazillion questions ran through my head: where were they from?  Were they Amish or Mennonite?  What goodies were they selling?

This past Saturday morning Rachel had a "girls gathering" at one of her friends houses which wasn't all that far from the flea market, so I thought that'd I'd drop them off there and go off in search of this "Amish booth" and the answers to my questions which had been festering since 2014.

Tweety had said that they " They had a small trailer with an awning that came out where tables were set up. "   When I first arrived I noticed the dearth of outdoor vendors.  There were a few dealers selling odds and ends, but no vendors selling produce, baked goods, or anything else.  It was 30 degrees outside, so I found myself thinking that maybe the outdoor vendors are a seasonal thing.  So, hoping that maybe the Amish had simply settled into warmer digs inside, I headed into the massive flea market hall which is shaped like a railroad track.  The "track" is the central hallway and the "ties" are corridors that go off from the track and house most of the vendors.  This place used to be called "Turtle Creek" flea market, but a massive fire several years ago caused most of the place to be rebuilt and when it was it was rechristened as "Treasure Aisles." So the whole place is festooned with pirate logos and themes (the men's restroom was labeled "buccaneers." (interesting, another flea market sits about 100 yards away, just on the other side of the interstate...actually, for anyone that knows Monroe, Ohio, the whole exit is interesting because of it's eclectic mix:  a huge church with a giant statue of Jesus competing for attention with an XXX Hustler store at the same exit, two massive flea markets, a horse track, and an outlet mall)9ko9ok

I have mixed emotions about these places.  I spent a portion of my childhood in the Middle East where bazaars and souks were the norm: places of wheeling and dealing and bargaining.  There's not so much of that here, but it's still the same concept: a centralized place where shoppers can get anything from wigs to cereal.   If I am looking for something super specific and I think the flea market might have it, then I'm open to going.  For instance, there is a booth there that sells computers and that is appealing seeing how shaky my current one is...still, maybe it is a generational thing, I'd be more likely just to go online to look for a deal.   While the flea market had a decent amount of customers Saturday morning, it still seems like it would be really tough to run a profitable booth unless the monthly rent is super, super low.

So, after 45 minutes of searching for the Amish food vendor, I gave up. I saw a booth that sold brand-name jeans, a vendor hawking hair products, e-cigarettes, and cereal.  But no Amish.  I guess I'll have to visit next summer... 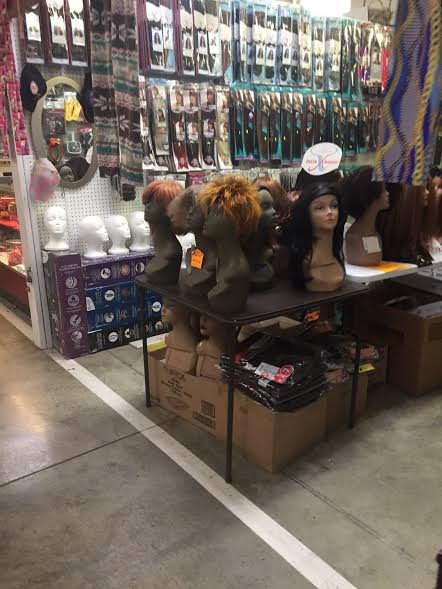 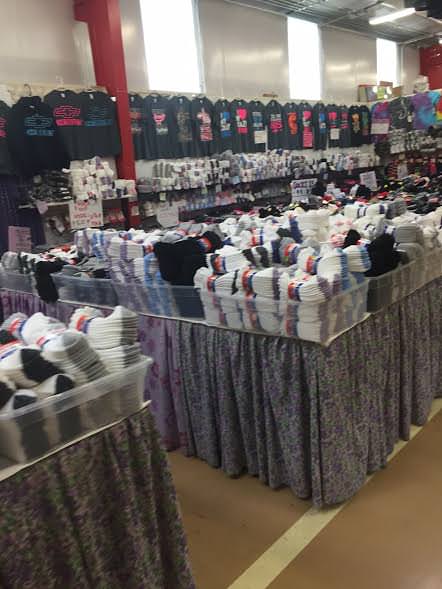 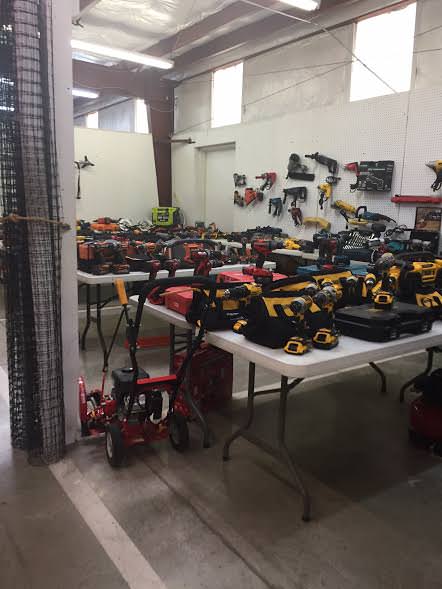 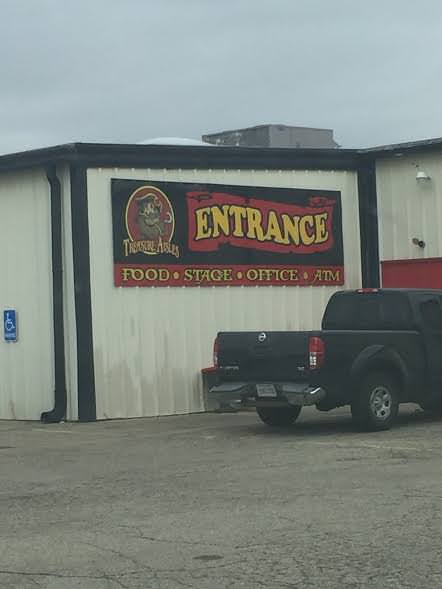 Treasure Aisles is the name of the flea market I went to, perched right off I-75 in Monroe, Ohio.

Here are some scenes from my search.