It was sad. I think that is was surprised me the most.  It's end of an era.

My daughter approached one of the sales clerks as we headed into Sears to look for any bottom-feeder deals.

"Why are you closing?"  Aster asked.

"Because some idiot in Chicago decided that we weren't making enough money," the grizzled sales floor veteran growled, still obviously not at peace with the decision.

Long after the rest of my local mall became an empty, hollow shell, the Sears had managed to endure.   There would be a brisk business in people buying Craftsman and Kenmore items and it was just a place you knew you could always go for a dependable appliance.  Even with the big box store, Lowe's a block or two away, bludgeoning it on a daily basis, there was still a nostalgic comfort to Sears.  I had come to this Sears since I was a kid, when it was a buzzing, busy hive of consumers searching for anything from wrenches to dishwashers.  As Aster held my hand and Bea squirmed in my arms I thought back to the countless Christmas gifts I had probably bought for relatives here over the years.  An electric screwdriver for Dad.  A shirt for Uncle Larry.  An electric can-opener for my brother.

I told Aster that the store was closing.

"Well, that's okay, we can always come back," Aster said.

"No, it will be closed forever," I said.

I was trying not to make too big of a production of the closing of a store, so I reminded her of how we've talked about "store chains" before and that we'll be able to go to another Sears sometime, just not this one and it seemed to satisfy her.  What I didn't voice to her is that I have my doubts that this store chain will be around all that much longer, if it survives 5 more years it'll be a retail miracle. 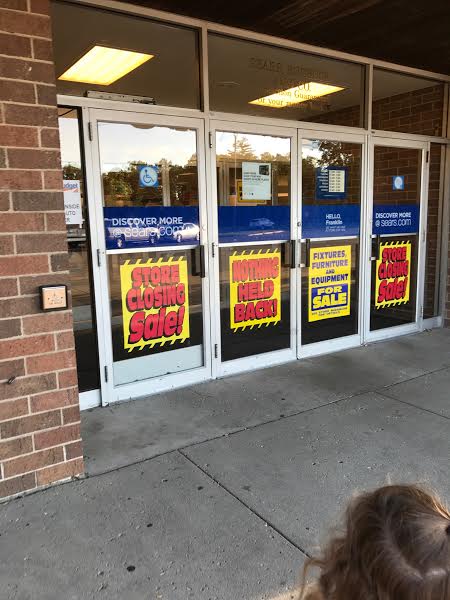 Aster, Bea, and I approach the door, the ominous signs heralding the store's final days. 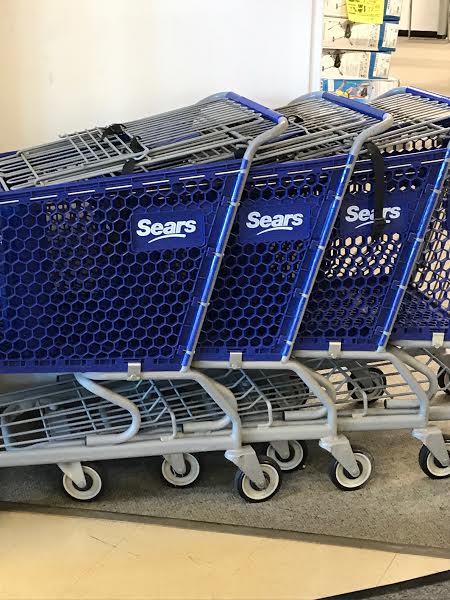 As I headed out the door, I decided I needed to take one last look at the store, snap one last photo. I almost felt misty-eyed before realizing how ridiculous it was to get so sad over a store. American icons come and go, it's part of the eat-them-alive retail survival-of-the-fittest landscape. 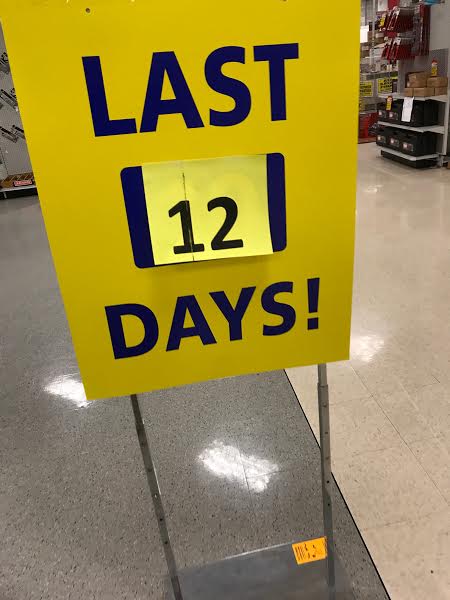 Store staff count down the days, most vowing to go down with the ship. 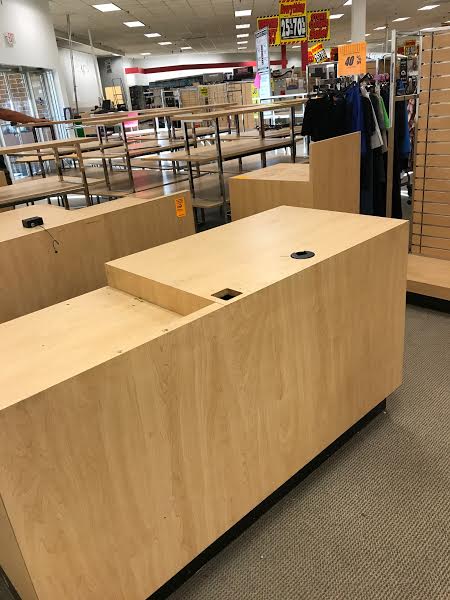 Even the store fixtures were being sold. 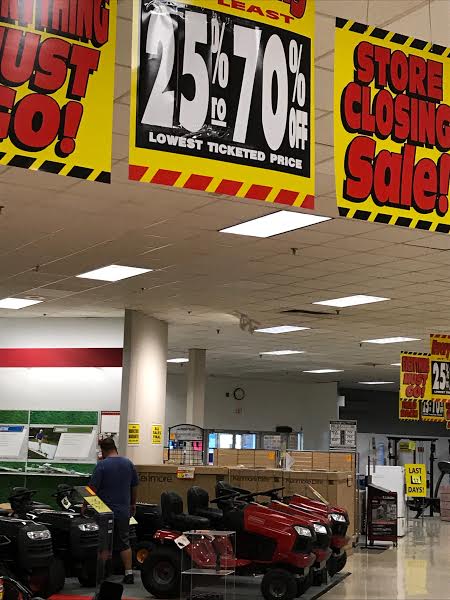 A lone customer looks over some remaining riding mowers. 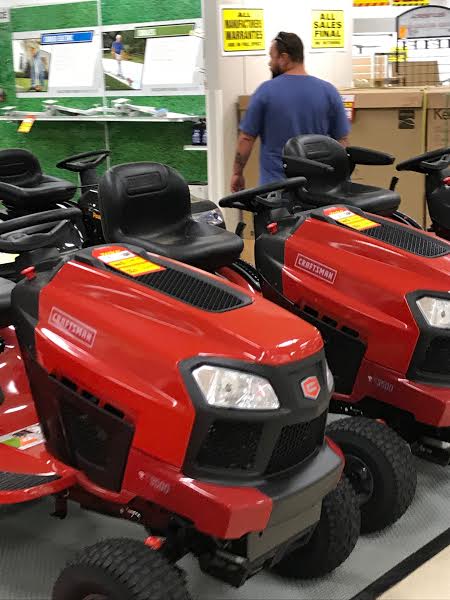 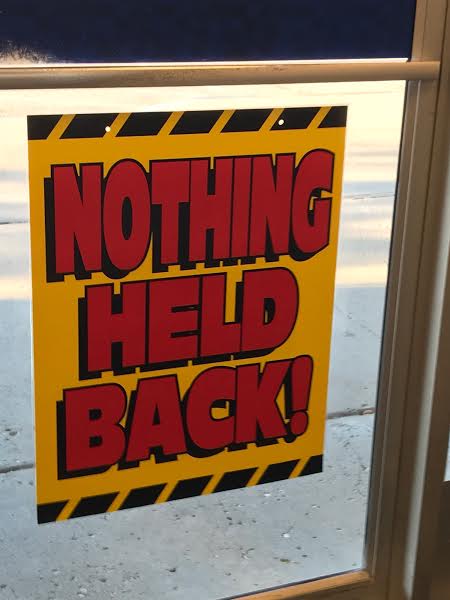 You could probably buy the urinals if you wanted to, EVERYTHING was for sale....