Kauffman's Country Bakery is a staple in Ohio's Amish country, with their sprawling emporium of treats located just north of Berlin.  I stopped in recently.

You know, for me, I don't have anything bad to say about Kauffman's Country Bakery but, in general, if I could pick a little Amish bakery tucked away in an outbuilding on someone's farm or a more touristy place like this, I'd pick the farm bakery.  I just think whenever you start producing stuff on a larger scale, you lose something.

But you won't come away disappointed, or hungry, from Kauffman's.   And they are one of the few businesses in the Berlin aa that is open on Sunday.  I doubt you'll find any Amish working on Sunday, but you will see them there other days of the week. So even though the business is not Amish owned, they do have Amish workers making the treats.  Check out some of my photos: 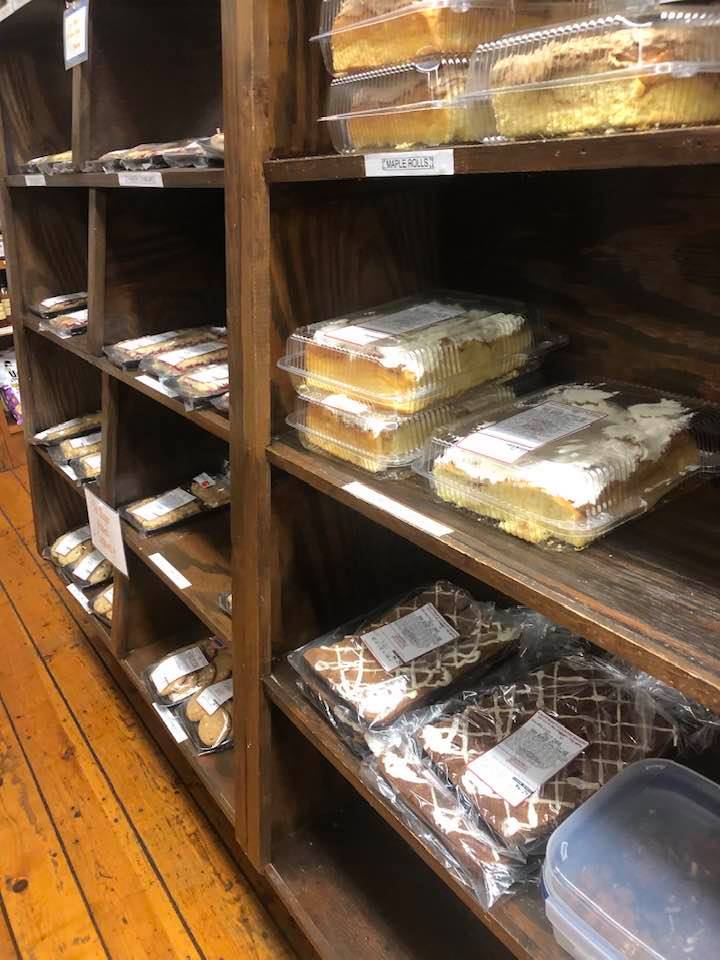 The shelves at Kauffman's are full of baked goods 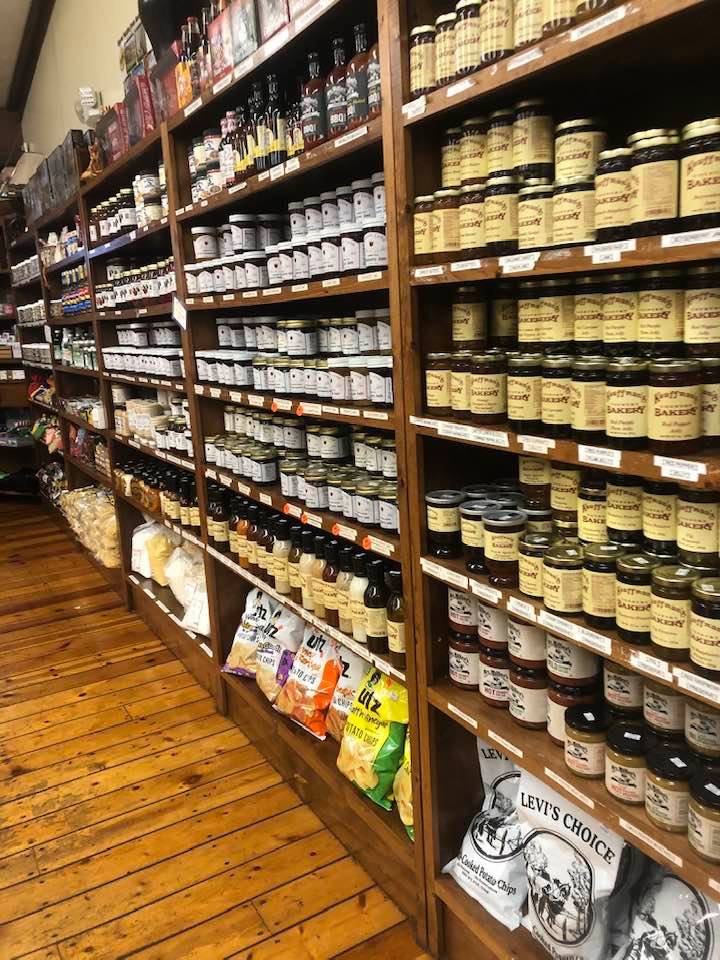 Plenty of vitamins and herbal supplements 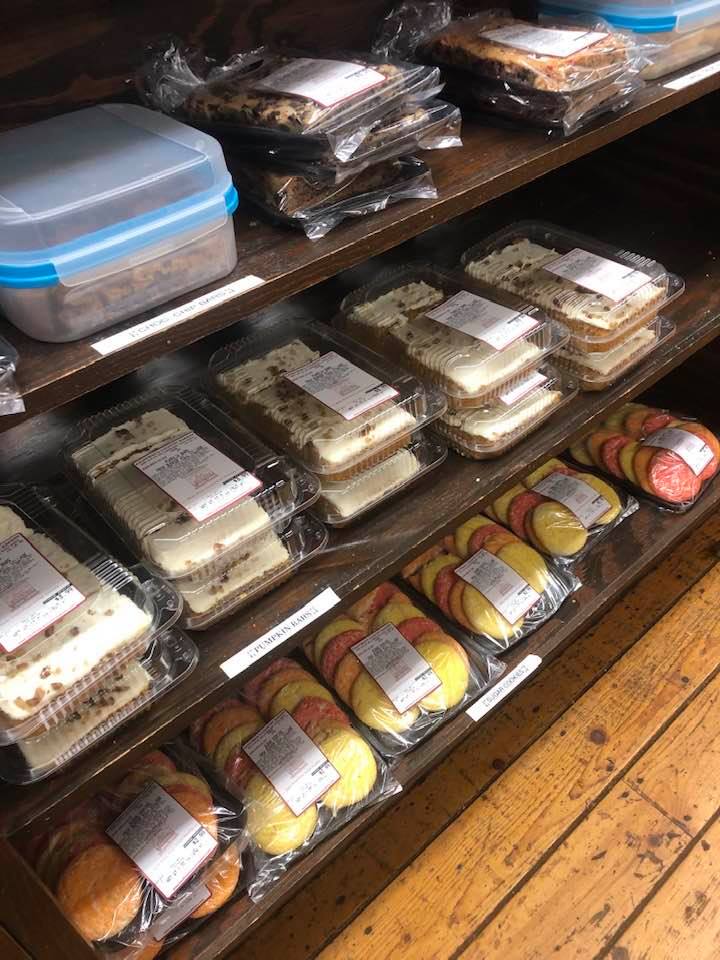 Plenty of baked treats, from cakes to bars. 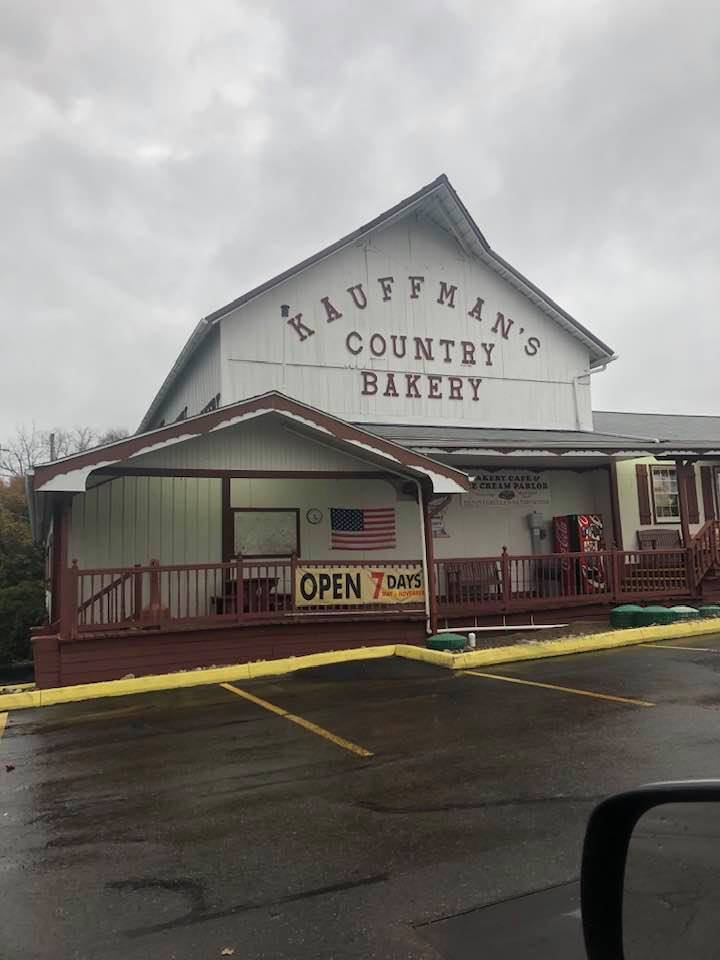 As the sign in the window says, open SEVEN days a week!

Kauffman's was opened in 1992, SIGH, that makes me feel old for some reason.

Here is a brief bit of its history from their website:

The history of Kauffman's Country Bakery began in Spring of 1992, when brothers Steve and Richard Kauffman opened their doors. At the time they only boasted six employees, one mixer and an oven, today they employ 20 to 25 people.

Recipes have evolved throughout the years, but those passed down from the Kauffman brother's grandma Lili, their mother and those Steve has concocted or manipulated remain prevalent.