I first visited Miller's Dry Goods in Wayne County, Indiana several years ago.  Back then it was a relatively small store that might have merited a few minutes out of my schedule to visit.    The store is run by an Amish woman who started it in her home when she first moved to the area 16 years ago.  Seven years ago it moved to its current location at 1883 New Garden Rd.   Last summer the square footage of the shop doubled to accommodate the growing customer base and, now, if you are in the area it is absolutely worth a visit!

The boom that has fueled the growth isn't necessarily from the growing Amish customer base.

"I depend a lot on the German Baptists, a lot of them come over from Ohio to shop here," says Ada Miller, who runs the shop with her husband, Samuel.   The photo shows the expanded interior with plenty of shoes and fabrics to pick from. 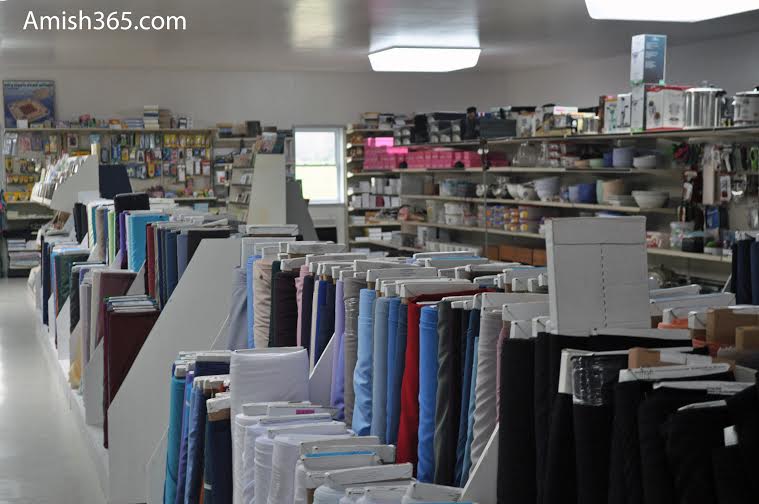 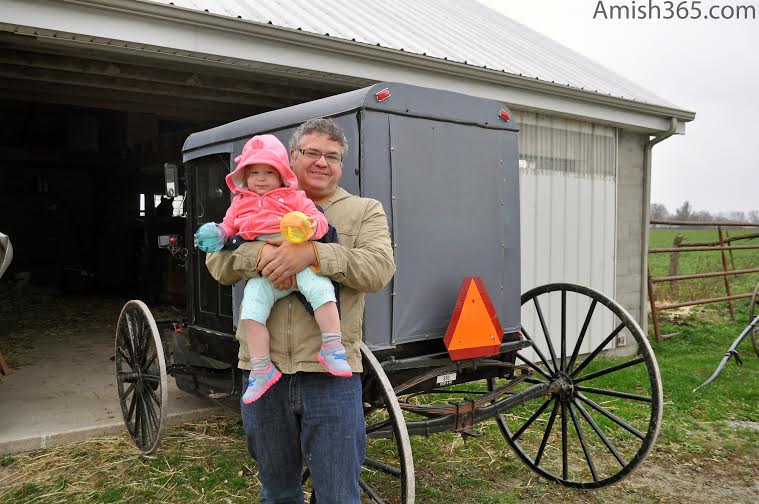 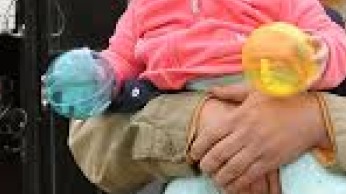 The dry goods store has fabrics and notions, housewares and gifts, craft products and books, including a good selection of children's items. There are Amish bonnets and gloves, prayer and song books.  There are shelves and shelves of glassware and table  service, an expanded selection of fabrics and lots and lots of shoes.  Several varieties of Bibles and plenty of cookbooks are also for sale.

Wayne County, Indiana's Amish settlement began in 1997 and is distinctive for its Lancaster County flavor and customers, which includes gray-topped buggies and a distinctive style of head-covering for the women.

Since it was a bit of a drive and Aster seemed restless (and I never like to take up an Amish storekeeper's time without buying something) we perused the toy aisle where she quickly keyed in on some grapefruit-sized rubber balls.   Aster definitely has a taste for simpler things.  I think one could buy her a $100 toy with all sorts of gizmos and bells and whistles on it but she'd probably still pick the $2 rubber ball.   I'm not sure I've seen her as excited over anything as she has been those two rubber balls.  She's not wanted to let go of those balls since we got them for her Saturday.  Even as I walked her to sleep for her nap yesterday she insisted on holding onto those balls and was still clutching them as she fell into sleep.  And the first words when she woke up were "big ball!  big ball!"  which is what she calls those small balls. So for Aster the trip was definitely worth it!

Note in the photo of her and me in front of the buggy, the very distinctive grey-topped buggy.  This is quite typical of Lancaster County.  Ada Miller says that most of the Wayne County settlement has roots in Lancaster County.  Parke County, Indiana has a similar settlement but Ada Miller explains that more of that community has roots in Pennsylvania's "Big Valley", a melting pot of Plain in Central Pennsylvania.