In The Amish Cook column we try to avoid using brand names.  I'm not sure why. I think that's a holdover of old journalism where you just didn't do that to avoid offending some suit's sensibilities somewhere in the advertising department.  I don't know that it much matters anymore in this age of advertising everywhere and shrinking newspapers.  And sometimes, with something like Jello, it is just unavoidable. 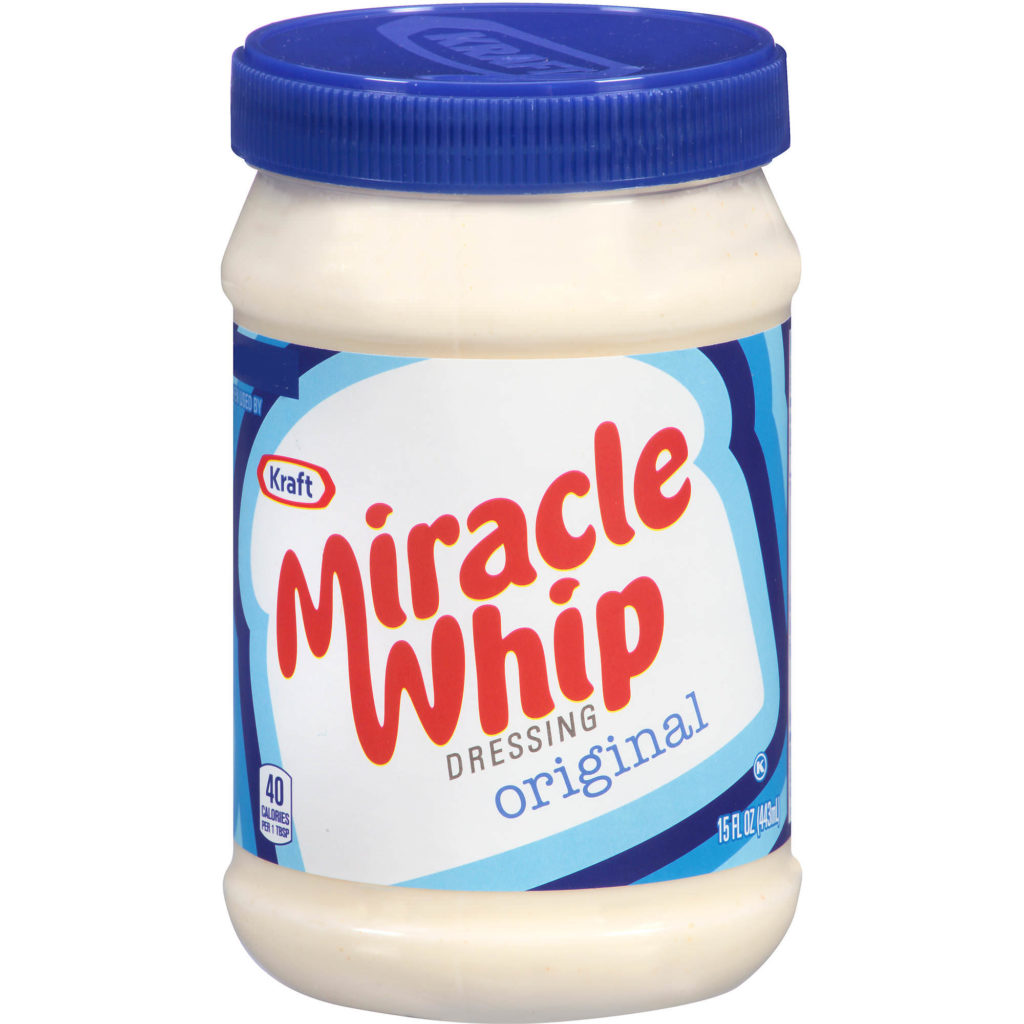 Another ingredient that can cause confusion is if we list an ingredient as simply salad dressing.  In most recipes it is quite obvious that Miracle Whip should be listed and not bleu cheese dressing or something like that.

This is an example....Gloria's wedding salad recipe calls for "2 cups of salad dressing."  That means Miracle whip. Click here for the recipe.

Growing up, we always had Miracle Whip in the house. Dad would spread it on sandwiches and, as far as my little kid brain new, that was mayonnaise.  Although my grandmother held fast to Hellman's and over the years I just sort of used them interchangeably.  But now that I am older, I do know there is a difference between the two but I still kind of use them interchangably and my wife looks at me as if I am from the moon.

So, is there anyone else who just sort of uses them for the same things?  And, if not, what should mayo be used for and what should Miracle Whip be used for?