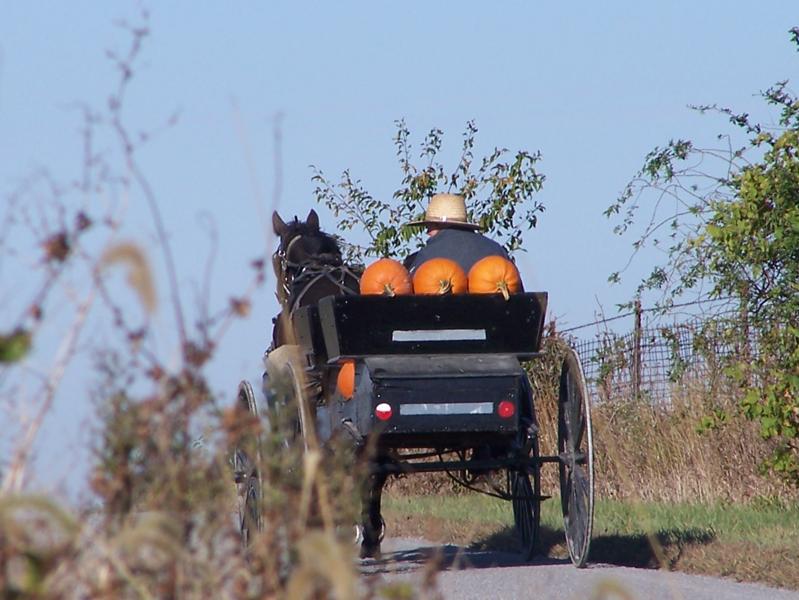 If you visited Amish365 yesterday you read about the cookbooklet that turned up in my house.

I wanted to share one more recipe from that book today.  I often don't share pumpkin pie recipes on Amish365 because it just seems like one of those recipes that everyone has their own for.    But with Thanksgiving coming up, I thought I'd share one in the cookbooklet.  It looks like a very old, authentic Amish recipe.  It has some elements you don't find in every pumpkin pie recipe.  So, if you aren't wedded to your own recipe for pumpkin pie, you might want to take a look at this one!

A couple of things to keep in mind about this one because there are a few pieces of this puzzle we don't have:

One, there is no exactly baking time, so you'll want to use the toothpick test frequently at the end.  Also, it calls for 1 cup of pumpkin which I will assume, given the recipe's origins, is fresh.  Now, others can chime in here, but I assume if you dump a cup of Libby's in that you'll be OK.  To my untrained 1, 1 cup of pumpkin spread out among two pies doesn't seem like it'd be enough, but that is the recipe calls for.   Using a cup of the Libby's will introduce spices and flavorings that aren't part of the original recipe.