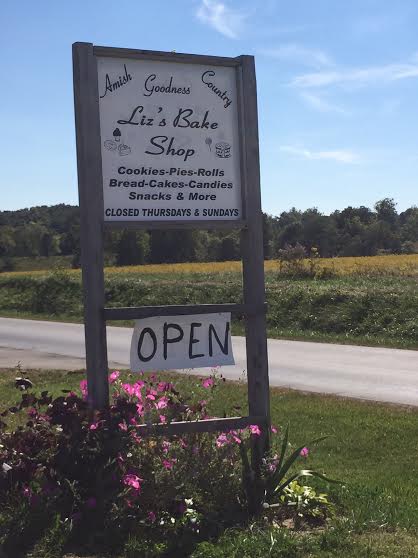 I've remarked before how Highland County, Ohio's Amish population has just exploded over the past decade.   Up until around 2005 there were few, if any Amish, in that part of southern Ohio.  But then the first waves began to move in and it was non-stop from there.  Interestingly, the Amish distribution in the county seems to be almost entirely in the eastern half.  I've not seen any families west of the county seat, Hillsboro.  The Amish that are in Highland County come from all parts of the faith: the most conservative Swartzentrubers to the pretty progressive Holmes County Amish.

Yesterday, I popped into Liz's Bake Shop, 7960 Overman Road just outside the city of Hillsboro off of US 50.  Whereas many Amish settlements frown up using the name "Amish" to market one's self, that wasn't an issue here where her sign displays the words "Amish country."  So that was interesting. 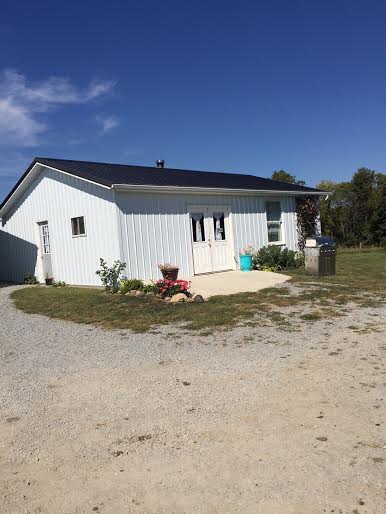 Liz's bakery is tucked away in a tiny, non-descript outbuilding down a long lane

Liz's Bake Shop is down a long gravel lane and tucked away in a tiny, non-descript outbulding.  True to Amish custom, there's no sign on the building so you kind of have to look around and park where you can.

The store is tiny, but full of goodies and treats.  The owner is Elizabeth Beachy who was away, but her sister was holding down the fort when I was there.  Her sister explained to me that the bakery was only about a year old.  While very small now they do have plans to expand. 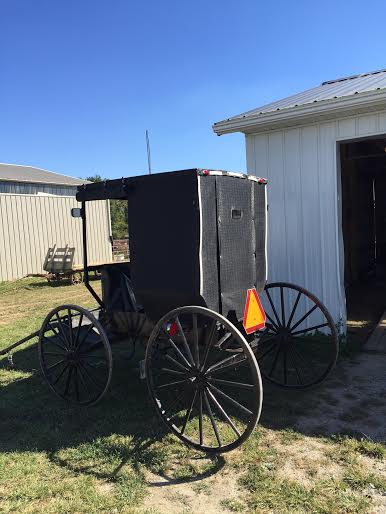 "Fridays and Saturdays are our busiest days when we sell a lot of doughnuts and fry pies," the sister said.   SIGH, I picked a Wednesday to come.  So I missed out on those.  By the way, if you do plan to visit Liz's, keep in mind they are closed Sunday (typical) but also Thursday.    When I was there Liz's had an had assortment of pies, rolls, breads, cookies, and cakes for sale.  All of them get a big "yum" from me.  I'll be sharing some recipes and photos from there in the days ahead.

I was surprised how large the church district is.  She said there are three church districts in her immediate area all fellowshipping with one another.  Each church has about 25 families.  That is amazing growth for a church that didn't start until 2008.  Many of the Amish here come from the Fredricktown area of Ohio.