Back at the Berlin Resort, we opted for a walk around the grounds before dark. Located on a hillside, the sloping lawn was the ideal area for three separate waterfalls that splashed down landscaped streams into a large koi pond. We passed through the flower festooned gazebo and over the bridge to a deck that stretched out over the pond. On the railing was a fish food dispenser. We plunked in our quarter and tossed fish food pellets at the multi-colored koi that swam below. Hundreds of fish responded in a feeding frenzy. I was mesmerized.

Fifty cents later, we continued our tour of the grounds. At the other end of the walkway was a child-sized village including a white spired church, a sheriff’s office, pet store, and the like. Inside one boutique, we saw orange power cords leading us to believe these structures had just been installed and were not yet opened for perusal of the younger set. We continued our stroll back up the hill toward the hotel and spent an hour talking around one of two fire pits until lightning in the distance sent us back to our balconies. 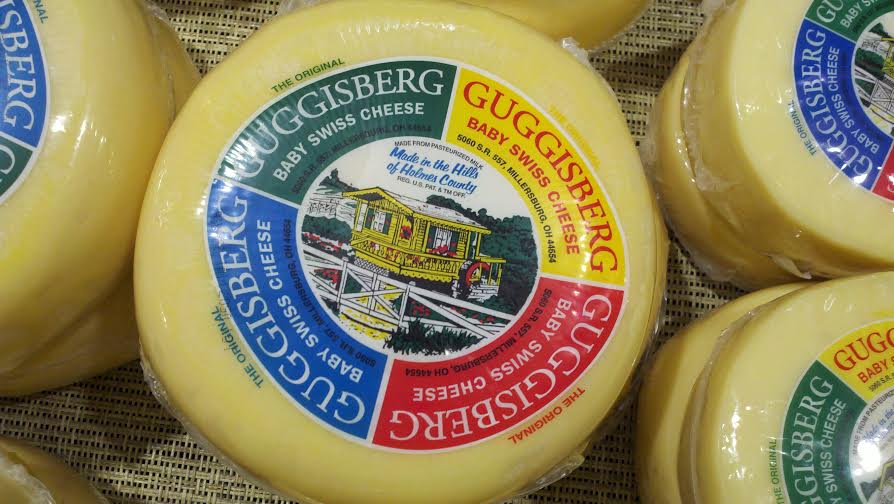 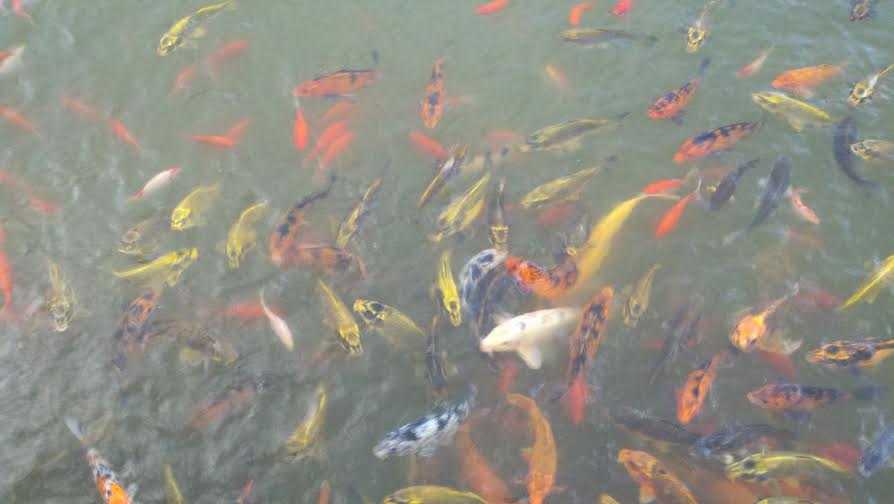 The next day started with an air-clearing shower that left leaves shimmering in the sun. All was dry by the time we explored the various Quonset-type huts of the Yoder’s Antique Mall and outdoor furniture store for another attempt at finding the timeless goodie I could not live without. From there it was back to Mt. Hope for a visit to the Homestead Furniture store from which previous purchases had been made by our friends. Again, I found myself lovingly touching the tops and sides of the beautifully hand-crafted furniture. I marveled at the inlaid woods and the immense stretches of solid wood table tops that would have filled both my dining and living rooms. I sat in ergonomically designed dining room chairs that screamed “take me home”.

From there we headed to the Doughty Valley on Ohio Rt. 557 and the Chalet in the Valley restaurant for yet another meal in what the GPS says is in Charm, Ohio. I could not find a town or even nearby village, but the locale was indeed in a valley.

The restaurant was built as an outlet for the cheeses the owners made in their Guggisberg Cheese Factory located across the road. Cheese makers Alfred and Margaret Guggisberg acquired a local cheese producing operation in 1950 shortly after immigrating to the area from Switzerland. After a decade of experimenting with the local milk, Alfred Guggisberg developed a new style of Swiss cheese that had smaller holes, or eyes, than regular Swiss cheese and was considerably creamier. This they dubbed “Baby Swiss”. They built the restaurant in 1983 using authentic Swiss recipes of  the Austrian and German foods of their heritage.

« Zucchini and Carrot Casserole
What Are These Farm Implements? »