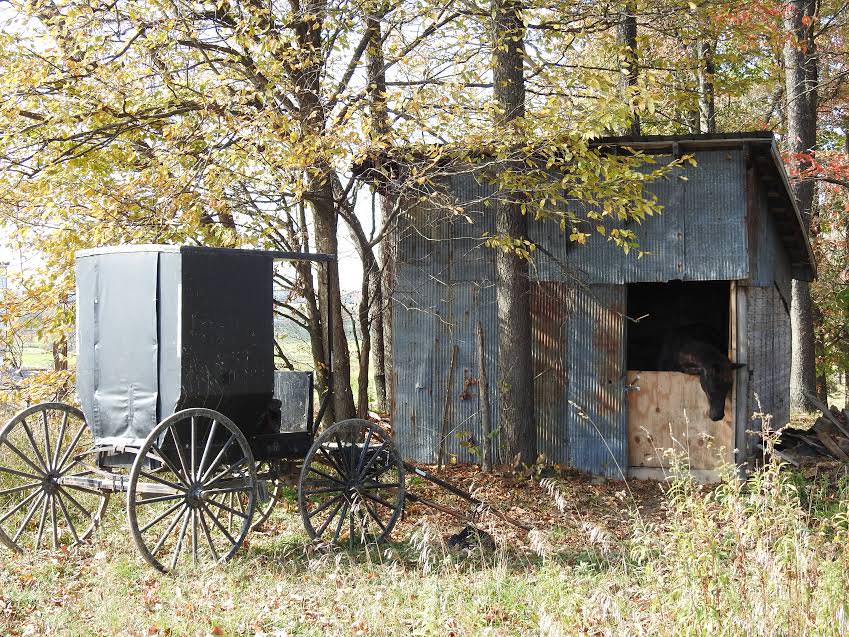 Typical of the Swartzentruber Amish, this buggy is plain black with no orange triangle or even reflective tape. The buggy is parked next to a horse shed in an overgrown field. (Manami White photo)

I've visited Wayne County, Indiana's Amish settlements numerous times.  But there's another Wayne that has even more Amish: Wayne County, Ohio.  That is the northern neighbor county to Holmes in Ohio, home to the largest Amish population in the world.  Wayne County, Ohio is known for its large concentration of Amish residents.

Bayley Diana (a random Twitter user that I stumbled on) recently posted on Twitter: "You know you live in Wayne county when you pass the same Amish buggy on your way to work every morning."

Yep, that pretty much sums up Wayne County....tons of buggies.    Wayne County is also home to a large population of ultraconservative Swartzentruber Amish.  You won't see orange safety triangles on the back of their plain black buggies.   There were other indications that this was Swartzentruber country. Often you'll see houses without even siding, just papered over with the TYVEK "house wrap."  Hanging laundry can also be a Swazrtentruber clue, if the laundry is generally a black color. 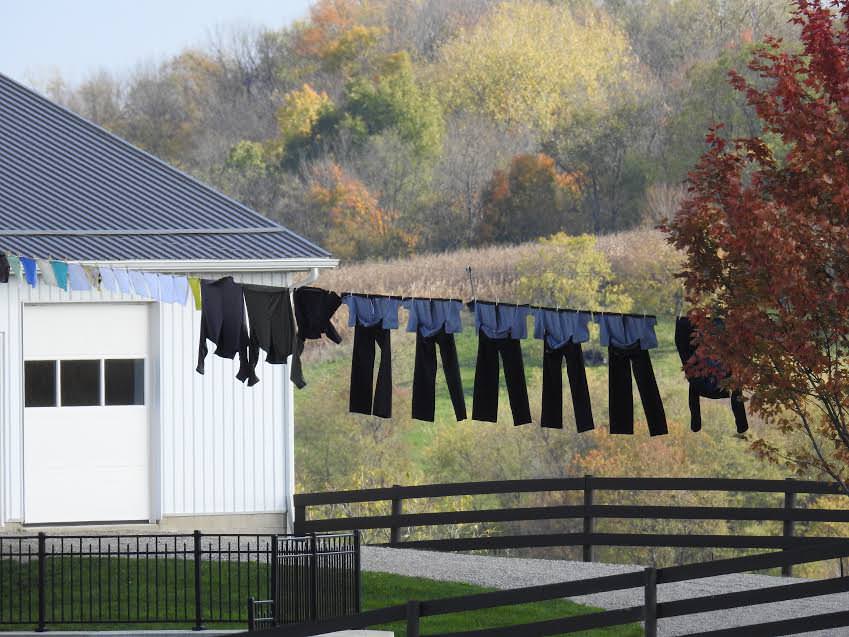 This laundry probably belongs to a Swartzentruber family based on where the photo was taken and the all black colors. (Manami White photo)

SIGH, I've spent a lot of time in this area of Ohio but none lately.  Since BabyBea's arrival I've not been on the road much, but I hope to get out and explore more soon.  In the meantime, my father-in-law and his wife were out exploring the Wayne and Holmes County area for a recent weekday getaway.  I was envious as they were headed there during peak leaf time.

The photo above was taken next to a school.  Many of the Amish schools in Holmes County are tidy, spiffy affairs like this one in Holmes County.  But my FIL described the school next to this shed as being very old looking, almost dilapidated as if something "out of a Dickens novel."  Smoke rose from the chimney as I am sure there was heat being generated to take the nip off the first days of autumn chill. 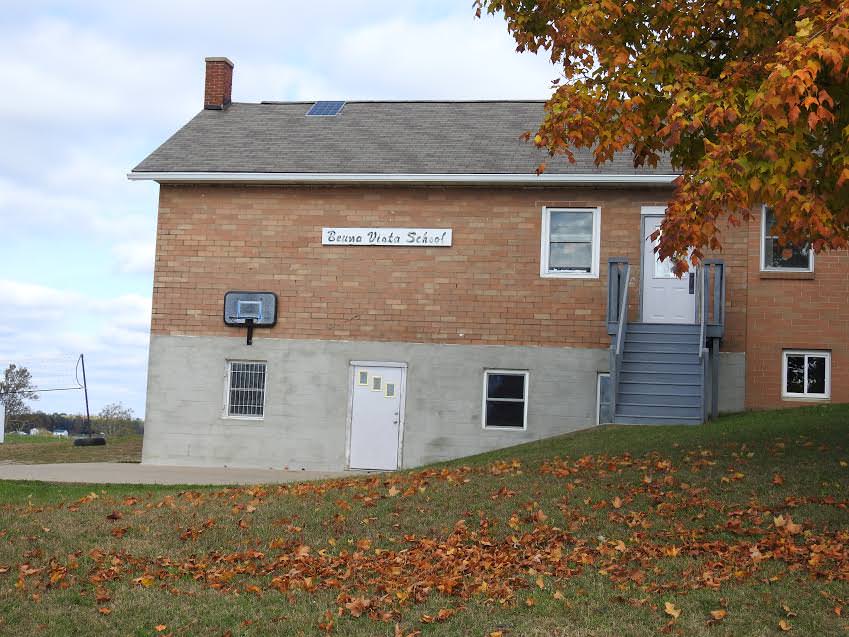