Along with everyone else in the culinary world, I've heard more and more about the wonders of homemade lard lately. However, accessing it is a problem. The one farm animal that our family has never raised is pigs. We have enough problems with our cattle and chickens escaping  our pastures that we don't need to further stress our relations with the neighbors by adding pigs, which are famous for their escape talents.

In lieu of pork lard, I've tried to make a little schmaltz out of chicken fat, but our chickens just don't put on that much fat when they can run about the pastures. Our grass fed beef is also too lean to have excess fat to render. So there wasn't much left for me to do other than drool over the recipes that call for lard and wonder just what this product was. When I went to visit to the Mother Earth news and Cappers Magazine offices here in Kanasas, the editors gifted me with a copy of LARD, the cookbook. That didn't help my lard daydreams.

But 2015 ushered in our acquisition of the Butcher Block, and with it, renewed lard possibilities. We were now in the hog-butchering business and bought several hogs for our own use. “Save the Fat!” I told the butchers. Feeling like it was my birthday; I toted home two giant bags of ground pork fat. Now, to find an actual recipe for converting this in lard.  Rendering lard, from the information I was able to obtain, is relatively simple: slowly melt in the oven until it reaches 225 to 270. I tried to rig up a filter to strain it as I put it in the jars, but I still made a big mess, so I need to figure out a better method for that. The lard looked about normal: nice and white and slightly firm. But is it "good lard? " I had heard the good lard didn't even have a "piggy "taste and this had more of the  pork smell then I thought it should. 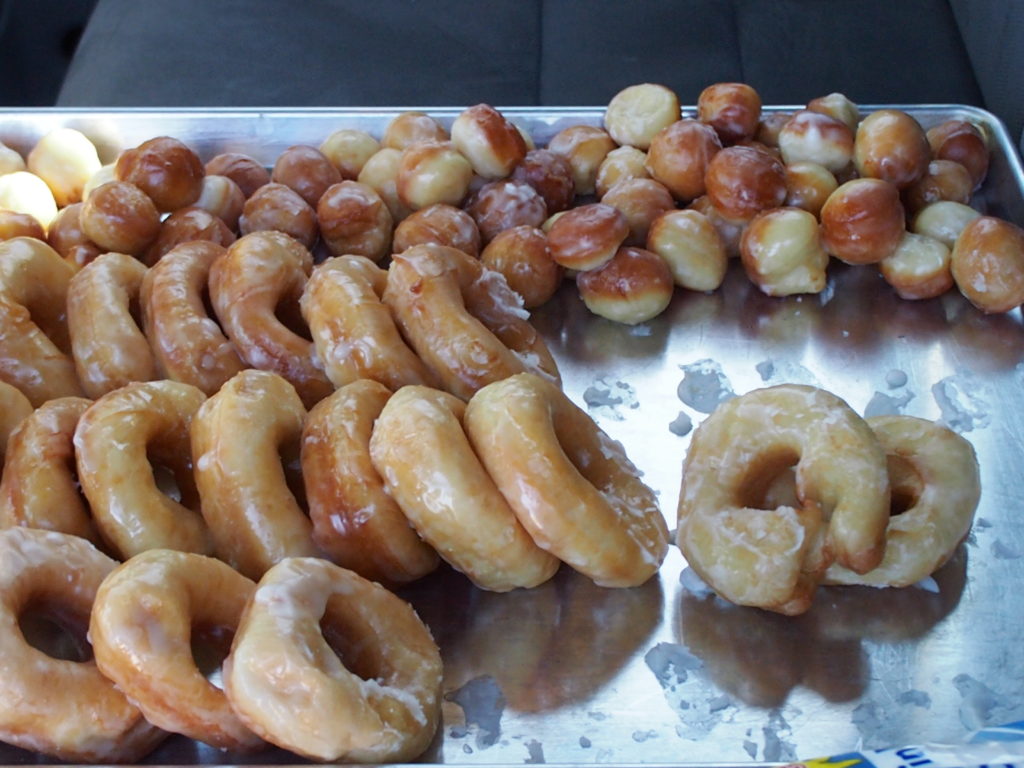 Doughnuts fried in lard were a hit in the Bauman household!

Now came the fun part of using it. The first thing I made was biscuits with my lard. And they flopped. Let me tell you my biscuits never flop, and my culinary critics (my brothers) declared the biscuits tasted  “piggy.” It was not an auspicious start for the lard, but I wasn't about to give up. I suspect that I should've skimmed off the cracklings a little sooner to help prevent the poor taste. I'd seen a recipe that included a little baking soda it when you rendered the lard, so I may use that the next time to help ensure that there isn't a poor taste in the lard.
The next lard project was donuts. Supposedly, lard is a superior frying oil. I figured that if the boys didn't like the taste of lard as an ingredient, than I would submerge the entire pastry in the lard! I spent a lot of time letting those donuts rise properly; then emptied a whole quart of lard into my grandma’s cast-iron pan and started frying. I didn't tell anyone what I was frying the donuts in, and they flew off the plate! Apparently, the lard didn't make the donuts taste piggy! 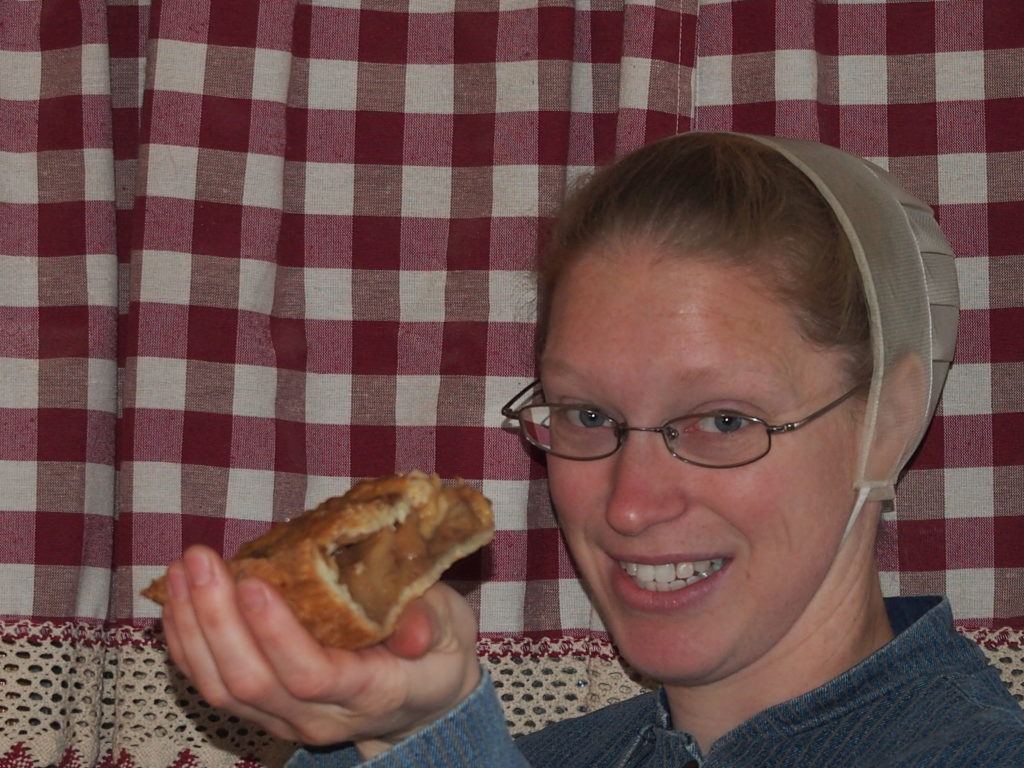 Newly emboldened by the success of the lard frying,  I determined to make pies with lard. I've heard the lard makes "the best pie crusts”  and I just had to try it out, because I thought that my pie crust with butter were pretty good already. I know you shouldn't try to fix something that’s not broken, but I'm a sucker for innovation. I made cherry, apple ,and blackberry double crust pies with that lard . The lard made perfectly fine dough, but as I slid the pies into the oven I began to worry that, like the biscuits, the lard pies are going to flop.

The pie dough tasted a bit “piggy”, so  what if all three pies tasted like they've been made with bacon grease? As insurance, I made two additional pies with butter in the crust. The pies came out of the oven looking ground and beautiful. So far so good. What do you know, the pies with lard crust were eaten first!. The lard crusts had absolutely no pork taste after baking, I discovered that they were flakier and drier than the butter crust, which tended to be darker in color. I'm totally going to be making more pie crusts with lard, but I think I'll try doing half butter and half lard. I like the flaky part, but I don't like dry pie crusts, so perhaps the butter  would keep the crust a bit moister. Now I think I'll try mixing up another batch of my biscuits . They have to turn out good sometime!