PREBLE COUNTY AMISH: Preble County borders my county In Ohio.   For me, Preble County has always been a rural hinterland of farms and empty roads. In fact, when I was younger and fitter, I’d take my bike to the little town of Gratis (so nobly named, that means “free” in Latin), park my car and just pedal my way through Preble.  The county has long been home to many Plain residents, members of the German Baptist Brethren church. But, Amish?  Never, until recently.

Over the summer, Amsh365 reader , Jill, alerted me to an Amish auction being held in Preble County.  Preble County Amish?

“Huh?” I thought.  “There’s no way.”    Turns out, yes way.  The Amish have come to Preble County, Ohio and I believe it’s probably the state’s newest settlement.

Currently, there are only four families who have planted roots here.  Three of the families are clustered within 5 miles of one another (which is still pretty spread out).  Three of the Amish families moved to the area from Fredericktown, Ohio, the fourth came from the Gallipolis area  One of the Amish women that I spoke told me they came to Preble for the plentiful farmland.  The first Amish home I came to is really close to the edge of Eaton, the county seat.  The Amish family has over 60 acres to farm, but their home is sort of wedged in among typical suburban ranch houses.   Not maybe quite what I expected.  The other three Amish homes were more traditional out-in-the-middle-of-nowhere farms.  And, geez, one of the Amish farms is a full 12 miles from the first one.  All four of the Amish families rotate home worship, which can sometimes mean a 90 minute buggy ride.

The new Amish arrivals are very conservative, they said they are not Swartzentruber Amish, but I could tell by their clothing and lack of reflectors on their main buggies that this group was pretty plain.  One of the families has converted an old-chicken coop into a makeshift school for the Amish youngsters.

I’m undecided on whether Preble County will experience explosive growth with it’s Amish  population.  On one hand, there’s plenty of rural and relatively cheap farmland available there. On the other hand, they do face a lot of competition from Brethren groups for that land. The Brethren and the Amish don’t often overlap much in geographic areas, but they do in some places. And they get along fine  As long as more families continue to move in, 10 years from now the county could be home to many many Amish, which would be super-exciting for me!

As of now, though, if you are wanting to experience Amish culture, skip Preble County and visit neighboring Wayne County, Indiana where there’s an established Amish population with bakeries and bulk food stores.   Here are some scenes from my visit: 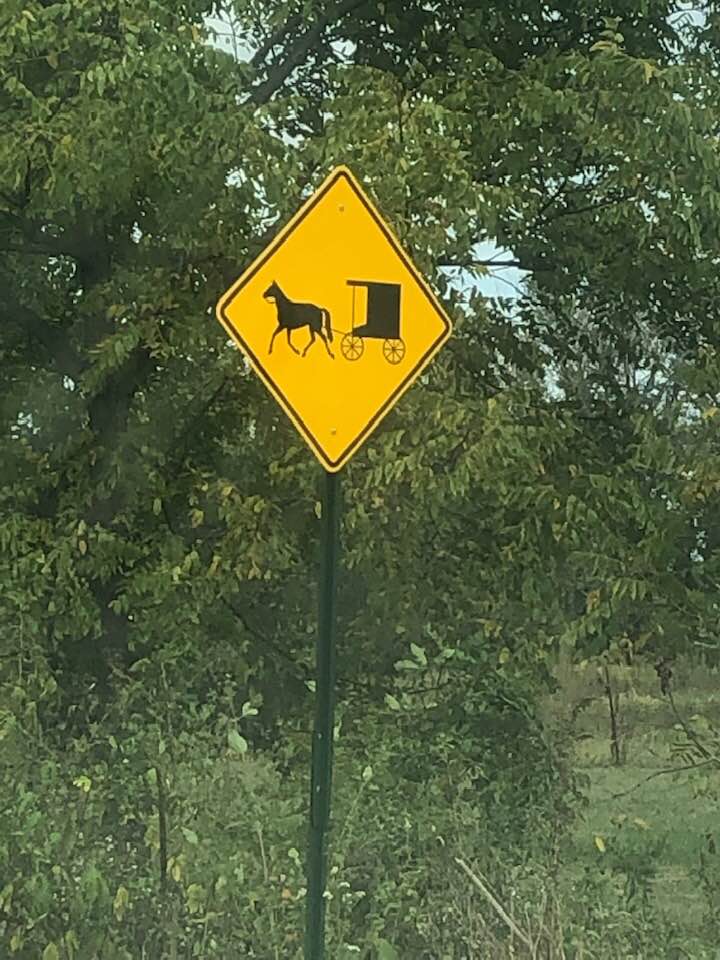 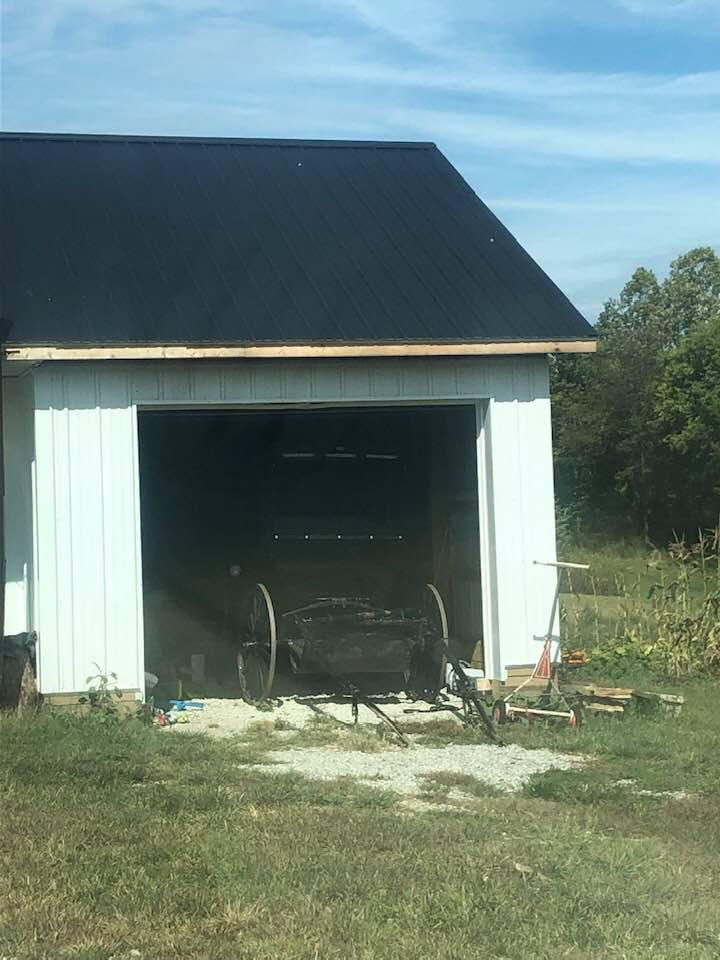 This is a buggy parked in a garage, none of the main buggies had orange slow-moving vehicle triangular emblems on them.....just small pieces of reflective tape. 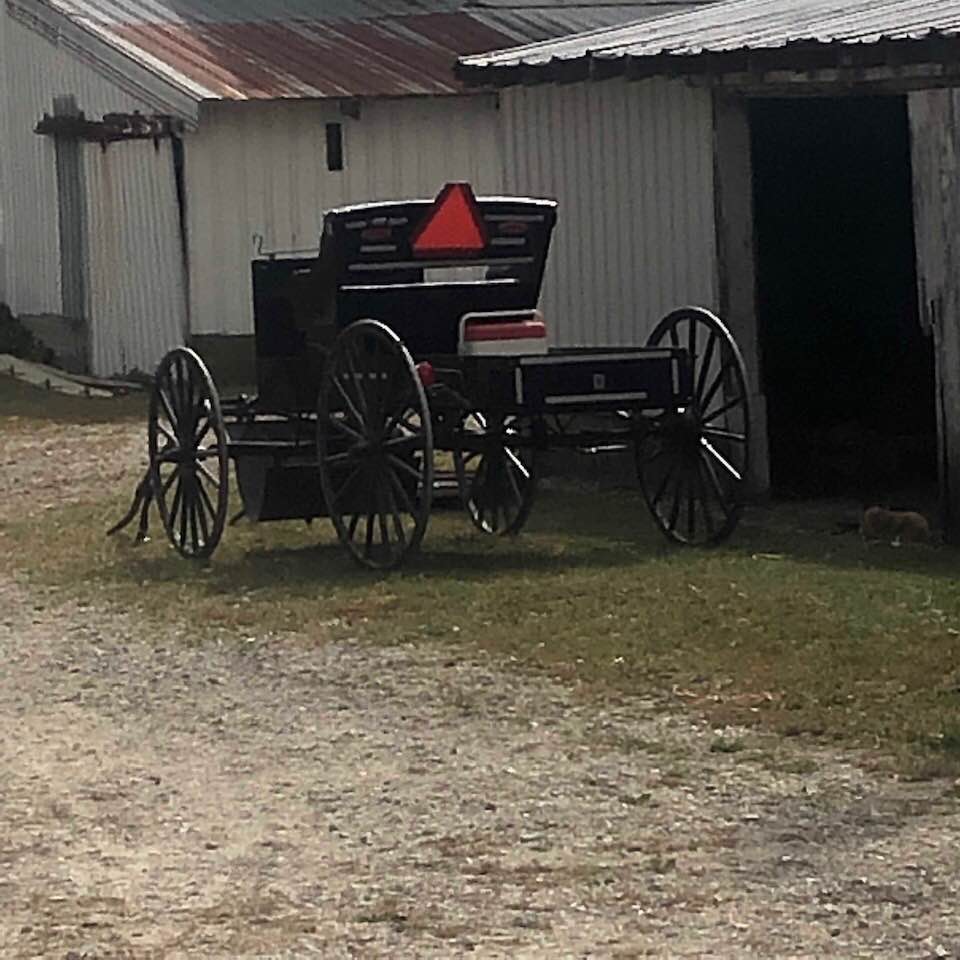 This open cart had a triangle on it 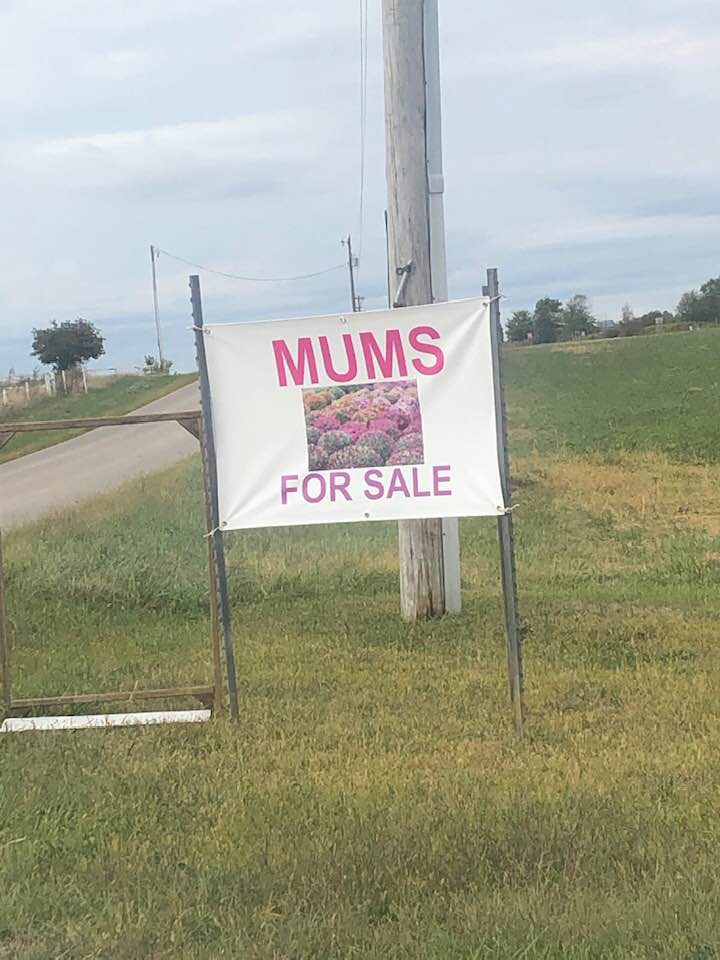 This Amish house sells some home-grown mums and produce... 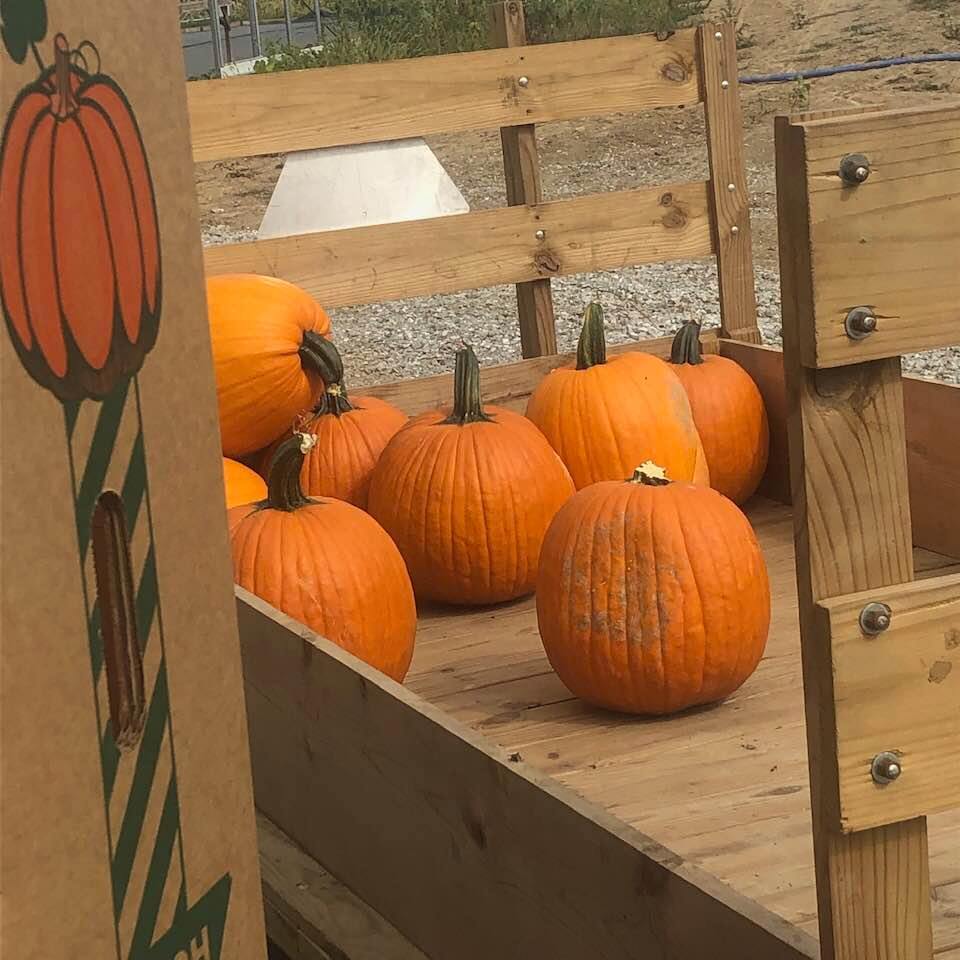 One Amish farmer grows and sells pumpkins...all four of the Amish families arriving in Preble are farmers.+