As we head into December I just thought I'd share a few random scenes from my corner of the world.  As cliche as it sounds, I do think there is beauty everywhere if you're willing to look, whether it be a stately old building, a lush riverbank, a parade, or softly falling snowflakes.  Here are a few interesting scenes: 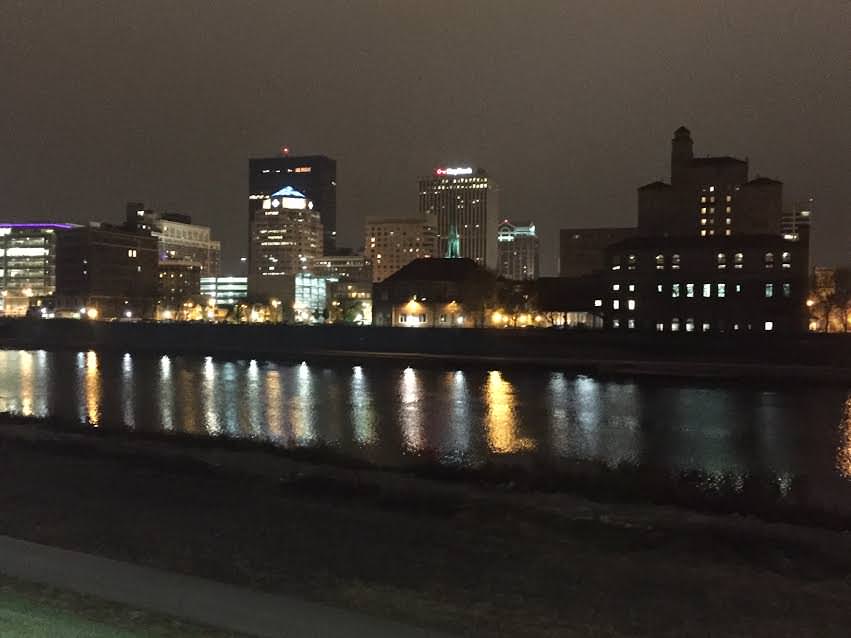 This is a view of downtown Dayton, Ohio from the McPhersontown neighborhood to the north....Dayton, I think, is an often overlooked and underrated city. It is known as the birthplace of aviation, but it has a lot of other neat things going for it like a top-notch park system, art museum, wonderful restaurants, and a consistently sold-out minor league baseball team. 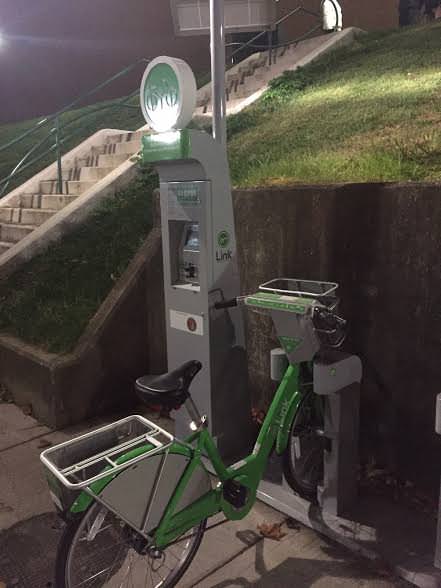 This is a "bike share" station that a I stumbled upon one night last week, one of many all over Dayton. I'm really intrigued by this.....but, hmmmm, I don't know...I guess the thinking is that you can "go green", you can take the bus from your suburban home, get off at a BikeShare platform and then pedal the rest of the way to work or the market, etc. I love the idea, I really do, I'm just not sure how practical it would be. Maybe very...I just don't know....would love to hear from someone who has used these either in Dayton or someplace else? 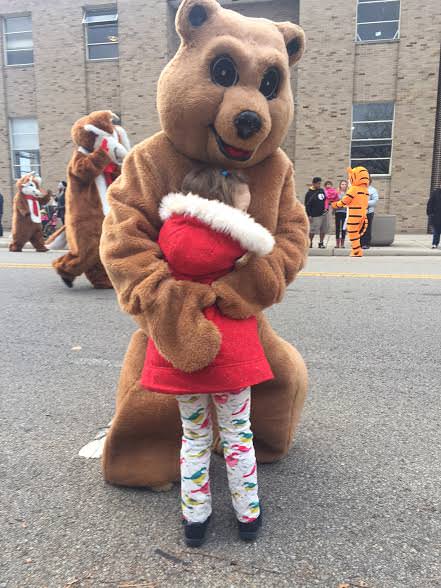 My 3-year-old daughter is a sociable little one. At my town's annual Christmas parade, she gladly accepted a hug from one of the many costumed characters. As an aside, in the background, is the stately old Middletown Journal building where I worked from 1989 - 2000. Lots of memories there. The old brick building would literally tremble when the printing presses roared to life each afternoon. The building has sat vacant now for almost a decade perhaps awaiting a second life as apartments. The newspaper has since been folded into one county wide paper. 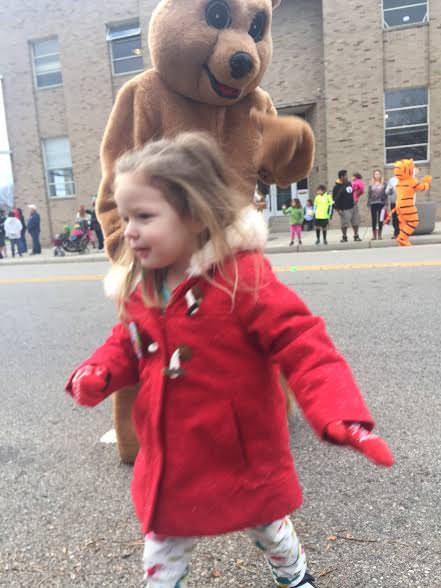 Happy with her "bear hug", Aster heads back to join me in watching the parade. 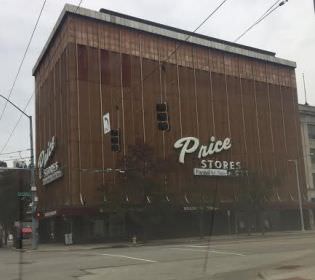 Not the best photo, but this reminded me of an old-time downtown department store which could once be found in most major US cities, although this - I believe is - a local store, not a chain. SIGH, I remember the days of downtown May Company stores, Higbees, Shillitos, and more...Belk is a chain in the South...all of these names may sound unfamiliar to many, but they were once vibrant department store chains....

« Can Anyone Guess Where This Is?
Easy Mennonite Almond Butter Crunch »