This past weekend we were able to meet up with "Just Plain Rosanna" columnist Rosanna Bauman at the Second Street Market in Dayton. She and her grandmother were visiting family in the area so we took the occasion to meet up. 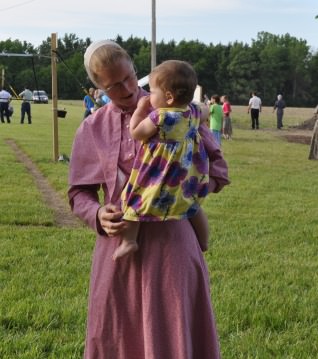 Rosanna with Aster two years ago at Annual Meeting..

Last time Rosanna and I had met in person was two years ago at the Brethren Annual Meeting near Lima. Sheesh, Aster was tiny then. 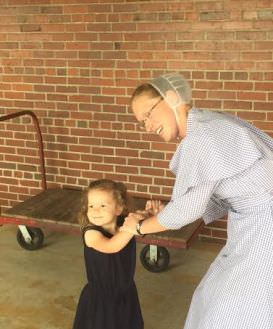 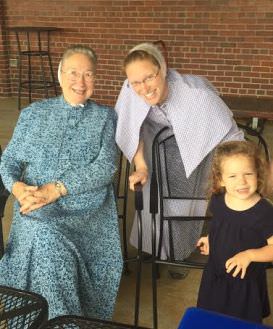 This time, after a brief bout of initial shyness, Aster was all about Rosanna.  Here are some pictures of Rosanna "swinging Aster" which she loved and kept saying "again, again" each time Rosanna did that.

Tomorrow I'll write more about our market visit, Rosanna and her grandmother, and share more photos!