Rosanna photographs her New Zealand meat pie at the Second Street Market in Dayton...she examined the meaty filling and declared the cuts of beef to be "very high quality"

Rosanna - our Brethren columnist - manages a farm market in the tiny town of Garnett, Kansas. Rosanna really is amazing: a writer, farmer, entrepreneur, and sustainability advocate, all while hewing to her Plain faith.  Because she manages a farmer market, I thought she'd enjoy seeing the Second Street Market in Dayton, Ohio, a sort of combination farmers market and shopping experience.  The food there is amazing.  Rosanna's grandmother got an eggplant sandwich while Rosanna tried out an New Zealand meat pie.

Rosanna and her lovely 78-year-old grandmother were traveling east as part of a Brethren history tour where they - and other Brethren - toured some historic sites relevant to their church's history. Most of that was in Pennsylvania and Virginia.  Western Ohio, where I live, is home to many Plain Brethren churches so Rosanna has a lot of family here. So on their way back from the history tour they stopped in western Ohio where they met up with us and some of their own family.  Very enjoyable visit and you'll be hearing more from Rosanna in the future!  She was able give me some photos from their history tour and I'll post those in the coming days

Meanwhile, I thought I'd share some more photos from our time and the market. 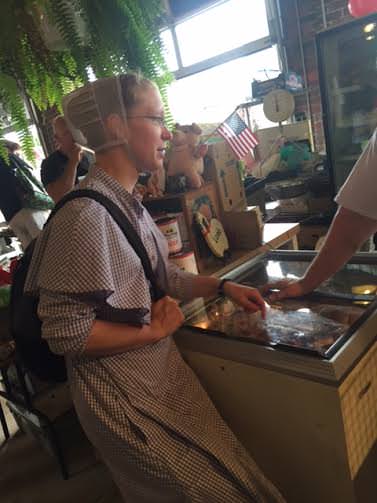 Rosanna talks to one of the vendors 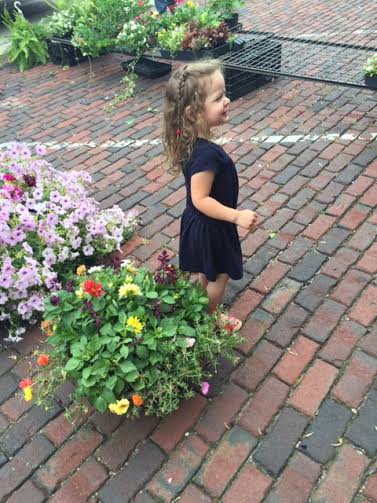 My daughter, Aster, stops and smells the flowers 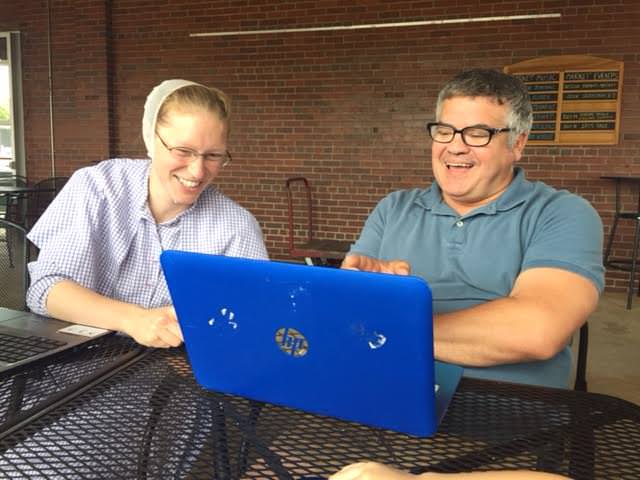 Rosanna and I must have seemed like quite the pair, both with our  laptops (Aster keeps putting stickers on mine if you are wondering what the white stuff is on my laptop cover) 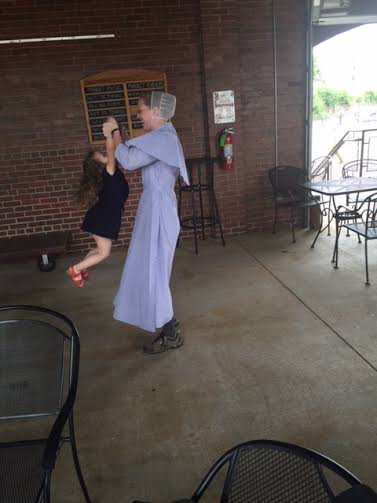 « Rosanna Goes to Market: Part 1
Amish Scenes: Take a Look at the Quilt »