CAPTIONS:  Daniel's buggy parked outside of his woodshop;  my lunch plate at Gloria's, and a hat marks the home hanging on the wall.....

I had the chance to spend some time with Gloria and Daniel Yoder last week and had a really nice visit.  For  a 24 and 26-year-old they are both incredibly mature.  I don't like when I say stuff like that because it makes me feel old.    But Daniel has a  bustling woodworking business and Gloria tends to the home-fires with their 2 ½ year-old daughter, Julia.  As Gloria noted in her first column, another child is on the way in November.  So exciting times for the Yoders.

I showed them photos of  our 10-month-old daughter Aster and talked about what a blessing she has been for Rachel and I.  That said, I joked with Daniel that there is no way I could have been a parent at their age. I would have been lousy at it (although we both agreed that having a child forces one to grow up so perhaps had I had a child at 24 my life might have charted a more normal course).    They are a young couple that still have most of their lives ahead of them and they are affectionate in the way a young couple usually is, gentle touches, finishing one another's sentences, and making one another laugh.  They are the type of young couple I think anyone would like their son or daughter to turn out to be.  I am looking forward to getting to know them in the years ahead through the column. 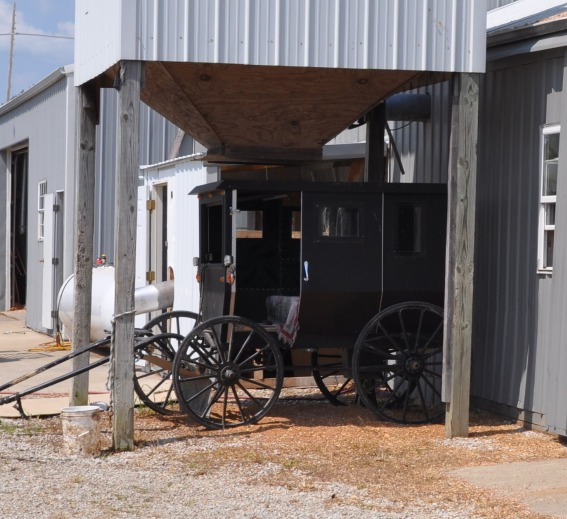 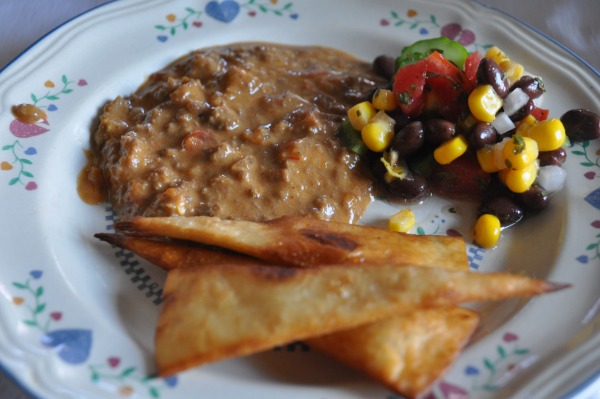 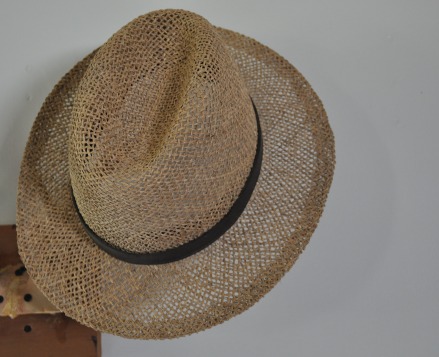 We enjoyed a nice, light lunch and visit and Daniel showed me his wood-shop after the meal.  The meal, by the way, consisted of a delicious bean dip, homemade salsa,  and homemade yogurt.  The dip was served with wedges of fried tortillas.  Gloria likes to fry tortilla pieces to create a crunchy, satisfying snack to dip into salsa or beans.  Yum.  And then there were some chocolate-peanut clusters that her mother made. Gloria's mother, Dorcas, lives a stone's throw away and is a helpful presence.

Their southern Illinois Amish settlement is a horse and buggy New Order community.  Their primary mode of transportation is horse and buggy or bicycle.  Cell phones aren't allowed in their community, something that has proven divisive elsewhere among the Amish.  What struck me most when I first visited this settlement several years ago and met the Yoders was how it feels like one big family.  The 20-plus families in the church band together on projects like harvesting watermelon and husking corn.  The church youth serve meals in nearby Robinson once a year to help raise money for their Amish school.   The children attend a small Amish school-house in the community.   Gloria's 16-year-old sister was a teacher's assistant at the school last year.

The settlement has an Amish-run bulk food store and plenty of homes selling produce and canned goods.  It's a rural stretch of land that at times almost seems in the middle of nowhere and that is how the Amish of Flat Rock, Illinois prefer it.

More photos, stories and recipes in the days ahead.