For those of you who are on the Amish365 email list, you know that I was once in the grocery business.  It's too long of a story to get into in this post, but I spent years dabbling on the edges of it and during that time really developed an affinity for the industry, especially the little guys.  Problem is, there really aren't that many truly "Little Guys" left.  That's why I love IGA stores, really those are about as good as they get, but IGAs are gradually vanishing. 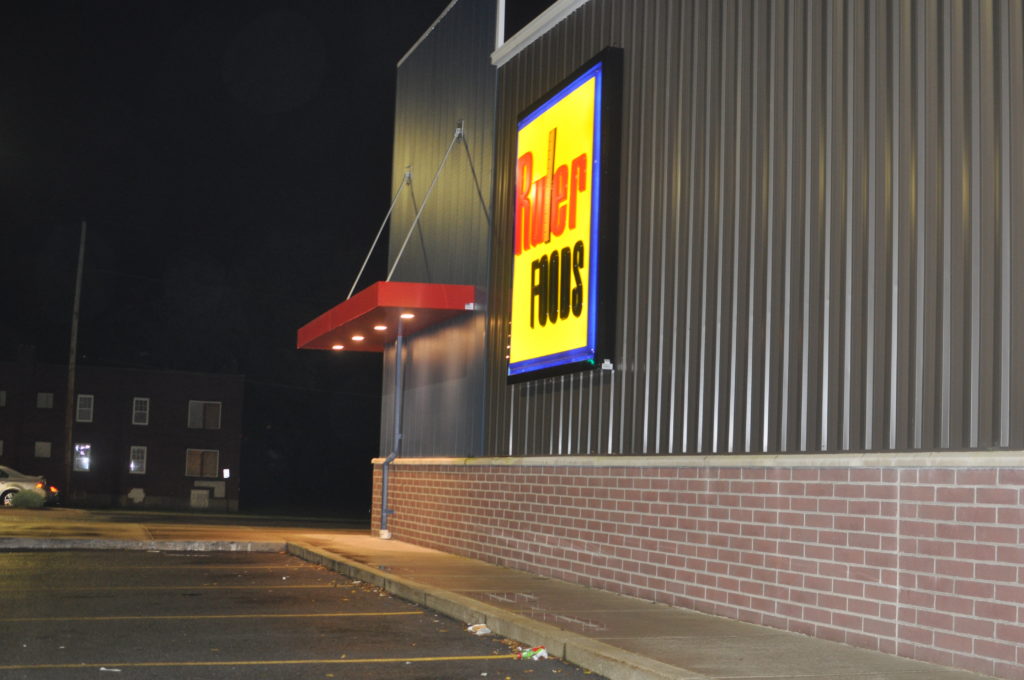 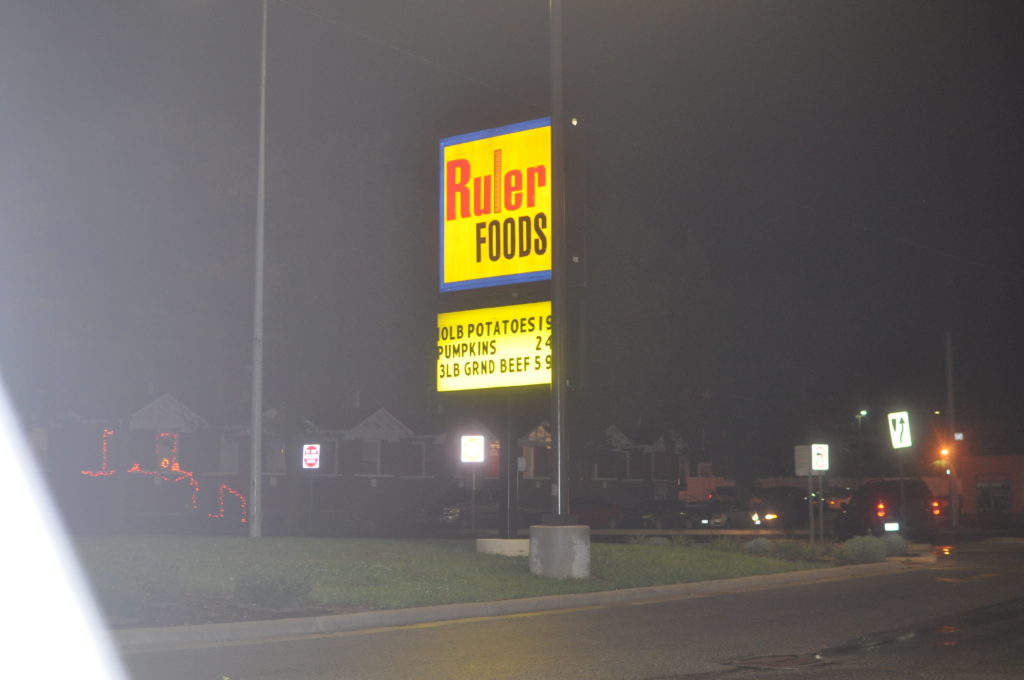 I spotted this"Ruler Foods" in Lima, Ohio the other day and thought I'd found a charming little chain, only to find out later that it is owned by Kroger.  SIGH.  At least Kroger generally buys smaller chains and lets them keep their old names and logos, etc. 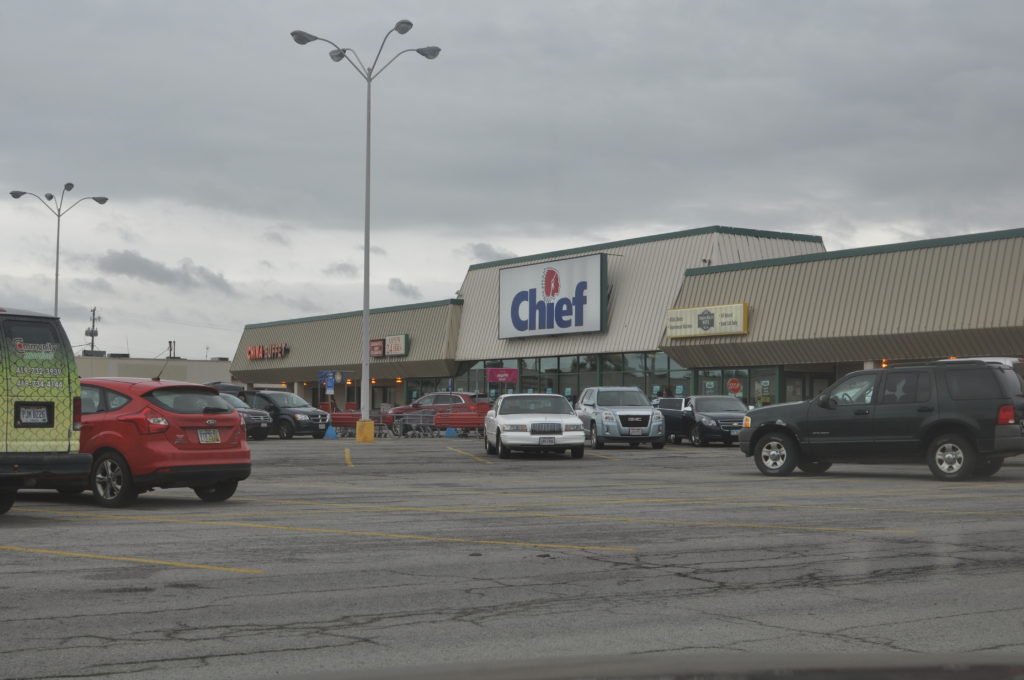 Chief Supermarket is another small grocery.  They are much closer to the type of store I like.  Although, geez, I'm surprised in this day and age that the name and the Indian headdress logo isn't considered dated and offensive.

I wish I had had time to go into Chief and explore.  There's just a much more personalized experience at these smaller stores. Workers have a stake in them and in the customer experience.  Product mix can be a bit more variable, which I like.

The grocery business is so competitive and so dominated by the "big guys" that it is just fun to see a little independent market grab a share of the pie.   The in many ways the grocery business HAS maintained some regional flavor....I love the regional chains...here are some favorites, and regional chains that aren't owned by the big guys (which is why a chain like Dillon's in Kansas didn't make this list, they are owned by Kroger):