I was in Wayne County, Indiana's Amish community yesterday and all around were signs of spring, now less than a week away. Greenhouses were coming to live, buds were beginning to awaken, horse-drawn buggies were out and about.  The Amish produce auction season kicks off on April 15.

For newcomers to this site, Wayne County, Indiana's sprawling Amish settlement is unusual in the Midwest in that it is a  "Lancaster County, Pennslyvania" Amish settlement smack in the middle of the Hoosier state.  The distinctive cultural traits of the Lancaster County group are on evident display.  These include: gray buggies, using scooters instead of bikes, the distinctive double-peaked kapps worn by women, and even the clothing colors.  You go north 20 miles and visit some of the "Swiss Amish" in neighboring Henry County, you'll find a completely different set of characteristics: different clothing colors, open buggies, and even beards that are trimmed a little differently.  Interestingly, these two Amish groups don't interact much at all.

Soak in some late winter scenes with me: 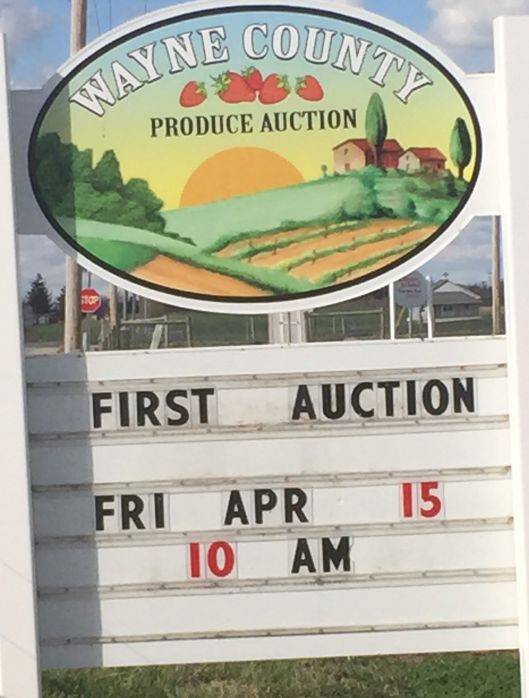 The Amish produce auction kicks off its season on April 15. Turn in your taxes and go buy some fresh early season lettuce! 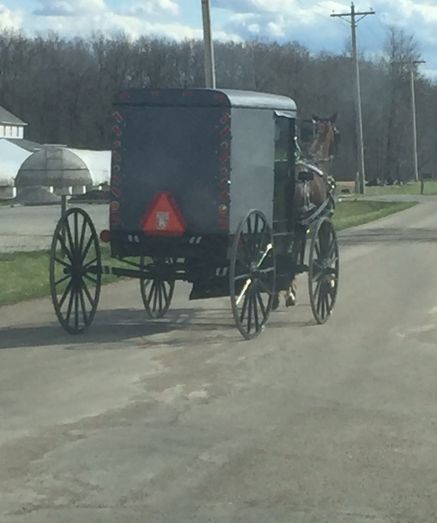 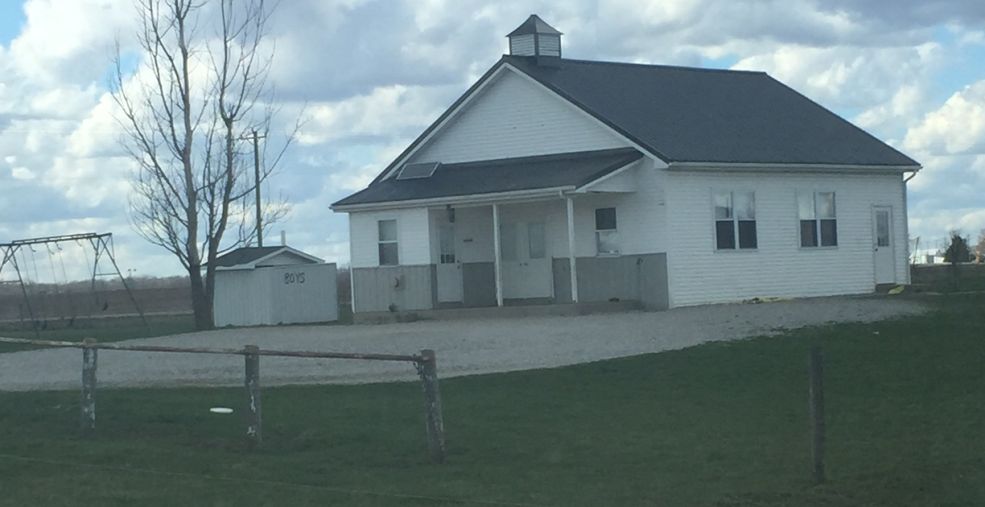 An Amish school-house after the students are home for the day. A couple more months and it will begin its summer slumber. 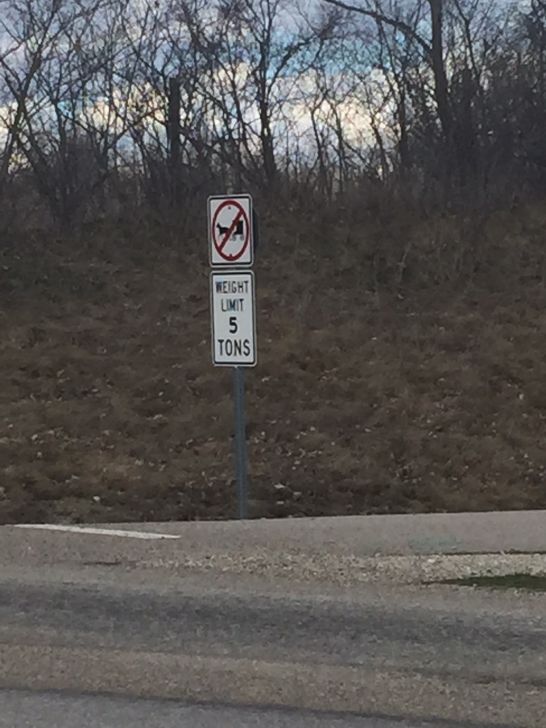 No buggies in the bikepath! The Cardinal Greenway bike path parallels busy US 35 between Muncie and Richmond and makes a tempting alternate route for buggies.