MOST RECENT
09:43 AM
Home Everything Amish Plain Culture The Amish and Fasnachts

I had never heard of Fasnachts until I was an adult. I think I first heard the term when an Amish Cook reader wrote into the original Amish Cook asking if she had a recipe for it.  She didn’t and she hadn’t heard the term, which was one more early lesson for me as to how widely varied Amish culinary customs are from community to community.  Amish in Ohio, Indiana, and points west do have very different customs and traditions, often, than those who live in Pennsylvania.  The reason for this is that fasnachts are very much a tradition among the wider Pennsylvania Dutch community, so the Amish in the area have been exposed to it and taken it up. 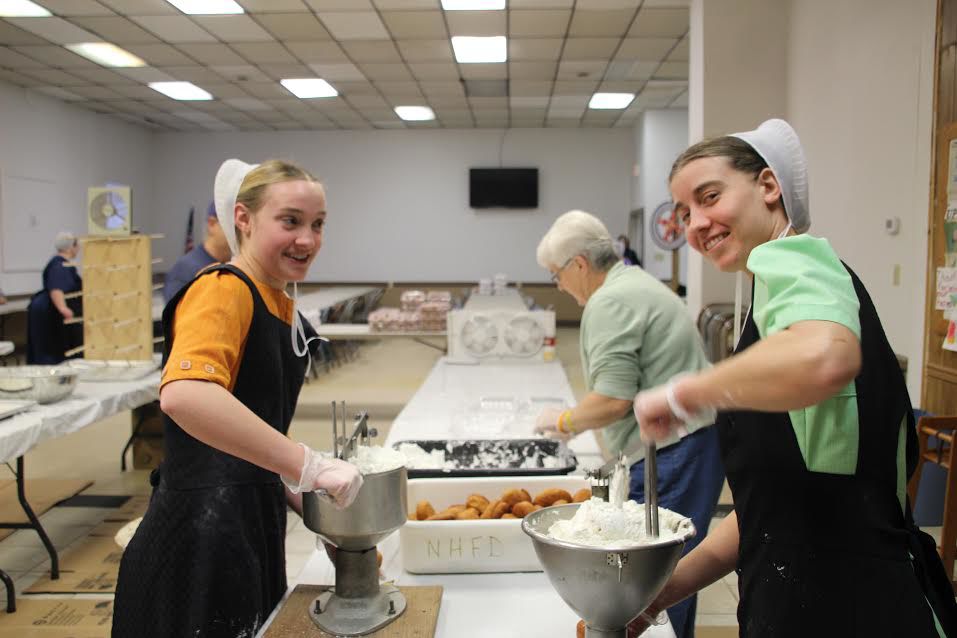 These Amish women are helping prepare the fasnachts (raised doughnuts)

The Amish as a whole do not observe Lenten traditions and fasnachts are typically a “Fat Tuesday”treat to indulge in before the more austere days of Lent. But the Amish, primarily in Pennsylvania, who were already skilled doughnut makers adopted the fasnacht tradition.

A small paper in Pennsylvania had a brief blurb (SIGH, beyond a paywall, but I sprung for it so I could share it with you all) about the Amish and fasnachts today.  The article says, in part:

Members of the Newburg-Hopewell Fire Co. and the Amish community began their Monday morning by preparing the homemade Amish Fastnacht doughnuts for Fastnacht Day, Tuesday, Feb. 13, at the Old Fire Hall in Newburg. The doughnuts are sold each year to benefit the fire company.

hey began at 5:30 a.m., preparing the dough, heating up the deep fryers, making the glazed icing, and making the center cream for cream-filled doughnuts, as well as the smaller pieces known as tidbits.

Verna Zook spokeswoman said, “We have been doing this now for several years as a fundraiser for the fire company. We, the Amish community, support and appreciate what they do as volunteers for the Newburg area residents.”

Newburg, I believe, is in what would be consider the “Big Valley” of Central Pa.

The Lancaster Pennsylvania recipe actually posted a recipe for fastnachts here.  Worth clicking over just to see a picture of the doughnuts, if you are having trouble envisioning what they look like.

And this is another recipe for fasnachts that comes from an Amish woman in Pennsylvania.  I’m fairly certain if you visited an Amish community in, say, Berne, Indiana and talked about fasnachts, you’d be met with a blank stare.