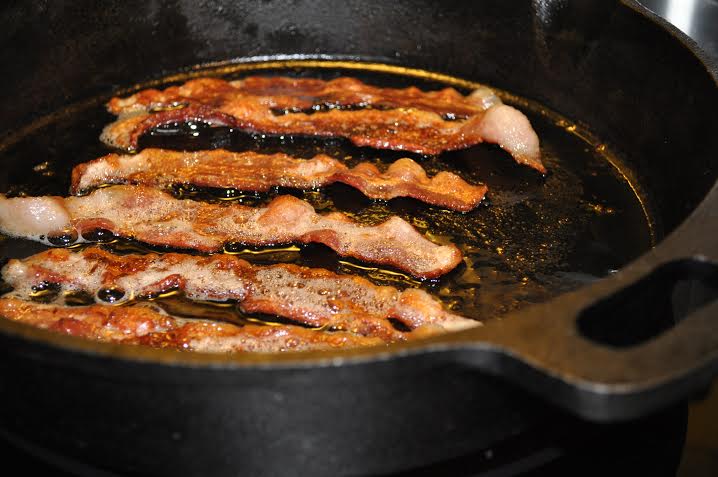 Cheery spring greetings from our house to yours.  We thoroughly enjoy spring days in the quiet countryside outside Flat Rock, Illinois.  Julia and Austin both relish the opportunity of going outside quite frequently on these sunny days. Soaking up the spring sunshine as I work in the garden or flower bed feels like the best tonic on earth after the winter months of being indoors most of the time.

At 18 months old Austin certainly is an outdoorsman.  Recently, he started saying “go, go” when he wants to go outside.  I was baffled we generally use the German word “ga” or “geh” instead of the English word “go.” Several days later it clicked. I hadn’t given it a thought that this winter once everyone was bundled up and ready to go, I’d say, “Let’s go!”

When I tell him to go get his Crocs to go outside he gets all wound up and excited, a sure sign of spring. To him any shoes or sandals are called Crocs.  (Editor’s Note:  I doubt whoever invented Crocs were gearing them towards the Amish, but the versatile footwear has become a hit among them.  I’ve seen Crocs, or generic versions of them, worn in almost every Amish community.  – Kevin Williams)

Yesterday Austin was allowed to go outside and watch the school children next door play their running game at recess time. He was impressed especially with two of his aunts being among the students, another aunt who was teaching and on top of that his grandpa is also a teacher at the school. Austin stood with outstretched arms “Like a little bird,” Grandpa said.  Several of the children ran up to him giving him bites of their salty snacks they were munching on.

My husband Daniel also enjoys working outdoors after working in the  shop all day. I’ve greatly appreciated all his help with gardening this spring.  It’s always interesting to see what he reels out of his  superb imagination to try out next. This year he came up with the idea of using 3 foot black plastic strips for reach row in the garden. Next he decided to cover the narrow strips of soil between the plastic rows with straw to keep the weeds  from showing their faces. Hopefully we’ll have more of a fuss free garden with no tilling and a very minimal amount of weeding to do.  The plastic also does an outstanding job of keeping the roots of the vegetables nice and moist.  I’ll let you know later in the summer how this experiment worked!

Julia enjoyed being able to help with dropping seeds into the soil as we poked holes into the plastic.   It took some extra time to do the planting on plastic, yet Daniel and I both agreed that we’d much rather spend more time now  and have less weeding and hoeing in the hot summer sun!

As you can imagine Austin was serious about being in the midst of everything. Why aren’t 1 1 /2 year olds allowed to help plant those colorful seeds? Or why doesn’t Mother allow them to scatter these  attractive seeds all over the garden by the handful? And how about those long strips of black plastic?  Wouldn’t those be perfect runways for little feet to run up and down?  Yes, gardening with children can be challenging and quite stretching when it comes to patience levels.  These trying times have been a reminder of God’s love and patience towards me even when I fail and repeatedly ask him for forgiveness.  I can’t help but stand in awe of God’s loving provision to us in spite of our failures and weaknesses.

Daniel’s favorite foods during these spring days is anything that comes off the grill!  We’d love to hear from any of you might have a favorite grilling recipe to share.

I’m a bit spoiled, Daniel loves grilling so he is the one who does the grilling over the open fire. In the meanwhile I get the remaining supper items on the table.  We’ve found that bacon adds flavor to numerous grilled items.   This week Daniel’s brother John served their specialty straight from the grill. If you have access to a grill you’ll find this to be amazingly simple, yet tasty!