I was in the southern part of Logan County exploring the Amish settlement of DeGraff, which I'll post more about tomorrow.  But in addition to Amish homes I saw an awful lot of just falling part homes in this enclave about 15 miles south of Indian Lake. 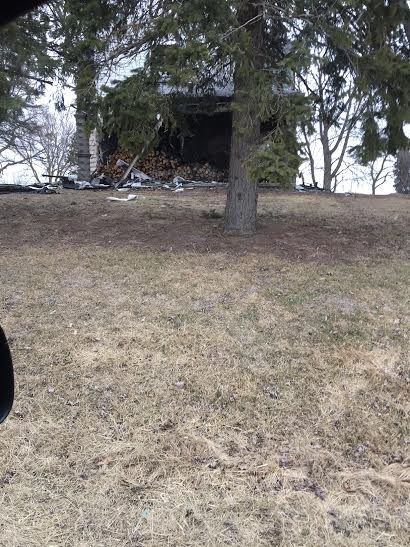 A burned out home on Ohio State Route 235...the home is uninhabitable, but it looks like someone is storing firewood in it

This was a home that had been charred far beyond being inhabitable.

Another home I passed nearby looked like the floor was just collapsing and sinking into the ground, so what was once a tidy ranch seemed broken into two. 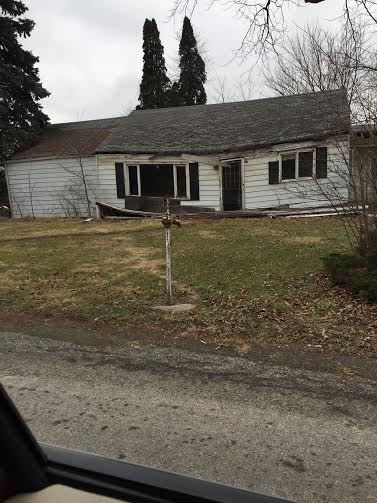 House broken....sinking in the middle

This house took the award for most run-down.  It was a creepy house and I can't imagine that anything could ultimately what was probably once a beautiful, stately two story farmhouse, but now this dwelling seems slated for collapsing under its own weight someday... 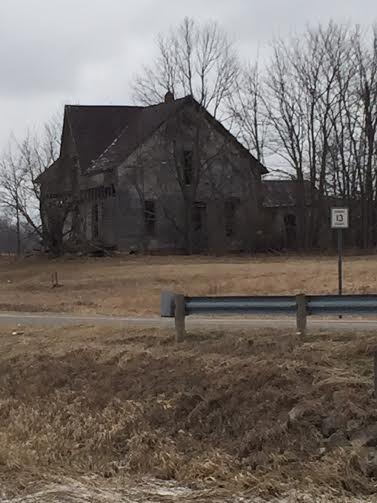