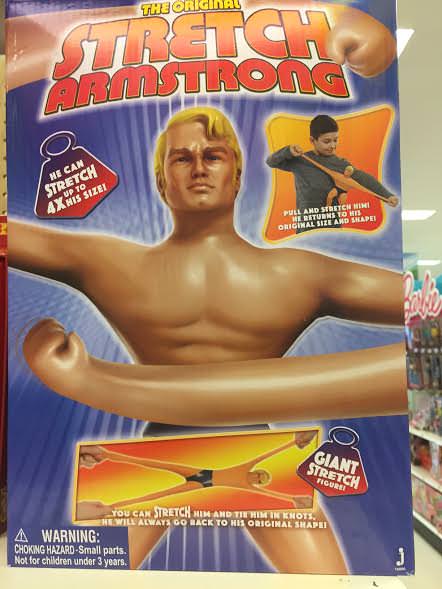 Ah, among the Amish board games are a popular pastime.  I've noticed games like Dutch Blitz, Life on the Farm, or Connect Four being popular.  Games that tie into more worldly ways like Monopoly, maybe not so much.  Candyland is popular among Amish children.  Puzzles are also quite popular among the Amish as we move into the colder, dark months.  Many Amish will have a puzzle and all its pieces spread out a card table in the living room and family members can take their turns at their leisure. 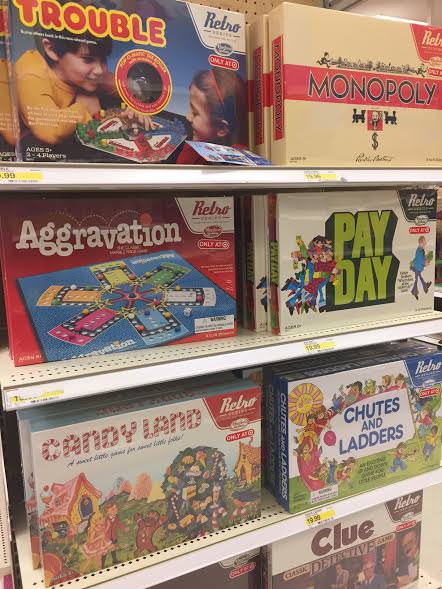 Board games of my youth... 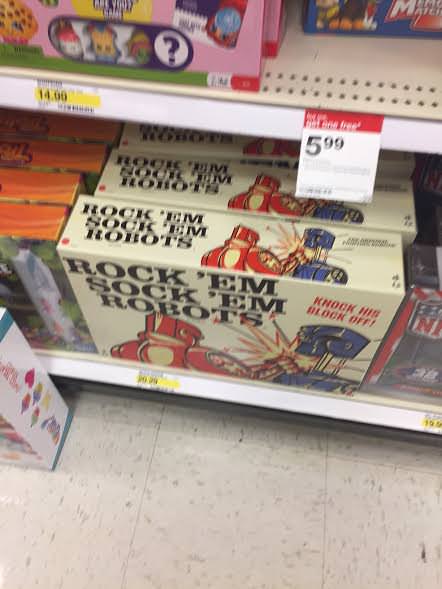 I was browsing the toy aisle at Target the other week and I stumbled across a section of “Retro toys” (a nice way of saying “toys that old people will remember”).   Wow, seeing these brought back memories. Stretch Armstrong! I had forgotten about him. He was like the original Gumby, I think my brother and I stretched Stretch until he could no longer stretch.  And Rock `Em, Sock `Em Robots, you got to knock the other’s block off, how cool was that?  Of course there were more cerebral games. In fact, looking back, my brother and I wiled away many hours together playing board games, such trivial pursuits probably helped forge our bond which endures to this day.  I am hoping my daughters, Aster and Beatrice, develop such a bond over boards as the years go by. We'll see.  Aster, age 3, has proven herself able to play Candyland and I'm sure we'll do more such games over the winter.

In thinking about board games, I come back to 10 that I remember playing with my brother and our friends the most. How many of these games do you remember?

CLUE:    Mrs. Plum with the candlestick.  That always sounded so graphic, offing someone with a candlestick.

RISK:  Amass huge armies and take over the world without firing a shot.

SORRY:  We played this game a LOT but, oddly, I don't remember much about it...it had cards, and colors and...yea, I'm drawing a blank.

PARCHEESI:  We spent hours playing this game, hours and hours, and hours and it may have been our top favorite game yet, again, I remember precious little about how to play it. But I have a feeling that if I were to sit down to play it now it'd probably all come rushing back. I mean, how hard can it be?  I remember dice and a board and that's about it.

LIFE: I DO remember this one in great detail.  Not sure why.  I think because this game was so, so, so stinkin' long.  Longer than Monopoly and you got married, had a kid, drove a car, paid all your bills....man if only real life were as easy....

MONOPOLY:  same as above

BATTLESHIP:  Wow, this was a fun game that my brother and I spent hours playing.

STRATEGO:  Another battlefield/war type game.  Sheesh, I didn't realize we did so much of that type of game.

CHESS:  As we got older we graduated to this timeless classic: chess. Or as Aster calls it "Chest" and she already wants to learn...