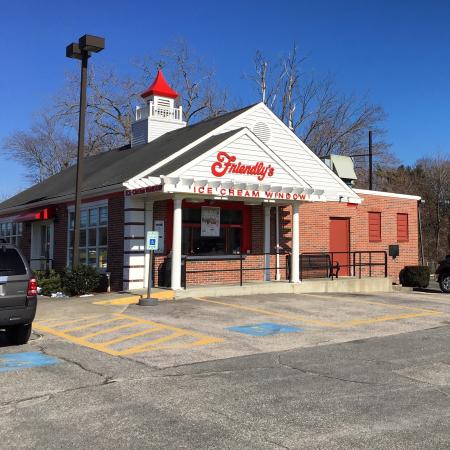 This photo of Friendly's is courtesy of TripAdvisor (and, ah, the walk-up window, glad to see it still exists)

For most of my childhood there was a restaurant on my city's "strip" (the one with all the chain restaurants competing for your attention) that garnered special affection from me:  Friendly's Ice Cream.  If you live anywhere west of Ohio, you've probably never heard of this place.  But Friendly's is actually still a big chain in the eastern USA and I am comforted to see that it is still around.   They were, at least when I was a kid, known for their ice cream.  There was an innovative, at the time, "walk up" window.  You could park, walk up to the window and order your ice cream, and then go back to your car. On warm summer days the blast of ice cream-cold air funneling out of that window was worth the wait.

As the years passed I guess the novelty of the walk-up window wore off, the dining room became less full, and the local economy tanked.  Friendly's wasn't very friendly anymore and closed its doors for good in my town.  But up until about 3 years ago there was a Friendly's in the suburbs of Dayton, Ohio.   In 2014 all Ohio Friendly's abruptly closed their doors.  But if you live on the East Coast, Friendly's still serves up their 22 flavors of ice cream and a full restaurant menu.  One of these days, I'll revisit this favorite ice cream oasis from my childhood.

And while on the topic of restaurants... 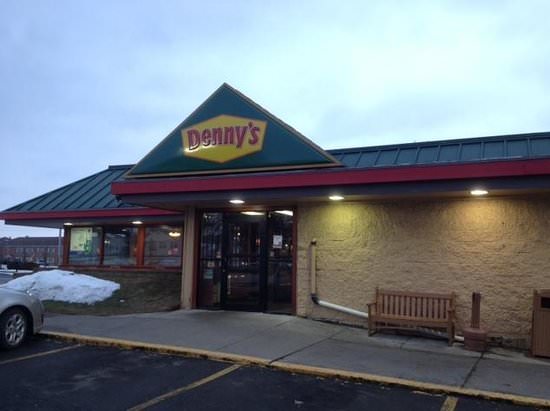 Denny's, home of the Grand Slam

DENNY'S:  The chain has 1600 locations in the USA and Canada but not ONE here in southwest Ohio.  Not a one.   There used to be one by the University of Dayton campus but it closed within the past couple of years (I didn't think Denny's ever closed restaurants).  There was another one in southwest Ohio that an old buddy and I used to go to for late-night stacks of pancakes but, that too, has closed.   I guess I'll always have a link to Denny's in that it was where I ate the morning I got married.  There was, and I think still is, a Denny's outside of Zanesville, Ohio which was near where Rachel and I got married, so my last meal as a free man (sense of humor everyone, just joking) was there. So, what gives?  Why isn't there a Denny's in Southwest Ohio?   Do they still exist or is is this 1600 Denny's simply a Wikipedia myth?