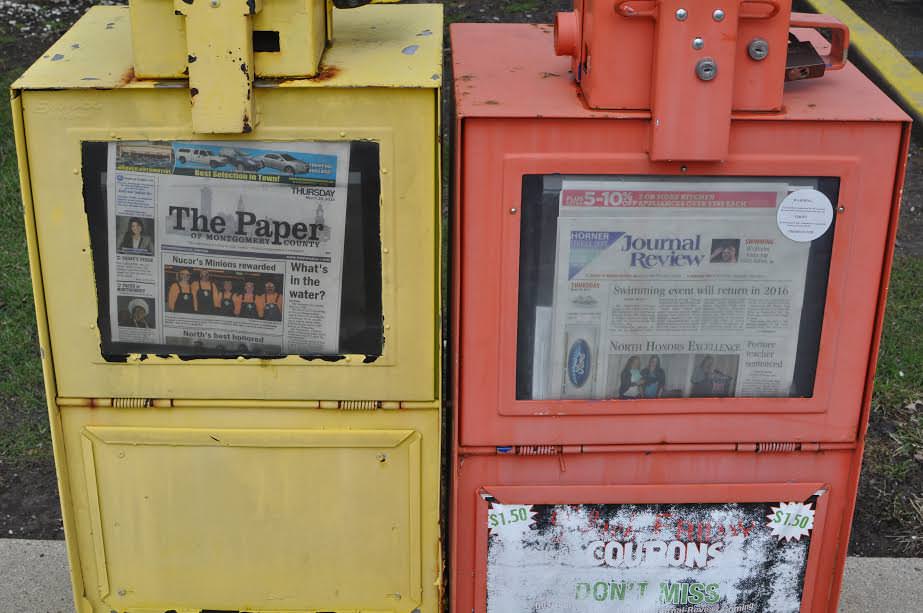 This is a topic that I was interested in years and years ago.  I wrote a piece for Delta Airlines Sky Magazine back in the mid-90s about two-newspaper towns.  That was still a time when newspapers were quite viable, but the economics were, indeed, shifting.  They were shifting in a way that was bludgeoning the concept of a town having two daily print newspapers, but the one-newspaper town was still thriving.

These are towns that I can specifically remember having two newspapers when I started in this business back in 1990:

MUNCIE:  This one blows me away, but tiny Muncie, Indiana once had two newspapers: the Evening Press and the Muncie Star.  The Star was far bigger.  Other cities and towns that held on with two papers well into the 1990s include: Tulsa, Albuquerque, El Paso, Indianapolis, Pittsburgh, Detroit, Fort Wayne, Cincinnati, Miami, Denver, Seattle, San Francisco, and probably others had two papers.   Now, out of all of the ones on the list above only Fort Wayne's two newspapers endure.  And in many of these cities even one newspaper is barely hanging on. But, crazily, there is another Indiana town that still has two print newspapers.  You'd think it might be South Bend or Indianapolis or even Evansville.  Nope.  Add Evansville to the list of towns above that had two papers, the Press and the Courier. Today only the Courier survives.  No, today, Crawfordsville, Indiana, population, 15, 000, has two daily newspapers.

I wrote about Crawfordsville and their two newspapers a couple of years ago.  Click here to read my whole article.

Honolulu and Anchorage also held on to two newspapers well into the 2000s, but they ultimately couldn't make it.  How tiny Crawfordsville manages to do so is a mystery to me.

Are any of our Amish365 readers in a two-newspaper town?