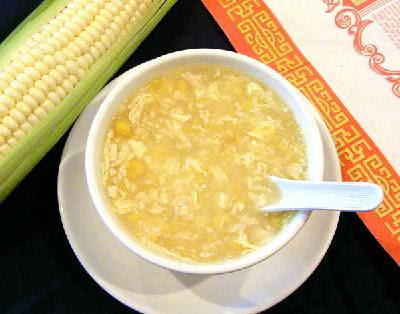 CORN SOUP WITH RIVELS:  I usually only feature recent posts in blogroll, but I am making an exception for this one because it is so seasonal and tasty sounding. I've talked about rivels plenty of time on Amish365 and I've talked about corn soup but combine the two and it sounds heavenly. Brilliant, actually. Whoever thought of combining these two Amish favorites is pure genius. Take a look at the recipe here!

AMISH SCHOOL BATTLES:  This isn't really a blog post and it is a looong read, but if you are interested in how the Amish "one room" school of today really got its start, this article is a great, indepth treatment of some of the early church-state battles.  Many of you may not be aware that "Amish schools" are a relatively recent phenomena.  Throughout most of their history in the USA, the Amish have gone to public schools.  The one-room schools that we are familiar with today didn't really take root until after a landmark Supreme Court case, Yoder vs. Wisconsin, in 1972. Anyway, read this interesting piece here.

FREDA'S RESTAURANT:  Ooooh, I wish I had known about this place on my previous visits to Pinecraft.  I've written plenty of times about the Amish restaurants that are in and around the little enclave in Sarasota. But there is another one out in the country towards Myakka Lake (darn it, I've been to Myakka several times I was right near the restaurant)....Freda's doesn't  advertise herself as an Amish restaurant but as you can tell from Katie Troyer's post, the food is steeped in Freda Yoder's Amish traditions. Click here to read more.  Man, that coconut pudding looks good, this place is definitely on my list to check out!

ICE HOUSE HISTORY:  It's been so blasted hot outside lately, just thought you might enjoy a post about ice houses...click here.

GROCERY STORE MEMORIES:  It is really rather incredible how grocery stores have grown over the years. In fact, this has given me a good idea for a post.  Our local, giant Kroger Marketplace wasn't so giant, some of their previous stores still sit around town.  So stay tuned soon for some photos.  This post is from Meemaw who lives in the Kalona, Iowa area (home to the state's largest Amish settlement) but she travels all over the place sharing her stories and recipes.  But this week MeeMaw shares some memories and photos of her Aunt and Uncle's grocery store in Kalona circ 1947.  Wow, I'd love to sit down and talk to them if they were still around.   If my time and life allowed I'd just sit down and talk to anyone over 80 all day long everyday and listen to them talk about all sorts of topics because the world is changing so fast, it's nice to remember how it once was.  SIGH, click here to see Meemaw's post and whether it makes you nostalgic for a time when there weren't 120 different cereals to pick from, a whole aisle of chips and enough soda to fill an ocean....

PENNSYLVANIA DUTCH CLASSIC: Chicken and waffles - these two foods - unlike corn and rivels - are an unlikely marriage, but it seems to work. Click here for a recipe for this Pennsylvania Amish favorite.

HEARTLAND BARBECUE BEEF: I don't think this is an Amish recipe, but I always love to see what is up in Patricia's kitchen. Check out this helping of deliciousness here.