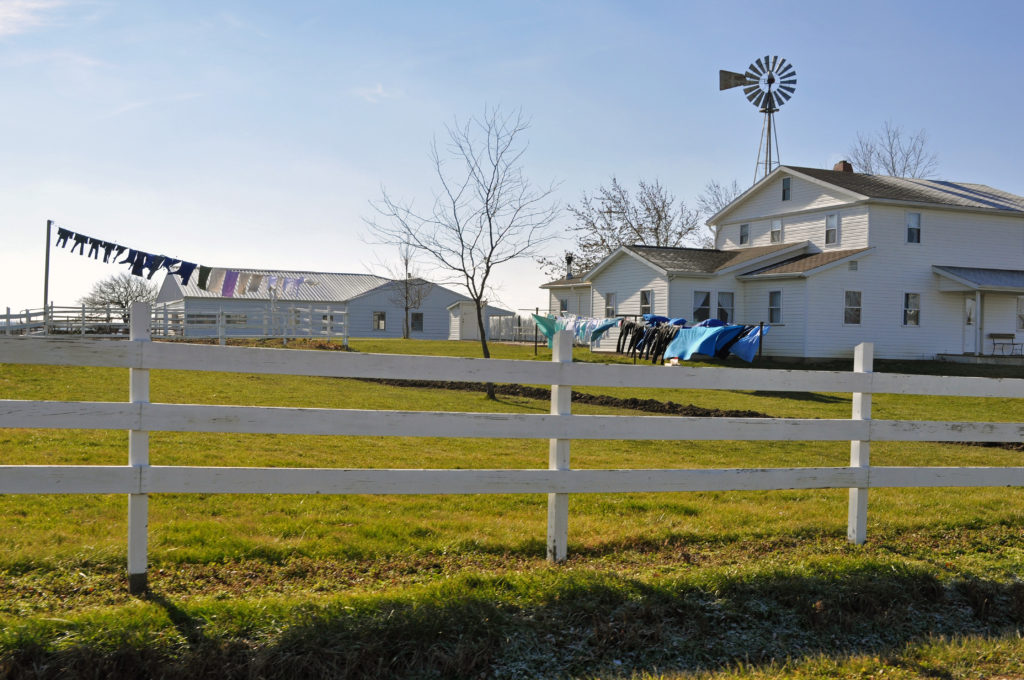 I posted a recipe for an awesome-looking (and tasting) vegetable pizza that I saw at an Amish potluck.   And a reader recently emailed me saying: "It would be nice to see some actual pictures of these food dishes with the Amish actually using them! For all we know...they could be coming from anywhere other than stated."

Well, if I say the photo was taken at an Amish potluck then it was taken at an Amish potluck. If I say a photo was from my cousin's birthday party that is where it was taken.  Trying to get Amish people in every food photo I take would be near impossible since the vast majority of Amish don't want to be filmed, especially at close quarters such as in a kitchen with their cake.

But the question raises the larger issue of "what is Amish cooking" in the first place?  I could write a whole book about that and maybe someday I will.  But "Amish cooking" is more a state of mind than a specific food profile.  For instance, cayenne pepper is a staple of Cajun cooking. Or refried beans are a key part of Mexican food.    Amish cooking is a little tougher to quantify, it doesn't have a "signature ingredient" like those cultures.  Certainly there are foods that are synonymous with Amish: shoofly pie, apple pan dawdy, chicken-corn soup, homemade cinnamon rolls, etc.  Amish foods are characterized by being basic:  sugar, flour, butter, salt.....but Amish cooks are also prolific "recipe swappers"....recipes get traded and passed down and swapped.  Certainly a recipe for "deep dish taco squares" isn't one that is traditionally Amish, but it has been adopted by many Amish as one of their own. Ditto for "date pudding."  And keep in mind that freshness equals taste.  I can't emphasize enough the difference in the taste of something as simple as a cheese omelette when the eggs are plucked fresh out of the hen house from free-range birds and the cheese is bought local and fresh.  A "chicken casserole" becomes an "Amish chicken casserole" when the meat used is from free-range birds and is seasoned with herbs from their own garden, etc.  Other times an "Amish recipe" is simply one that is popular with Amish cooks but knowing the history of the recipe is virtually impossible.  I've seen Amish Cook recipes on Taste of Home and Taste of Home recipes in Amish cookbooks, but it's because recipes are traded, swapped, adopted, etc. It's all in fun generally, though, so I don't raise objections usually if I see Amish Cook recipes elsewhere even without attribution.

So, are these Amish or Mennonite recipes?  You be the judge:)  But both of these were sent to me by an Old Order Mennonite woman in Missouri.