Will The Amish Vote For Trump?

The Amish are not a political people for the most part.   There are Amish who are members of school boards and even some zoning commissions, but that is about the extent of their political involvement.  Pennsylvania and Ohio, however, are hotly contested Presidential states and each candidate is looking for an advantage.  In the Amish, President Trump has found a constituency that is – in some ways – a natural fit.  In other ways, not as much.  So will the Amish vote for Trump? I’m truly not sure if the Trump campaign will get much tracition from their overtures to the Amish.  I mean, I think he’ll get some voters but I think the vast majority of Amish will remain apolitical.
The Times of London recently did an illuminating piece about the Amish support of President Trump.  Typically, I'd just link to the story here and that would be that but The Times has a paywall for EVERYTHING, so I bought the article and am excerpting parts of it here. 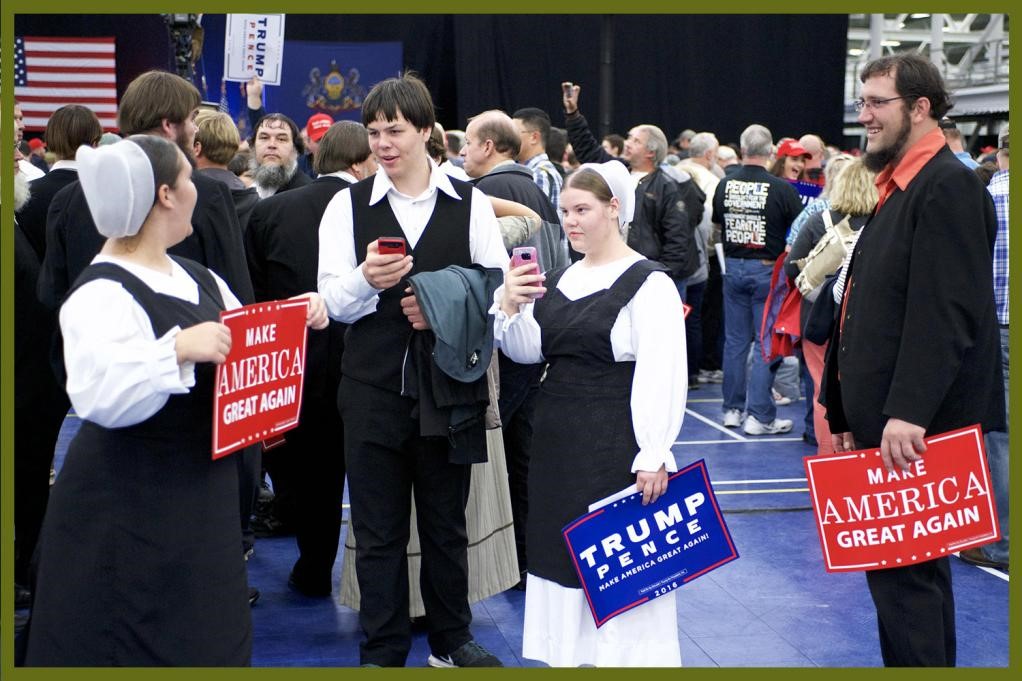 The type of participation at political rallies like you see in the photo above is very unusual, but the above does illustrate how at least some Amish are becoming involved in the 2020 campaign.   Now, on one hand, President Trump appeals to the Amish: pro-life and pro-business. On the other hand, some of the President's more bombastic traits may be a turn off. That's why I think that, ultimately, it's going to be a wash.  He'll gain some votes, lose some votes. I doubt Senator Biden gets many Amish votes at all.
Here is an excerpt from the Times of London article:
The bucolic tranquillity of Lancaster County — where more than 10 per cent of America’s 350,000-strong Amish population pursue their devout, old-fashioned lives — is deceptive, however.
The Amish, who speak a German dialect called Pennsylvania Dutch inherited from ancestors who fled European religious persecution centuries ago — have traditionally shielded themselves from crime and kept aloof from politics. No longer. 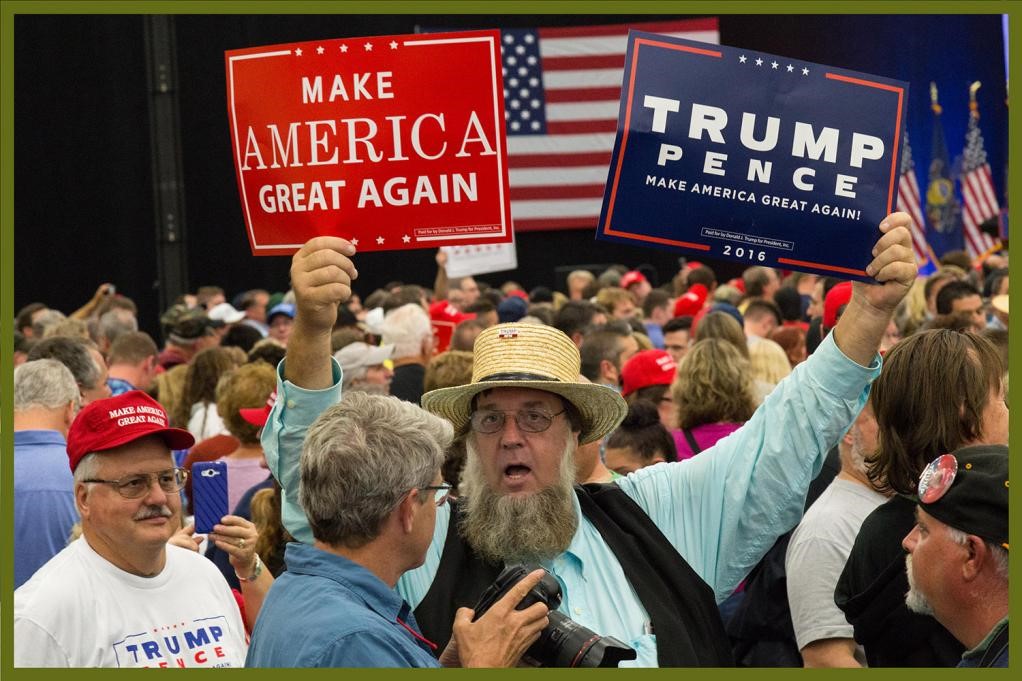 An Amish man goes all in for Trump.

The article never says where the above photos were taken, or when, but the fact that they depict Plain involvement is noteworthy.
The George W. Bush campaign attempted some Amish outreach in 2004 and it was met with some receptive votes from Amish but studies show that, overall, the effort yielded little and George W. Bush was probably a more natural candidate for the Amish to support.  Interestingly, there was some Amish support of Obama, especially near Elkhart, Indiana where the Great Recession squashed the economy of northern Indiana.
Another excerpt from the Times article:
At the Countryside Road Stand, a few tourists are perusing the canned sauerkraut and wooden crafts. Eli Stoltzfus, the owner, is dismayed by the Black Lives Matter protests. “I don’t like them one bit. Protesting is not our way of doing things. We like to go out and work instead of working against things,” he said, setting out Halloween-themed woodwork.
Stoltzfus plans to vote for Trump. “It’s not always good what he says but the way he handles things is pretty good. In my opinion, he’ll get in again. I think it’s the Lord’s will.”
Donald Kraybill, the author of The Riddle of Amish Culture, pointed out that there was a temporary surge in Amish voters for George W. Bush in 2004. “A number of them were very active at that time but then they felt they’d gone too far overboard with that,” he said. “The Amish would be mostly aligned with traditional, conservative thinking which I’d say is very different from the Trump republican brand that he’s creating.”
The article really doesn't go into the type of deep depth that I'd have like to have seen, so it's really tough to draw any conclusions. I think that is the biggest takeaway from the article.  From a reporting standpoint, the journalist was kind of "lazy", stopping at established tourism spots and the like.  In those more public-facing spots you'll be more likely to find "involved" Amish, meaning ones that might be inclined to vote. 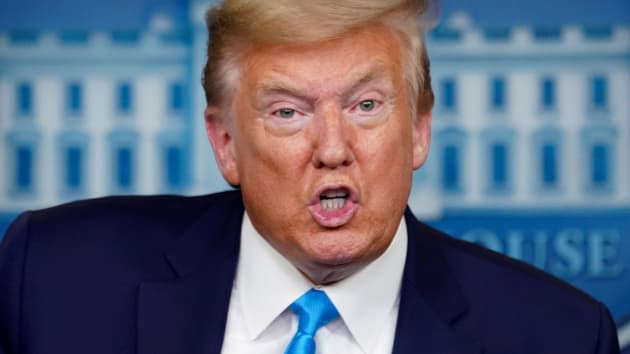 Trump has an appeal to some Amish. 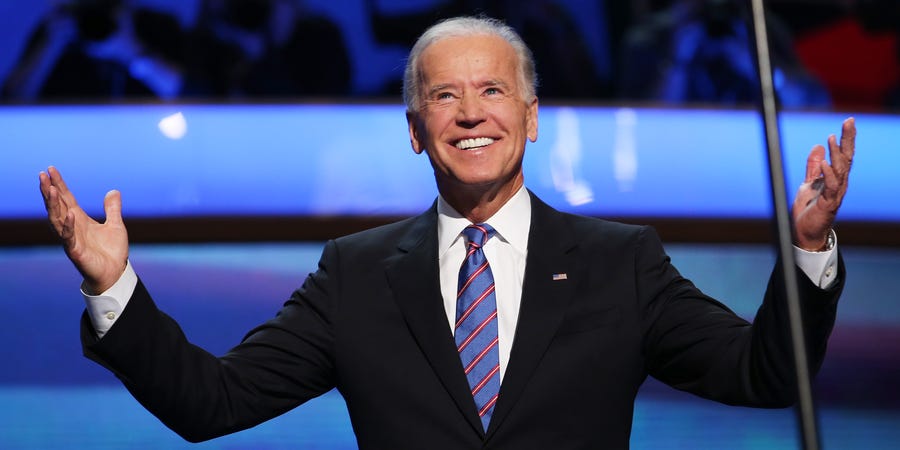 Despite being kind of "lazy" journalism, the article did manage to capture some Amish voices about the topic, so I give the reporter credit for that.  Here is another excerpt:

“We’re at a time when it’s very important to vote and I agree with that, but I’ve never registered,” said an Amish woman, tending to her garden.
In the craft shop at the Amish House and Farm, Rachel Esh, an Old Order Amish woman, is suspicious of the official coronavirus death toll and horrified by the protests dividing America. She supports Trump but says she won’t vote.
“The neighbour gives us the paper sometimes but to me it just makes me sick to even read about [the civil unrest]. We’re not into politics and we don’t vote but for myself I would want Trump back,” she said, sewing a quilt. “It’s all in the Lord’s hands, and we just pray that the right one comes in.”
So, there you have it.  Will the Amish vote for Trump? I think the sentiment of Rachel Esh is probably pretty common: supports Trump but won't likely vote.  We'll see what the outcome is on November 3 and whether there is more Amish outreach between now and then.
Read more about the Amish and voting here.