There are some talented artists among the Amish, I learned that early on in my association with them.  Back in the early 1990s, my brother moved to Los Angeles. Los Angeles have a very different vibe from Ohio and my brother, fresh out of college, would occasionally get homesick.   During that time I met a young Amish artist in Indiana, a tall bearded man that friends and family joked looked like Abraham Lincoln.  In reality, his name was Alan Wickey and he was a talented painter.  I remember when he showed me a corner of his barn that had been converted into a makeshift art studio with canvases and paints.  He liked to do rural scenes and that is when it hit me that with my brother's birthday coming up, a painting of a midwestern scene could be just the remedy for homesickness.

Alan Wickey moved to Michigan several years later. I saw him once at a funeral in the early 2000s, but have since lost touch with him.  But his work lives on.  I was visiting with my brother last weekend and I saw the painting, displayed in his living room and it evoked a wave of pleasant nostalgia. If memory serves me correctly, I paid Alan $100 for the painting...considering it is still in great shape, I'd say it was money well spent.

Here is that beautiful picture: 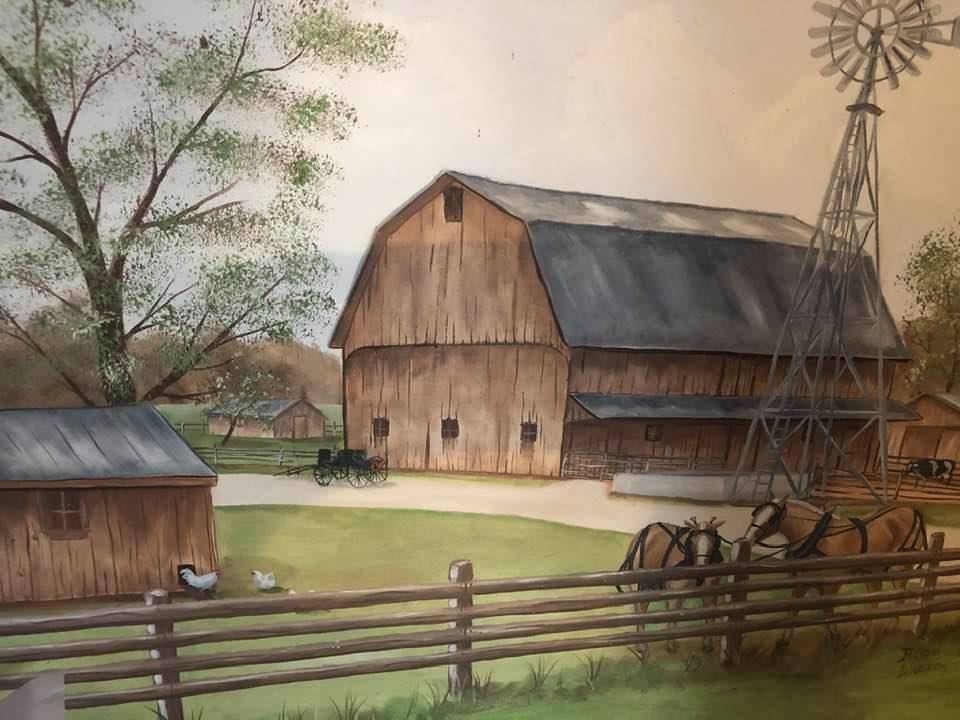 At the time this Amish artist lived near the town of Berne, Indiana and that is reflected in his painting. Notice the buggy does not have a roof? That is the biggest indicator that the painting is set near Berne. I love the spacious barn and the general Amish ambiance....The windmill is also are common sight among the Amish homes in the area.

We did a story several years ago about Amish artist Anna Weaver, who lives in rural western New York.  She's made a name for herself and her paintings, unusual among the Amish. Here are a few of Anna's paintings, depicting beautiful Amish scenes in New York: 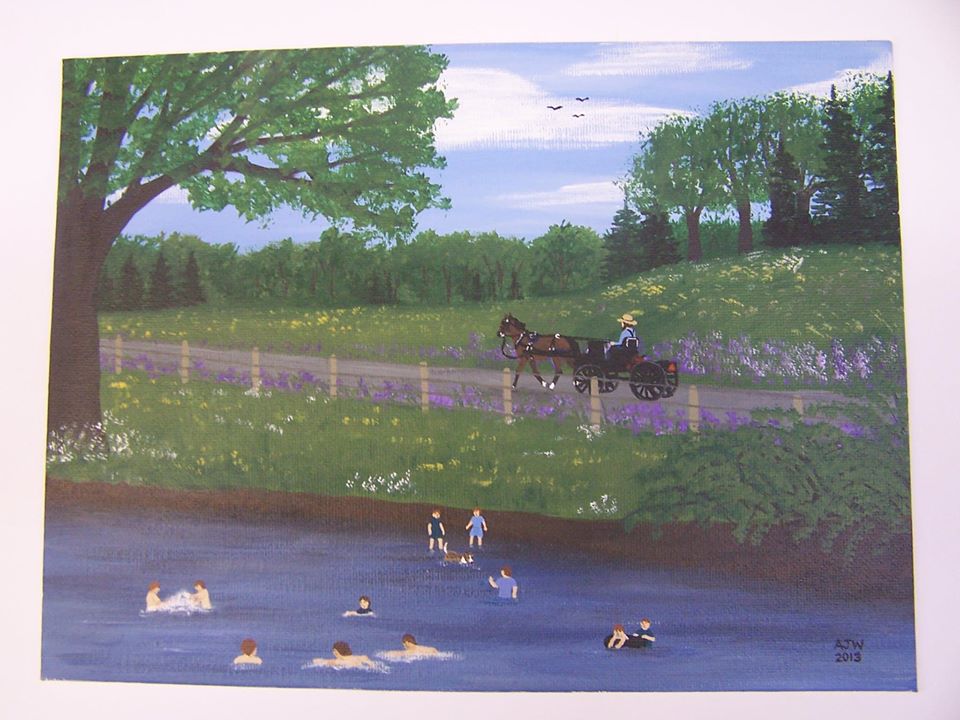 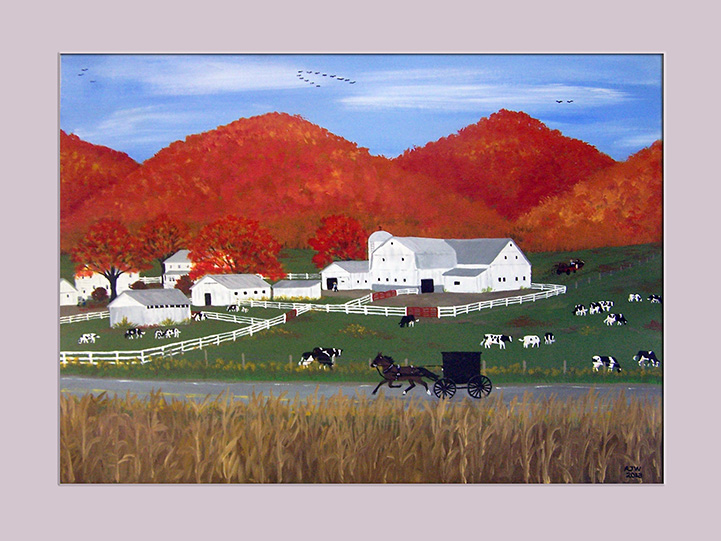 I've met several talented Amish artists over the years, men and women. This sawblade is one painted by Miriam Troyer, who I met at an Amish settlement near Greenville, PA one year. She enjoyed painting old saw blades and displaying them. This is one of her works.