Amish Cinnamon Pie: This is one of these easy "Great Depression" desserts which are common in Amish kitchens, especially the kitchens of old-timers.  Younger Amish cooks seem to be losing their interest in such recipes, so I think it's great that we can post and preserve them on this website for future generations.  This recipe comes to me from an Amish woman in northern Michigan.

Ah, I love cinnamon.  My parents have a jar of "cinnamon bark" sitting on their kitchen counter (where it has sat for over 30 years now).  This is the real deal cinnamon, bark scraped off a cinnamomum, genus of evergreen aromatic trees and shrubs belonging to the laurel family that are native to the Middle East.  My parents bought the cinnamon bark at an outdoor bazaar (souk) in the city of Al-Ain in the United Arab Emirates.  As I've written about before, we lived in the UAE when I was a child.  Quite an exotic experience and this cinnamon is a sweet-smelling souvenir (glad it is at their house, in mine I probably would have used it long ago...cinnamon toast, anyone?:) .   Here is a photo of some of their cinnamon bark that Dad took this morning. 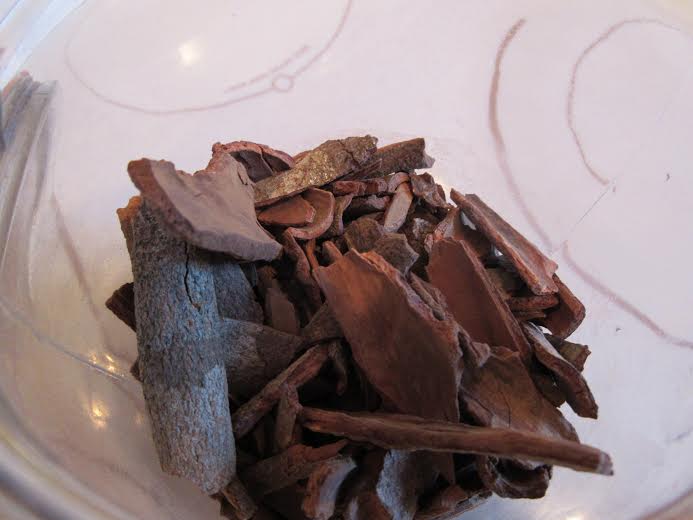 Back to cinnamon pie....This is a thin pie, but full of flavor.  Now many of you know my penchant for "more is better", if I were making this pie, I'd probably double the amount of cinnamon:)  But, I'll post the recipe as it was given to me. Enjoy!