Okay, we have an interesting slate of stories in this week's Amish in the News....

Let's start with the most delicious:

LANCASTER COUNTY'S 9 BEST AMISH/PA DUTCH RESTAURANTS AS VOTED BY READERS OF THE LANCASTER NEWSPAPER:  Man, I could just go there and eat.  Yep, if I didn't have family responsibilities here at home, I think I would just hop in my car, head to Lancaster and just eat. Forget any diet.  Just roll me out of there in a barrel.  The food spreads in Amish Country are so amazing and to have an article that lists 9 of the best restaurants in Lancaster County is amazing. 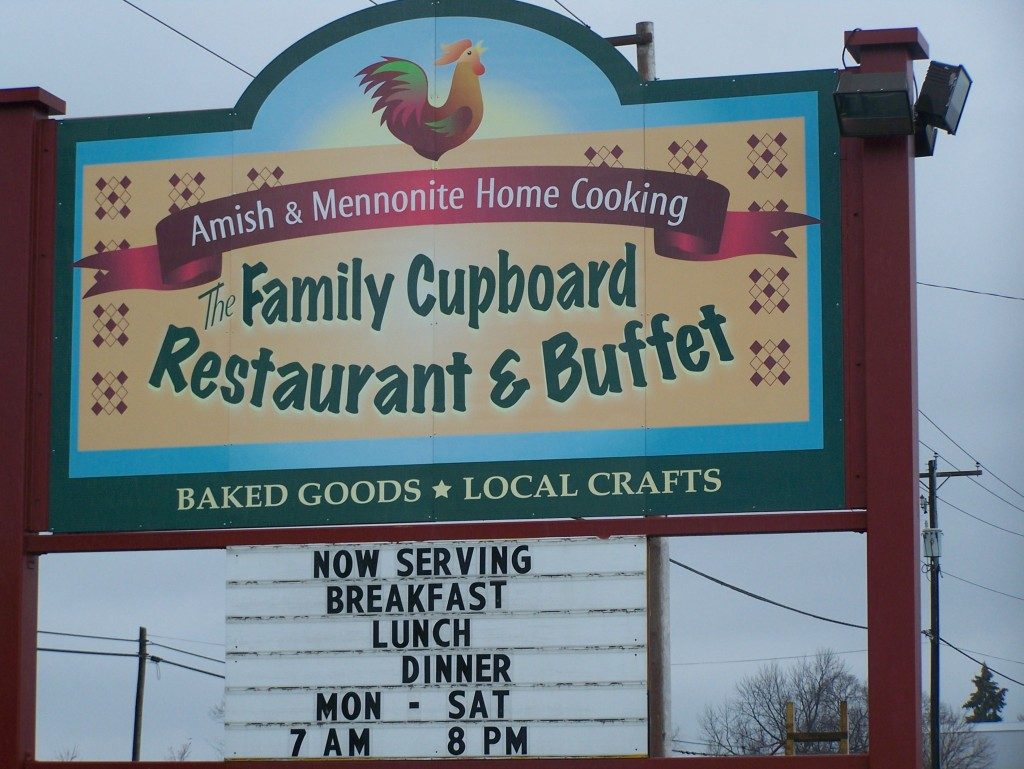 The last restaurant I stopped at in Lancaster County was several years ago at the Family Cupboard. It was awesome, but it is now closed.  But plenty of others await to help you fill your belly!

SIGH, I went to a really, really good one when I was there last, but it was closed.  Some of the others on this list, geez, I don't know how I would pick if I were forced to visit just one.  I probably would pick Dienner's because they are so legendary but, geez, so is Good N Plenty, Katies, and some of these others.  Click here, salivate, and make plans to go!

ICE CUTTING:   Nothing reflects Amish life during winter quite as much as cutting one's own ice out of a frozen pond.   Click here to see some pretty fun pictures of Amish ice-cutting in the NE Iowa community of Waterloo.  This is a pretty conservative community, so it's a real testament to the photographer's trust that they invited him to take photos.

STUTZMAN'S GARDEN CENTERS:   Wow....I didn't realize this garden center with such humble beginnings is now all over Kansas.  Pretty neat. I know the Amish community where this garden center originated pretty well, the Partridge Amish-Mennonite community near Hutchinson.  This Amish settlement occupies a spot in the "Amish ecosystem" that is between the conservative horse and buggy Amish and slightly more liberal conservative Mennonites.  Click here to read about the death this week of the company's founder, Ervin Stutzman.

IDIOCY:  Why is this such a dumb story?  Okay, fine, Auburn, Kentucky wants to ticket Amish buggy drivers for not cleaning up after their horses.  I think it's stupid, but that's the law on their books, so whatever.  But Auburn scraps the law recently, but there are still a few cases in the pipeline from before the law was scrapped that will go to trial next week.    So the local government is going to waste time and taxpayer money prosecuting over a horse poop law that is no longer a law.  DUMB. Click here to read more.