Well, I didn't name these doughnuts "Amish crack."  And, in fact, the nickname is given to other Amish foods, including a bakery in Ohio that makes this amazing homemade cashew crunch.  So maybe we'll not call it Amish crack but just very addictive doughnuts.

So, who has been to Rise N Roll Amish bakery?   I have.  A couple of times and it's always been an amazing experience.  Although the first time I tried a Rise N Roll doughnut it was not at Rise N Roll. 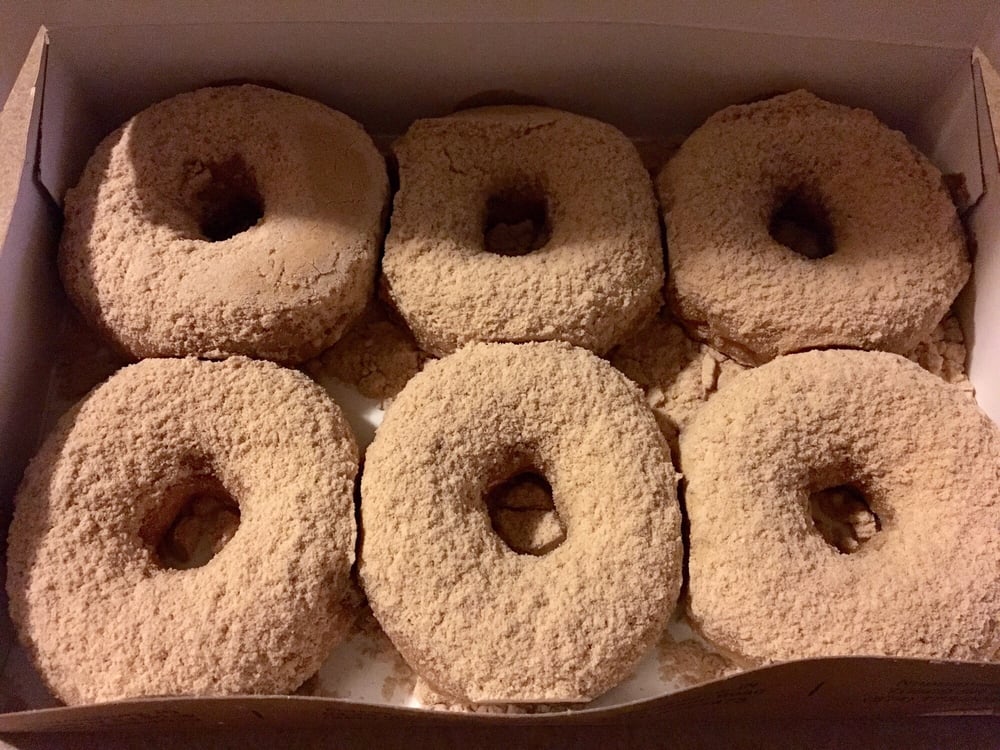 I was visiting an Amish home in Milroy, Indiana and the Amish woman I was meeting took a box of the doughnuts out of her freezer.  She had been in Shipshewana previous to my visit and picked up the doughnuts and frozen them so she could have a quick, easy dessert for company.  And I fit that bill.  Man, one taste of those….pure amazingness.  They were cinnamon-caramel doughnuts, filled with cinnamon and dusted with caramel.  Oh, man.

The bakery is expanding and the original Amish couple who perfected the recipe and sold the doughnuts off their front porch, don't own the bakery anymore.   More and more doughnuts are being pumped out and a couple of locations are even franchised, so I think there's a real danger that the quality could degrade as they ramp up production.

So, to read more about these amazing doughnuts, check out this article from OZY today.