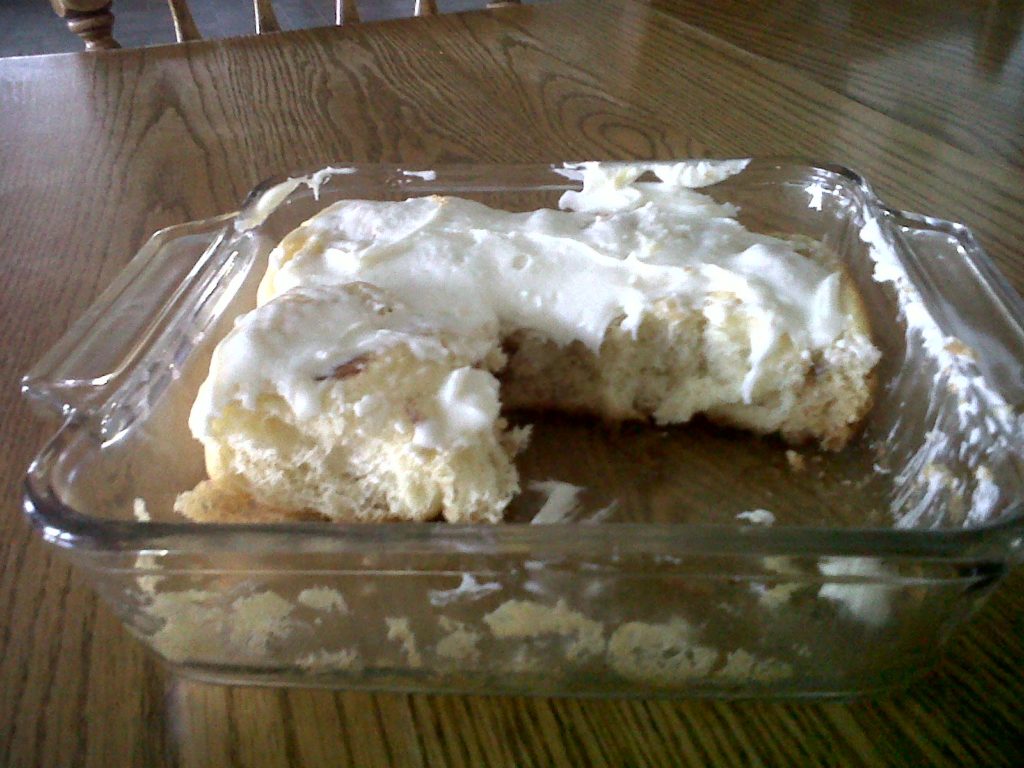 You name it, I've basically tasted an Amish cinnamon with the frosting....I've sample Amish cinnamon rolls with maple, cinnamon, caramel, brown sugar, and white icing frosting.  They're all good.  Caramel might be my favorite, but I did once sample a cinnamon roll with a sour cream frosting on it.  It was a thick, white icing infused with the freshness and taste that only a hint of sour cream can offer.

Use this classic Amish cinnamon roll recipe and then substitute the frosting for the one below: