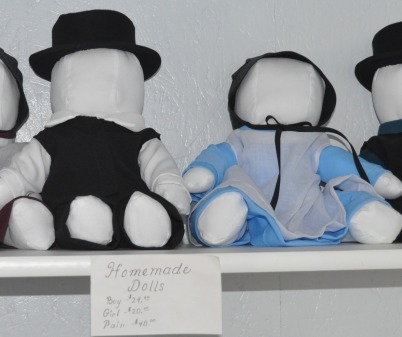 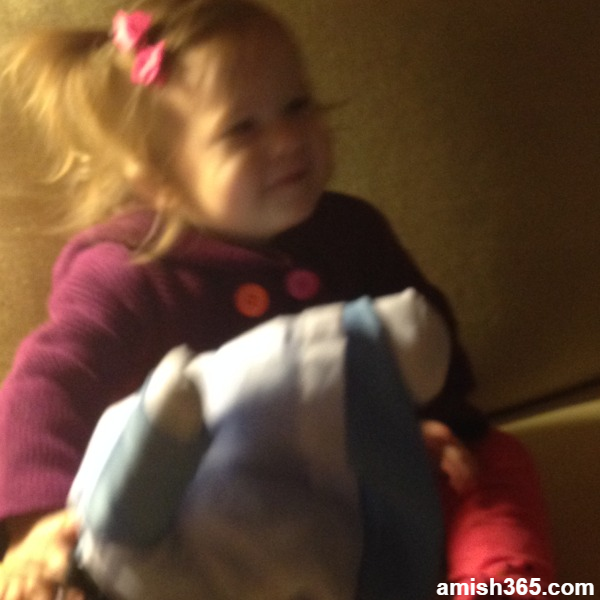 I was exploring the Amish areas outside of Berne, Indiana before Christmas when I discovered a combination Amish bakery/gift shop tucked away on a rural road.  While visiting I spied some beautiful hand-made Amish dolls which the owner made herself.  She was selling several of them and with Christmas just a whisker away I thought Aster would adore one.  Or at least I would adore the thought of Aster adoring one.  The price-tag was $20 and I didn't have $20 on me.  I told the woman that I'd run into town to the ATM to get $20, but she was insistent that I just go on home and send the money to her at my convenience.

"At my convenience? Like six months from now?" I joked

So I did. I didn't wait six months, I sent it to her the next day, relieved when I put the money into an envelope and sent it on its way.  But this time of honor system is common among the Amish: at produce stands, at stores.  It's unnerving because it's so rare in today's world, but hopefully most people reciprocate the honor system with their own and pay it forward.

Now, back to Aster and the doll, she enjoys it, but I think she likes choo-choos and blocks and toys with a bit more action right now.  Still, it'll be a nice keepsake and when she gets older I know of some other Amish-made toys that are on my list!  Here is a photo Aster and the doll...SIGH, blurry...I was trying to get it fast before Aster scampered away...getting any 15-month old to sit still for a photo is a challenge.

Aster had a nice Christmas, hard to believe A) she is now over 15 months old and B) we are already to January 9.  Time is a speeding freight train.  Here are a few other photos from Christmas, Aster with my soon-to-be-90-year-old grandmother and Aster at a family Christmas party. 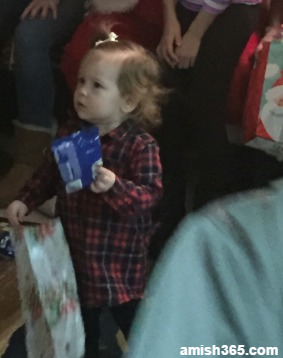 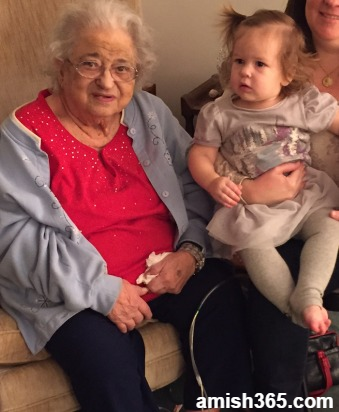