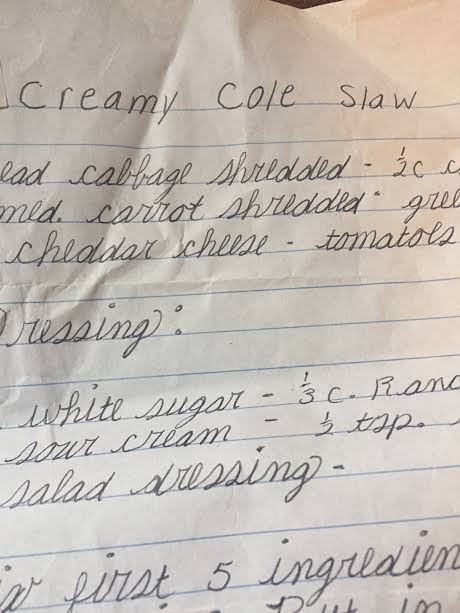 I have a bad habit of not sharing or a posting a recipe if I don't particularly like it.  Well, that's not a good way to run a recipe site!  I'm not a slaw fan but that doesn't mean I shouldn't post recipes for it.  Besides there are some slaws I like.  My mother-in-law makes a slaw that has raisins (geez I don't like raisins, I don't like slaw, but I like slaw with raisins, but sense does that make?)

So this slaw recipe comes to us from an Amish man in the community of Vanceburg, Kentucky.  Would love to some day visit there and meeting this Amish gentleman who seems to know his way around the kitchen quite well!   By the way, in this recipe, where it says "salad dressing" we'll assume he means "Miracle Whip" unless someone else has any other ideas. Anyway, with spring and summer slaw season approaching, thought this would be a good time to share this recipe which, actually, doesn't sound bad. For a slaw.