Faceless dolls are almost as much a part of pop cultural portrayal of the Amish as shoofly pie and buggies.  The reality is, though, that the vast majority of Amish children play with dolls that have faces.  Even in pretty conservative settlements.  The Amish have a Biblical basis for prohibiting photographs of themselves (but even that doctrine has broad interpretation among the Amish), but there is no theological grounding for not having a face on a doll.  So the faceless dolls sold in Amish country are primarily a tourist confection.  A tourist who buys a faceless doll is taking home a representation of Amish culture that is meaningful to them.  An Amish woman who makes both faceless dolls and dolls with faces said that her Amish customers almost always buy the dolls with faces and non-Amish buy the faceless dolls.  I can't speak about the Swartzentruber or the Nebraska Amish.  I've not been around their children enough to know what kind of dolls they play with, but, as I said, even in some pretty conservative communities the Amish play with facial-featured dolls.

Now a new faceless doll is sparking comparisons with the Amish dolls:  an Islamic faceless doll.  Some leading Islamic scholars are calling the doll "silly" and out of step with mainstream Islam.

Long-time visitors to this website may know that I spent a good portion of my early childhood living in the United Arab Emirates and Saudi Arabia.  My Dad worked for a steel company here in Ohio and they transferred our family over there so my Dad could work in their international division.   My memories of the Islamic faith are fond ones, it was a time before fundamentalism's rise.  Definitely a much more moderate time in a pretty moderate place.

A commenter on another website questioned how it could have taken 4 years to design the Islamic doll. 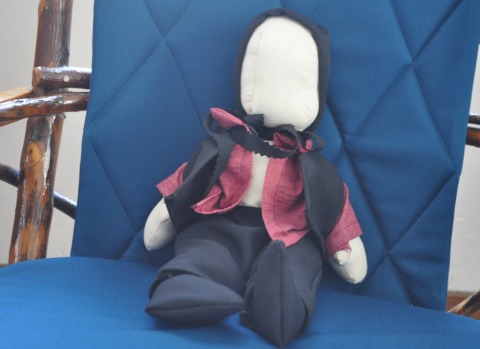 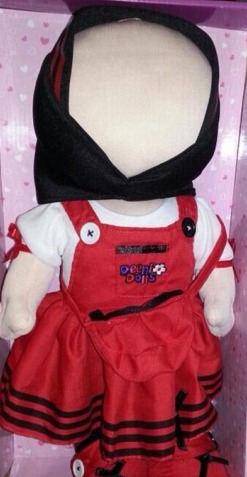