Bicycles are not used in every Amish community but they are the favorite mode of transport in some.  Northern Indiana, for instance,  bikes are used frequently by the Amish.  In Holmes County, Ohio, bikes are almost universally embraced by the Amish and along with them a whole bunch of safety features.  Most cyclists wear bright yellow safety vests and as night falls many wear caps with flashing LED lights.  It is hard to miss them. I think what is most striking is just HOW HILLY the roads are in Holmes County and Amish cyclists seem to sail over them almost effortlessly.  I think it's a combination of good bikes, good genes, and knowing how to ride hard down a hill and then use gravity and just the right moment to propel you up.  Or....just maybe, the Amish I saw were riding ebikes.  Ebikes are becoming increasingly popular, including among the Amish.

As steep as those hills are and as effortlessly as some of the Amish were handling the hills, I'd have to think some were ebikes.  And it can be tough to tell the difference.  This can cause some safety issues.  The Times-Reporter of Ohio says:

“They have to signal, indicate when breaking,” she said. “The biggest issue we have, and complaints we’re hearing, are discerning the difference between E-bikes and regular bicycles. It’s hard to gauge when passing, and sometimes at crossroads, drivers assume because it’s going slower, it is a regular bike and they are pulling out in front of them.” 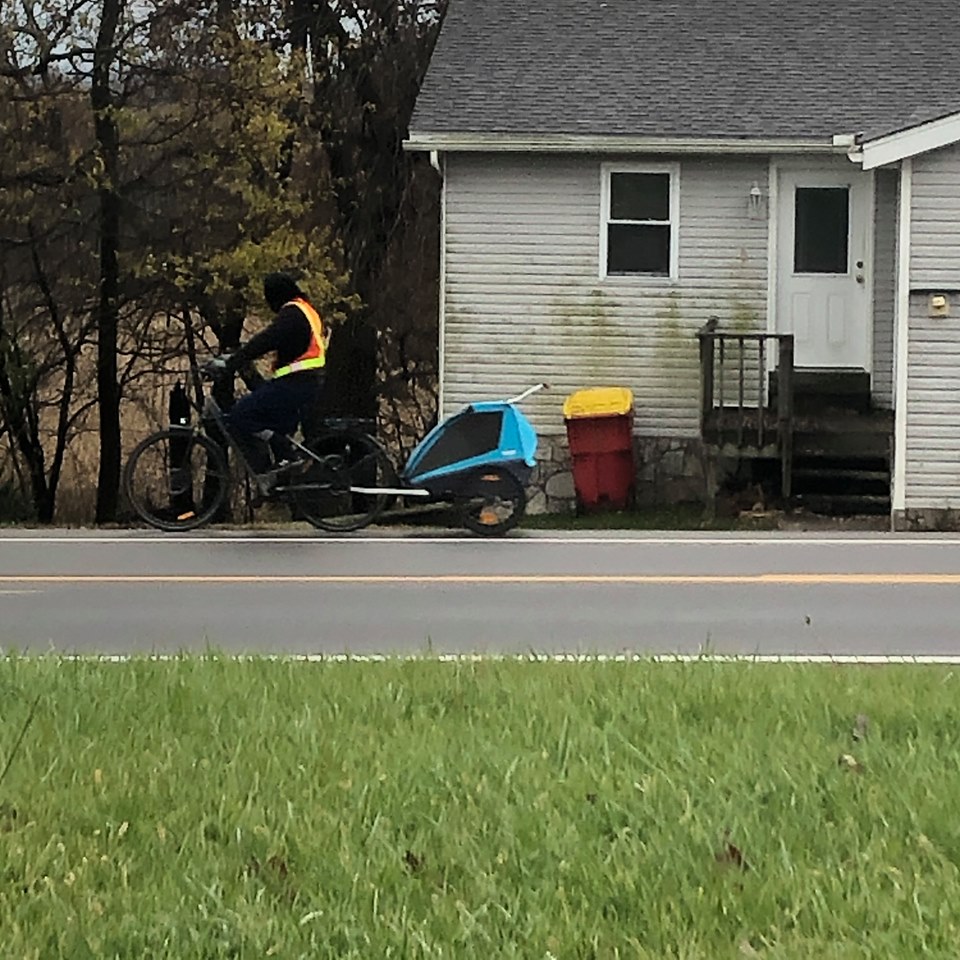 Sometimes you have to just get someplace, even if that means a child in tow...pedaling the shoulder along BUSY Route 68 north of Berlin, Ohio 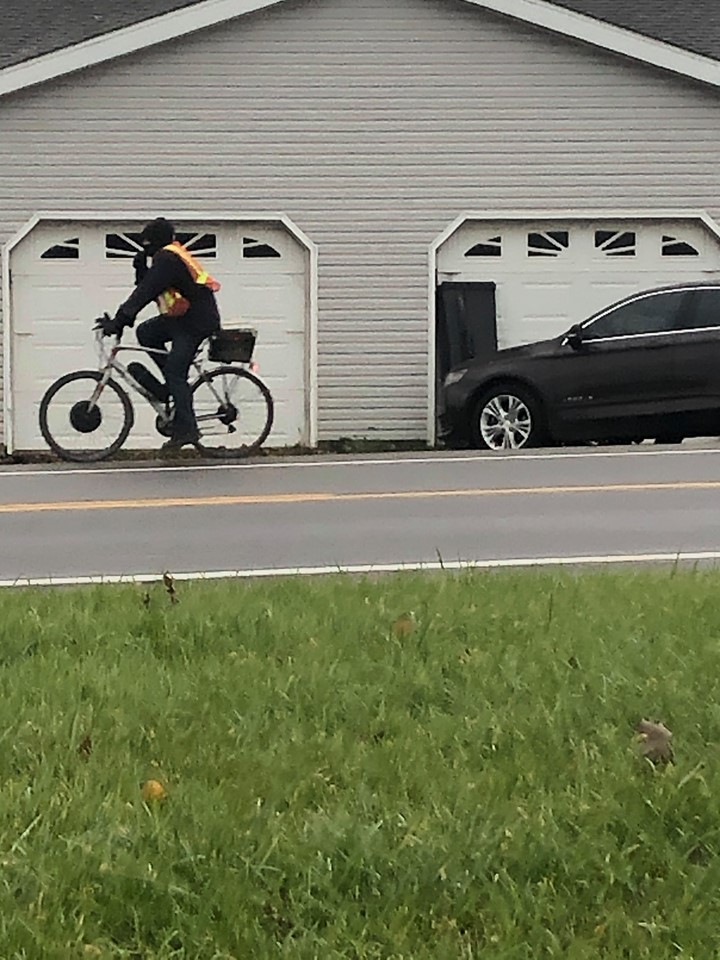