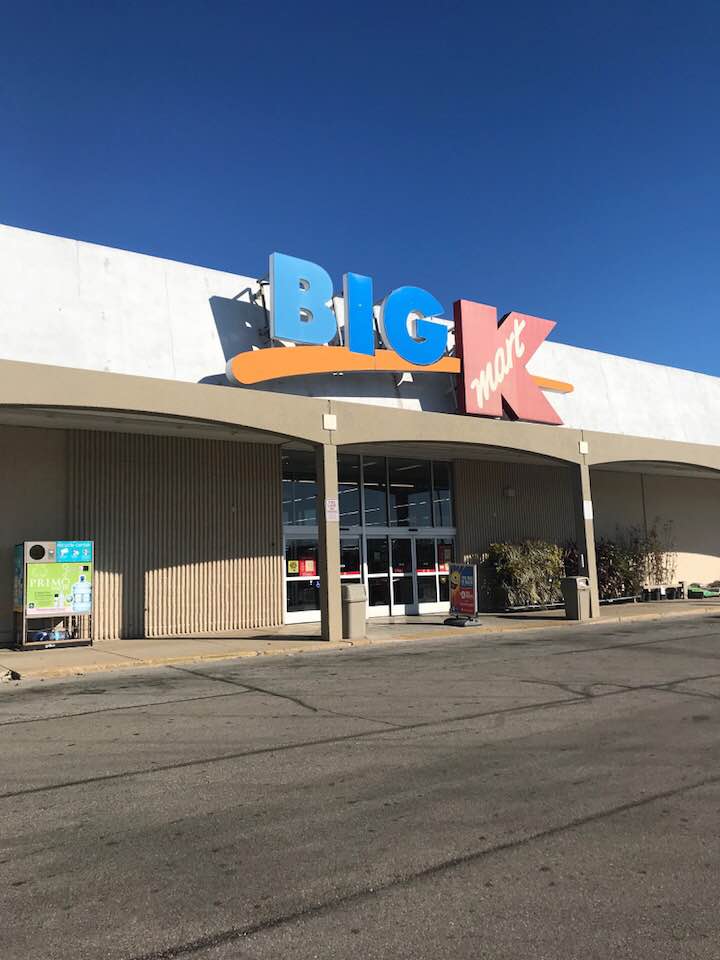 This is the front of the Kenosha Kmart...looks incredibly like the former Kmart in my hometown...Kmart got the consistency part down pat....

I've long been sentimental about Kmart.

The store was a staple of my childhood.  The blinking bluelight specials, the cheap prices, the wholesome sense of Americana....and my grandma loved the Kmart cafe's breakfast of cheap eggs and pancakes.  You could offer my grandmother an expensive breakfast from Bob Evans or Panera, or $1 eggs from the Kmart cafe and she'd pick the Kmart cafe every time.

As an adult, I did business with Kmart for awhile, developing a product that was sold in their Super K stores, which were a grocery-general merchandise hybrid store.  And for a long time, there was a Kmart in my hometown...up until several years ago...now there are no Super Ks left,

When I traveled recently to Milwaukee, I tried to find a Kmart. But there’s only one left in metro Milwaukee, and it wasn’t near where I was. I saw a “dead Kmart” in West Allis, a suburb of Milwaukee. It didn’t look like it had been shuttered very long (I just looked online, it has been shut since September)
But I did find a Kmart still alive and open in the bustling lakefront town of Kenosha. Well, the city might be bustling, but the Kmart wasn’t. It’s about 10 minutes off of Interstate 94, and part of me thought I was crazy, that if I was going to see Kenosha, why not stop at the lake? Or visit downtown? But, no, my quarry was Kmart.
With the whole chain teetering on the brink of survival, I realized this might be my last chance to visit one.
So I left the comforts of the highway and headed to Kmart at 4100 52nd St in Kenosha. And what I found wasn’t pretty.
In fact, I’m shocked this store hasn’t been shuttered. Granted, it was a weekday morning when I was there. But you could have fired a cannonball across the store and not hit anyone. There were a few customers wandering the aisle. A worker swept an aisle. But there just seemed to be a thick resignation hanging in the air, like workers know they are clinging to a sinking ship (which makes their sense of duty even more honorable, in my view).
The floors, once bright white, were scuffed and unattractive. What was probably once a café was now deserted. Displayers were unkempt and in a bit of disarray. There was a distinctive Kmart smell when I walked in, and I was overcome with nostalgia, the smell is a whiff of textiles and food swirled into an olfactory miasma.
I walked the perimeter of the store, I loitered at the layaway, and just generally soaked in the nostalgic vibe.
I wanted a souvenir, something cheap….I saw a pair of men’s khaki shorts on sale for $3.99, their Route 66 brand. I grabbed a pair, I suspect the shorts will last a lot longer than the Kenosha Kmart (or any of the others) last. A sad ending for a once noble chain.

YOUTUBE VIDEO - Take a tour with me inside this still open - but largely empty of customers - Kmart in Kenosha, Wisconsin. 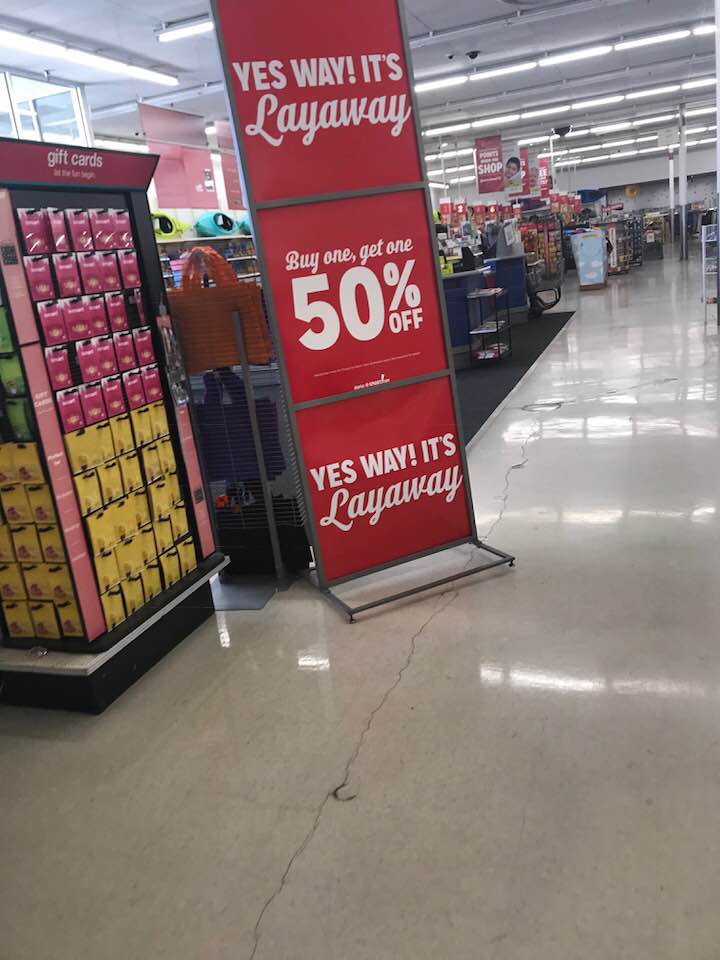 sales abound, anything to coax customers through the door. It's not working, though... 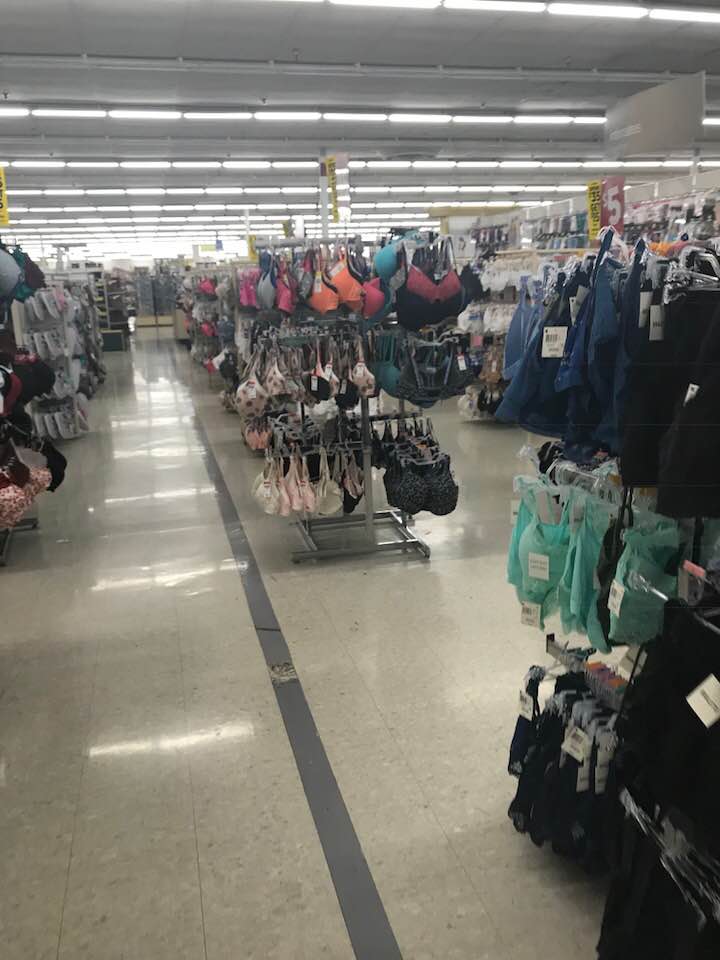 soft goods and no one in sight... 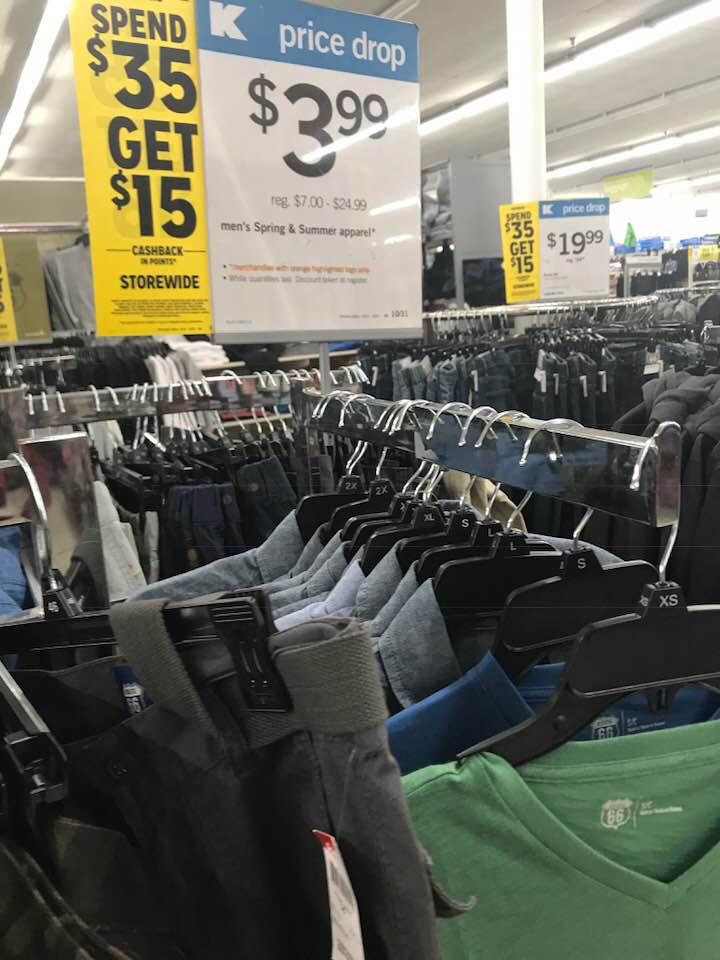 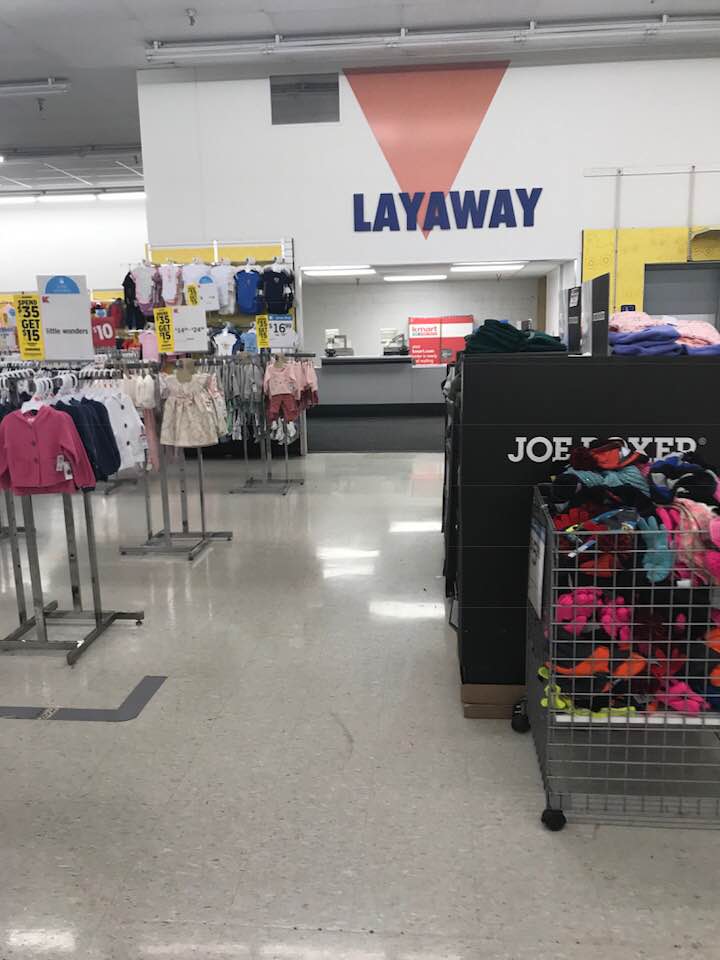 Layaway has always been one of Kmart's allures.. 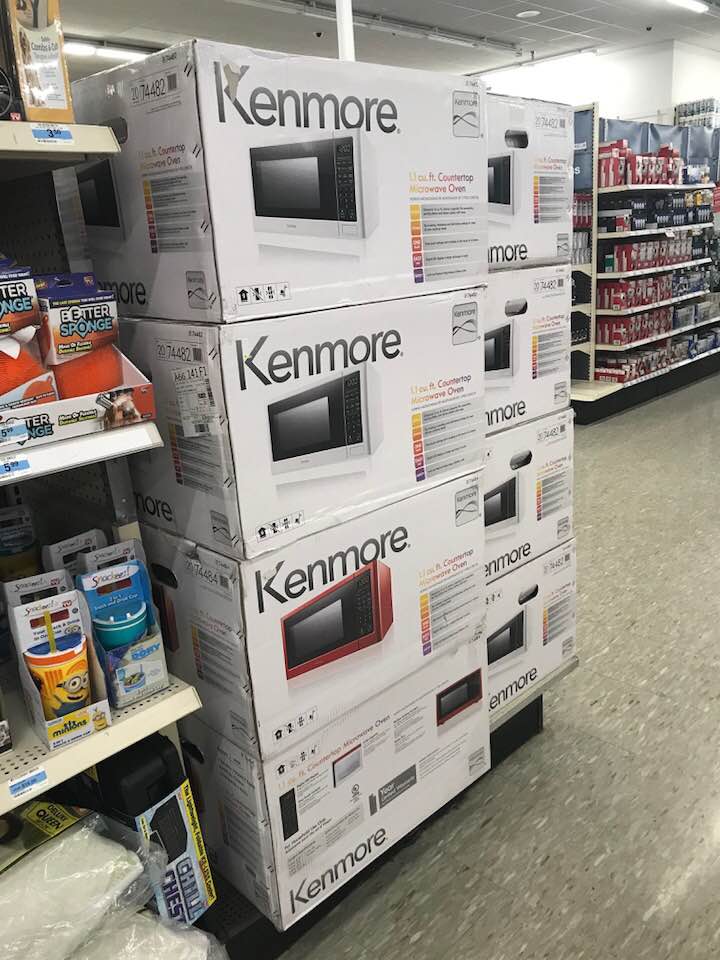 Kmarts are now filled with Craftsman and Kenmore brands, long staples of Sears....but this troubled experiment of coupling Sears and Kmart has clearly not worked...