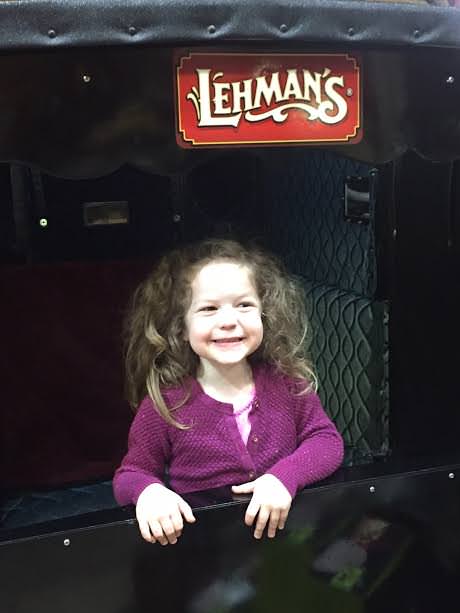 Aster in the buggy. And, as an aside, and I say this admiringly, Lehman's has some great marketing folks. They know a million parents will photograph their kids in this exact spot, so the Lehman's sign is a genius touch.

An Amish Country institution continues to be Lehman's in Kidron, Ohio.  The store is a cornucopia of everything eclectic and old.  The store started out as an old-time hardware store that catered to local Amish customers who needed a crank for that 1900-era hand-cranked cream separator they were using that broke.  The Amish use items that have long gone out of vogue and Lehman's catered to them.  But gradually the store has grown to become a sprawling, wonderful mishmash of items.  They still have those hard-to-find cranks or pulleys or screws, but they also cater to campers and homesteaders and anyone seeking a slice of simplicity.

My first visit to Lehman's was around 1990 when I was attending college in Cleveland.  Back then they were still a relatively obscure, sleepy local hardware store, but under the guidance of the second generation of Lehman's (found Jay Lehman can still be seen working the store floor, I saw him when we were there the other day) it has grown exponentially.  Jay Lehman started the store in 1955 and he's still there. Incredible.  He's in his 80s and still walks the floor like someone half is age. 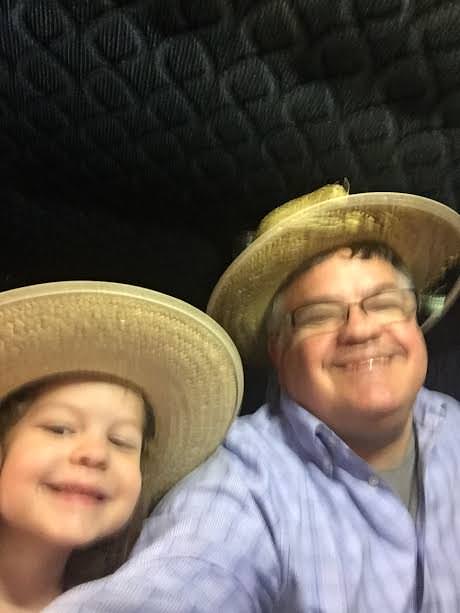 I don't usually do selfies. I'm only doing this because I think it's cute of Aster. There was a box of straw hats sitting next to the buggy and a group of ladies passing by, suggested we put some on, so we did and Aster wanted me to "take a picture for my website". So here we go.

I was excited to take Aster there to explore when we made our visit to Holmes County the other day (Lehman's is actually in neighboring Wayne County).  Lehman's is usually a "must stop" tourist spot, for good reason.  There are still some Amish that shop there, I saw some when we were there, but most go to Lehman's smaller store in Mount Hope.  Not surprisingly, Aster's favorite part was the "Toy Barn" where she got to explore and indulge in a lot of her favorite toys.   They also have a buggy parked in the store that kids can climb into and Aster wasted no time in doing that.

You can peruse Lehman's wonderful website and everything here!