BOOK EXCERPT -  This is the final excerpt from my unfinished memoir entitled "Not So Simple:  My 25 Years Exploring Amish Communities."  The name and names of the Amish have been changed to preserve the family's privacy. Perhaps someday I'll actually finish writing the book!

Over the weeks ahead, Anne and I shared long laughs and conversation as I followed her going about her daily chores.  We would talk about her life, which was going in a very different direction than mine.  I was beginning, I hoped, a meteoric climb in journalism.  Meanwhile, Anne talked of canning, quilting, baking bread, and someday raising children.  It was a mutual flirtation. It felt safe because we both knew it would go nowhere, could go nowhere.  My freshman year in college was scheduled to begin in a few weeks.   I’d build upon my early journalism successes there.  I knew the bonnets, the buggies, the kerosene lamps and language were powerful symbols of separation and I needed to respect that barrier.  I had my world, and Anne had hers.  Still, part of me did not want to leave, preferring to stay in the seeming safety of the Adams County hollows and the Bontrager’s farmstead.

The summer, however, was rapidly waning.  I spent days reviewing my notes and cobbling together a magazine article.  My remaining August days were a blur of packing and preparing for college.  I also found time to visit the Bontragers a final time.   Looking back, it was an impulsive act, and probably foolish.  But before visiting the Bontragers I decided to express some of my feelings to Anne in a handwritten note.  That’s what teenagers did in the days before texts.  I slipped the note in my back jeans pocket and headed to the Bontragers for a final visit.

My attraction to Anne was a surprise.  My love life, if that’s what you call it when you’re in high school, had gotten off to a sluggish start.  I wasn’t an athlete, which seemed to command the most attention in the social strata of Middletown High School.   It would be several more years before I discovered a genuine love of outdoor long-distance running.   In the meantime, though, being the shy features editor of the school newspaper with a fascination in the Amish didn’t exactly make one a magnet for the girls. 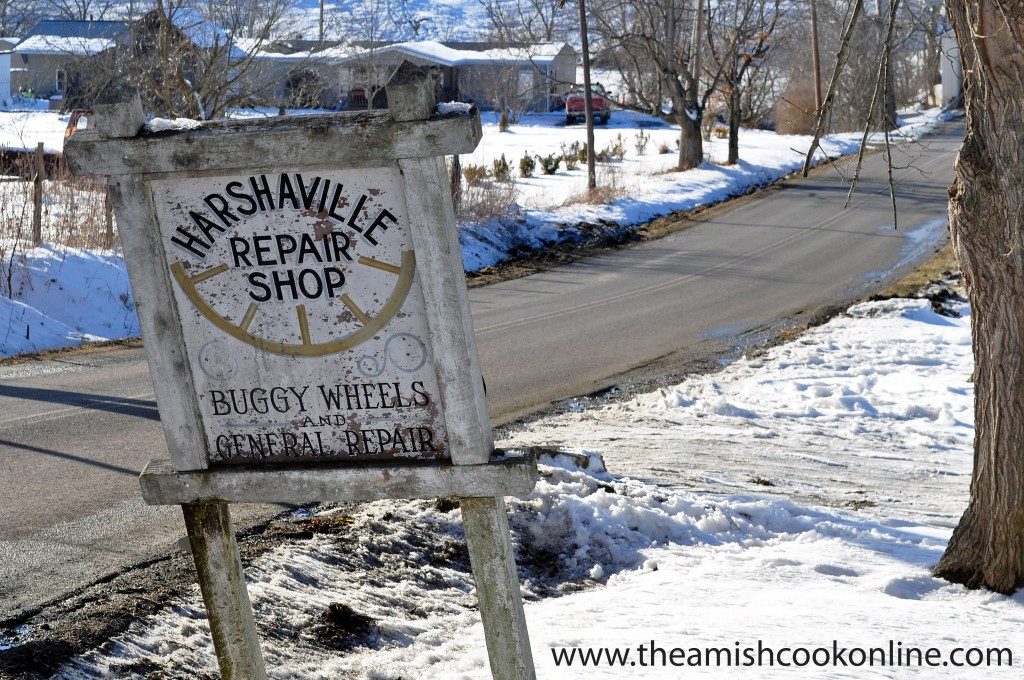 On my final visit, Anne and I stood by a split rail fence as she dumped some hay for the steer to eat.  The distant hills seemed cloaked in a vanilla haze.  I wanted to at least explore the possibility that something more might exist between us. I patted the note folded in my back pocket.  I wanted to talk to Anne instead, to never need the note.  I tried to shed my shyness, to once and for all cast it aside.

Anne paused, holding a fistful of hay in one hand and resting her other on the fence.“Yes?” she said, by now used to my constant questions.  Her bright blue eyes seemed to catch the color of the surrounding emerald hills.

“Um….Never mind,” I said, not mustering the courage to go further.    She smiled and glanced my way and then began putting hay over the fence again.    Soon I could hear a dinner bell clanging across the property, its echo ricocheting off the hills.

After the Bontragers and I enjoyed a delicious supper of homemade bread and hot noodle soup around the same octagon-shaped wooden picnic table where I first saw Anne peeling potatoes, I excused myself and took a walk around their property.   I cursed myself for not having the courage to speak my feelings.  So I left the note on a barrel in the barn where I hoped Anne would discover it when she went to do her evening chores.  I then said a wistful good-bye to the Bontragers and headed back to my life.  I doubted I’d ever see Anne again.