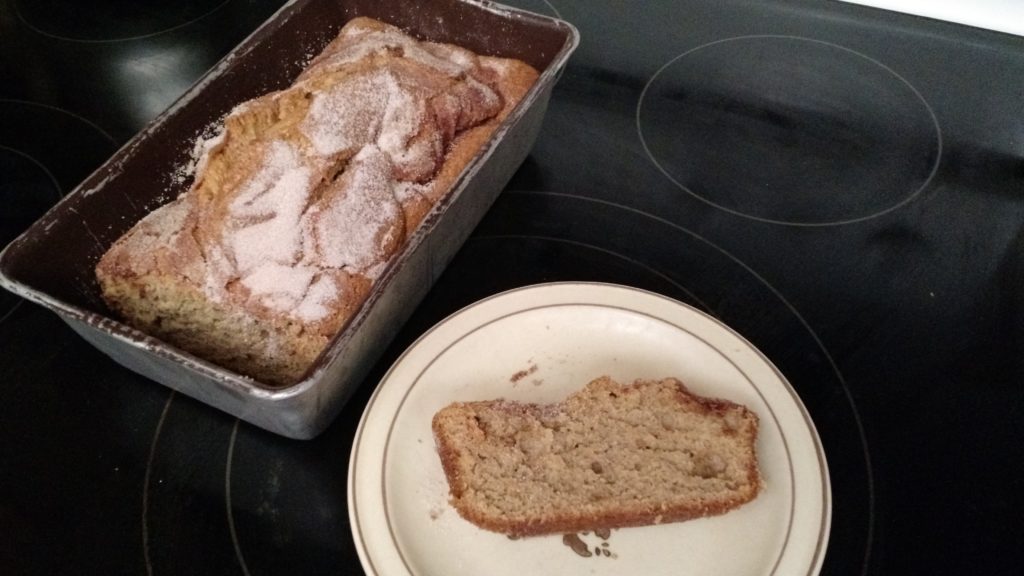 Paula's Amish Friendship Bread turned out tasty in the end.

Editor's Note: Paula is an occasional contributor to Amish365, a humorist, author, cook, wife, and teacher based in Middletown, Ohio.  She is the author of Bok:  The Memoir of A Dysfunctional Dog and Don't Call Me Worm.

I’m a good cook, sometimes.  I’m usually game to try something new.  Frequently, I throw in something unexpected just for fun.  So when a friend offered me a starter of Amish Friendship Bread, I thought, why not?  That was my first mistake.

I dutifully took my gallon size Ziploc bag of the oey-goey cream -colored starter and read the directions.  That, in itself, was difficult since the recipe had been copied so many times that a grey blur covered some of the directions.  The picture of the finished bread was non-discernable. 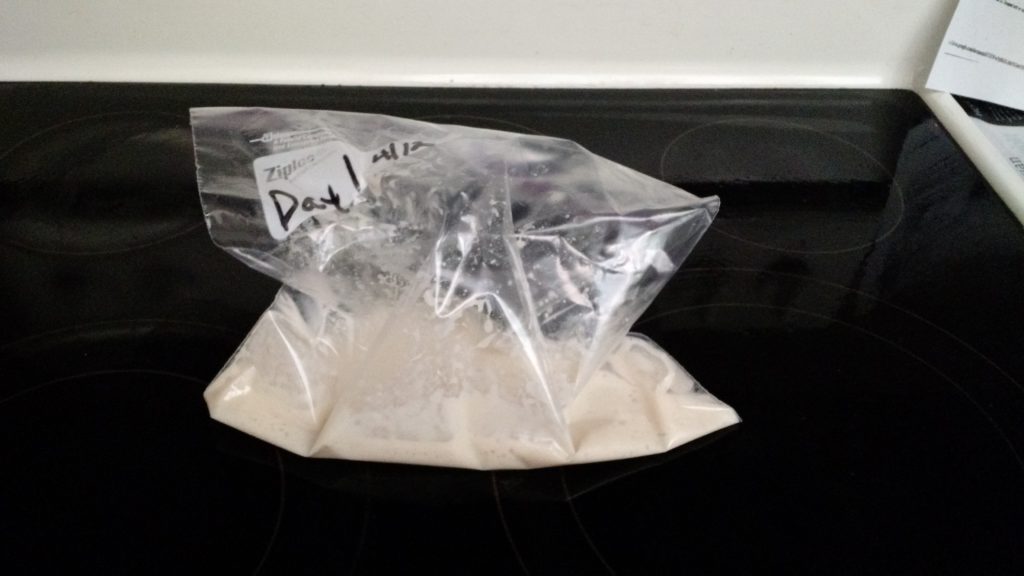 Day one:  Do nothing.  “Hum,” I thought, “this won’t be too bad.”  This is the date on which you receive the bag.  Squish-squash-mush the bag.  Make sure the bag is dated.  Actually, I believed that the directions should have said that the date is the date the starter began since I don’t think all four of my new starter bags will be delivered on day one.

Days 2,3, 4, and 5:  Squish-squash-mush the bag.  That seemed easy enough until  day three, when we were afflicted with a spring invasion of teeny-tiny ants.  They were smart little buggers for they totally ignored the ant traps we put out on the counters and cabinets.  I cleaned out the cabinets and cleared the counters and searched for a can of crawling bug spray.  Wasp spray, flying insect spray, but no crawling bug spray.

Figuring bug spray was bug spray, I sprayed the cabinets and counters.  The next day when I still saw a parade traversing the lower, horizontal, lower facing of the cabinets, I soaked a cotton ball with the spray and wiped it on the wood.  That did it.  No more ants.

No more starter either.  Seems that the spray had permeated the baggie and killed the yeasty starter.  No amount of squish-squash-mush would bring the starter back to life.  Not a bubble was to be found in the bag.  I hung my head and called my friend to report that I had killed my starter.  She said not to worry that she’d give me a new one.  Of course she had another bag of starter.  At the end of the ten day minding of the starter, you divide the new dough into four new bags to start the process all over again.  She had many bags.

Days 1-5 went well, but starting on day six, I was to be gone for three days.  I told my husband he was in charge of the starter while I was gone.  On day six, he added to the bag: 1 C. sugar, 1C. milk and 1 C flour.  Squish-squash-mush the bag.  It was like the starter was craving that sugar.  The bags rose, bubbled, and fermented quite well.  Per the directions, he let the air out of the bags and moved on to days 7, 8, and 9 when he was instructed to squish-squash-mush the bag daily.

On day ten, I looked at the bag with fear and trembling. I read the directions.  “Do not use any type of metal spoons or bowl for mixing.  Do not refrigerate.  Pour entire contents of bag into a large non-metal bowl and add: 1 C. flour, 1 C. sugar and 1 C. milk.  Measure four separate batches of the starter batter, 1 cup each, into four separate Ziplock bags (one gallon size).  Keep one for yourself and give the other 3 to friends along with a copy of this recipe.”

I froze.  Could I actually take this batter that we had lovingly cared for ten whole days and make it into something edible?  I ran shrieking from the kitchen recipe in hand to my husband.  “You do it.”  I ordered.

Understanding my angst, he took over Operation Amish Friendship Bread.  After dividing the batter into four bags, he followed the restof the directions.

To the remaining batter in the bowl, mix together::

In separate bowl, mix together ½ C. sugar and 1 ½ tsp. cinnamon.

Bake at 325 degrees for 1 hour.  Savor the aroma from the kitchen.  (I added that last part myself.) Cool until bread loosens from sides of pan and turn out to a serving dish.

Options:  Add 1C. chopped nuts or raisins.  Use chocolate pudding instead of vanilla.

Eat, enjoy, and start the whole process over again.  Squish-squash-mush the bag.